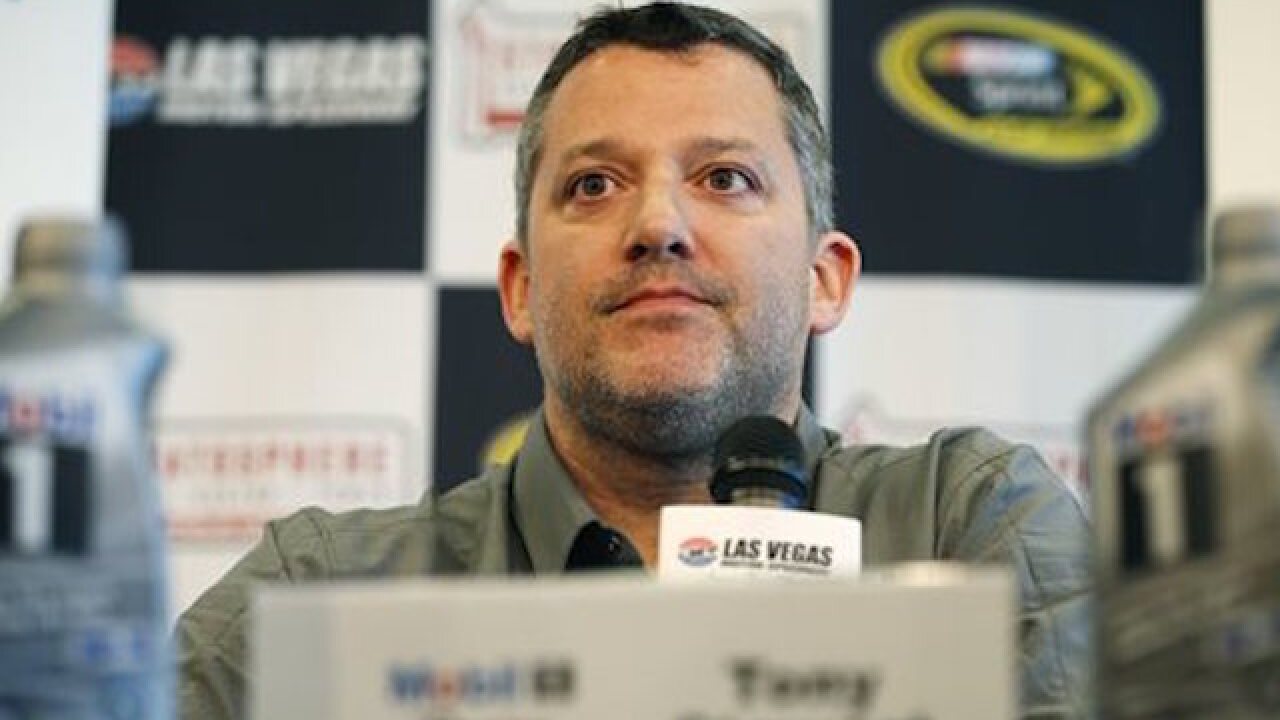 Copyright Associated Press
John Locher
<p>In this March 4, 2016, file photo, NASCAR driver Tony Stewart speaks during a news conference in Las Vegas. Stewart has been cleared to return to racing and will be back in his car Friday, April 22, 2016, at Richmond International Raceway. The three-time NASCAR champion missed the first eight races of the season with a fractured vertebra suffered in a January all-terrain vehicle accident. (AP Photo/John Locher)</p>

CHARLOTTE, N.C. (AP) — Tony Stewart's peers will pay the $35,000 fine NASCAR levied against the three-time champion for criticizing the series about a potential safety hazard during races.

The nine-member driver council said in a statement released by Denny Hamlin it agreed to equally pay the fine. Stewart is a member of the council, which was formed last year and its members are elected by all the drivers in the Sprint Cup Series.

The statement was first obtained late Thursday night by NBC Sports. In it, the group said it disagreed with the fine levied against Stewart earlier in the day for warning NASCAR that not policing lug nuts on pit road was a safety hazard.

Some teams are not applying all five lug nuts during tire changes for a faster pit stop. It's led to a rash of loose wheels the last two races.

"We as drivers believe Tony has the right to speak his opinion on topics that pertain to a sport that he has spent nearly two decades helping build as both a driver and an owner," the statement said. "While we do not condone drivers lashing out freely at NASCAR, we do feel Tony was in his rights to state his opinion. We as a Council support him and do not agree with the fine. Therefore, we fellow council members have agreed to contribute equally to paying his fine."

Stewart, who is retiring at the end of this season, announced Thursday that he will return to racing this weekend at Richmond International Raceway after missing the first eight races with a back injury. Hours later, he was fined by NASCAR for comments he made a day earlier at a sponsor appearance.

"For all the work and everything, all the bulletins and all the new stuff we have to do to superspeedway cars and all these other things they want us to do for safety, we can't even make sure we put five lug nuts on the wheel," Stewart said Wednesday. "This is not a game you play with safety and that's exactly the way I feel like NASCAR is treating this. This is not the way to do this."

NASCAR chairman Brian France said Stewart is "wrong" and the series takes pride in its push for safety.

"I would say this nobody has led, done more and achieved more in safety than we have. It is a never-ending assignment and we accept that," France said Thursday during a meeting of the Associated Press Sports Editors in New York. "We do take offense that anything we do is somehow leading toward an unsafe environment. Safety ... that's the most important thing we have to achieve."

Stewart was due back in the car Friday for the first time this season. He crashed an all-terrain vehicle right before the season began and injured his back.

His return is about a month earlier than expected, and he's eligible to race for the Sprint Cup championship should he qualify for the 16-driver field.