Part of what makes Las Vegas a global travel destination is its world-class live entertainment. And after 7 months without any shows on the strip, some are starting to come back and entertain guests in person again. 13 Action News Anchor Ross Dimattei stopped by the first showing of Absinthe to see what's changed to keep people safe during this pandemic. 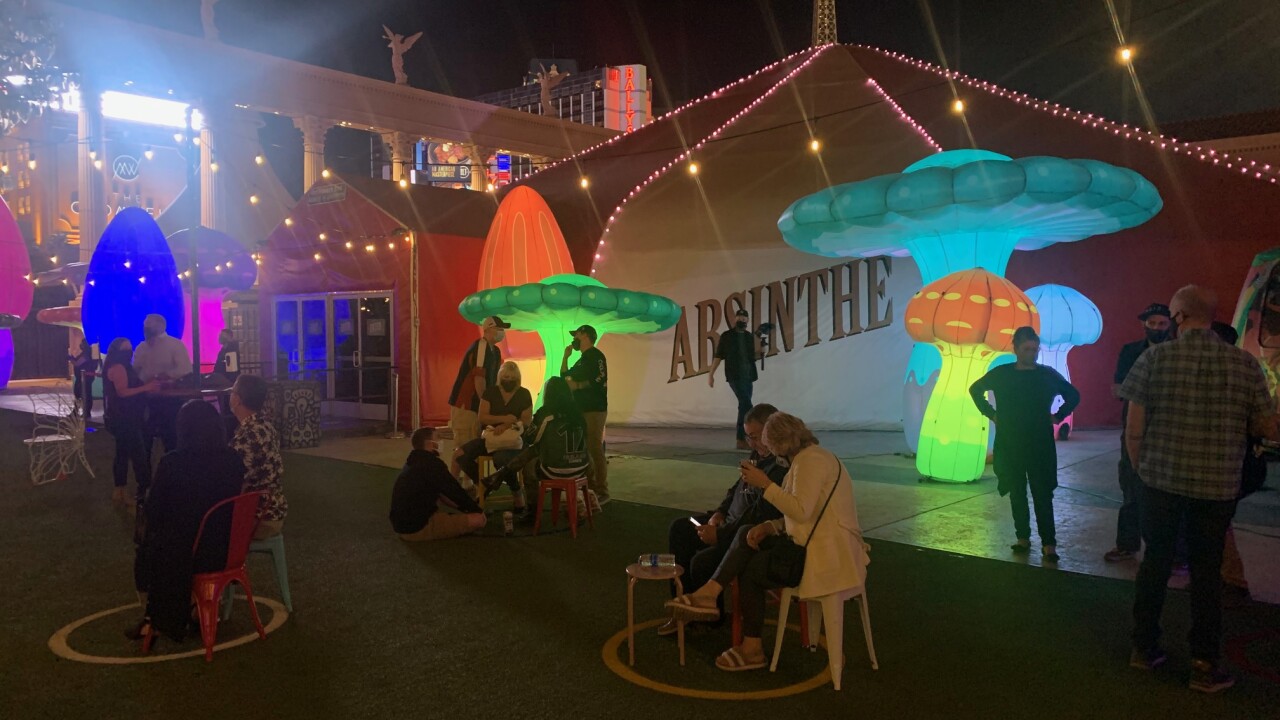 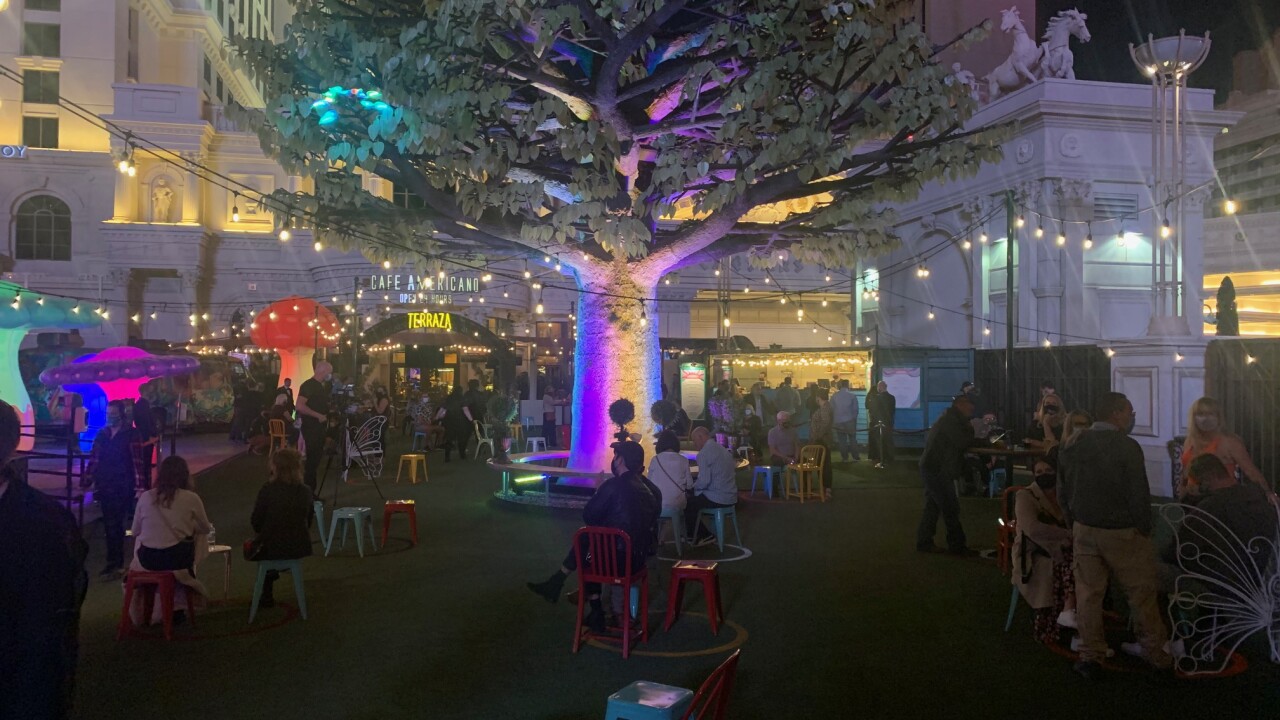 LAS VEGAS (KTNV) — Part of what makes Las Vegas a global travel destination is its world-class live entertainment. And after seven months without any shows on the Las Vegas Strip, some are starting to come back and entertain guests in-person again.

"Absinthe" is one of the first live shows to return to the Las Vegas strip. Organizers say it took months of preparation and planning just to get to this point. "Absinthe" is back at Caesars Palace with the same dirty fun in a very clean tent, or so says the show's founder, Ross Mollison.

"We came back because we had finished the plan, we had renovated the venue, and we felt this was a good opportunity and we could do it safely," said Mollison, the Impresario Extraordinaire behind “Spiegelworld.”

For guests attending the show, the night starts with a health screening and everyone must wear a mask at all times. Passing the temperature test gets you into the Green Fairy Garden, where guests gather in small groups, sipping socially-distanced drinks while they wait.

"The foyer is outside under the Absinthe Electric Oak so that you can come into the venue and have a drink and you’re still outside. It’s the same for our artists. When they’re having a break after the show, they’re outside as well," said Mollison.

And when it's almost showtime, small groups are slowly invited inside the "Spiegeltent," according to the color of the circle where they're sitting.

"We can fill the venue at like 10 people at a time, so we’re not creating a crash anywhere. Everything is about trying to re-choreograph, not just the show, but the audience experience, so they come in safely and they leave safely," said Mollison.

13 Action News cameras were not allowed to film inside the tent, but in footage shared with us by "Absinthe," it appears to show a reduced audience of 150 people spacing out under the new cabaret-style seating arrangement.

"We’ve got a 25-foot distance from the artists' performance stage to the first audience member. They're social distancing throughout, six foot social distancing between each table of people. Everything has been considered here," said Mollison.

And Mollison says guests can breathe easy knowing the Spiegeltent itself underwent some major renovations, all aimed at better protecting patrons.

"We ripped out the floors and replaced them and painted them with a special substrate that kills anything that lands on it. We put in new ionizing air conditioning systems with hepa filters and increased the thru-port," said Mollison.

Mollison says he's taking all these precautions so performers can safely get back to doing what they do best, putting on a great performance and making all of Las Vegas laugh.

"The cast are really proud. They’re just proud that they’ve been given this opportunity that we’ve all been given, the trust to do this, and the whole world is watching," said Mollison.

"Absinthe" is running two shows a night from Wednesday through Sunday of each week. If you want to find out more about how to get tickets or about the safety protocols in place at Spiegelworld, click this link.