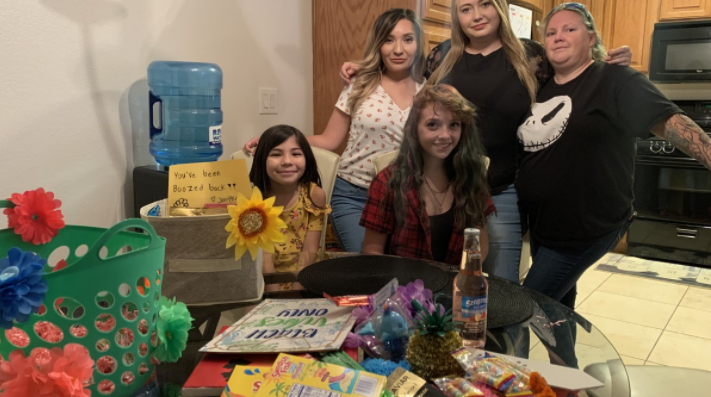 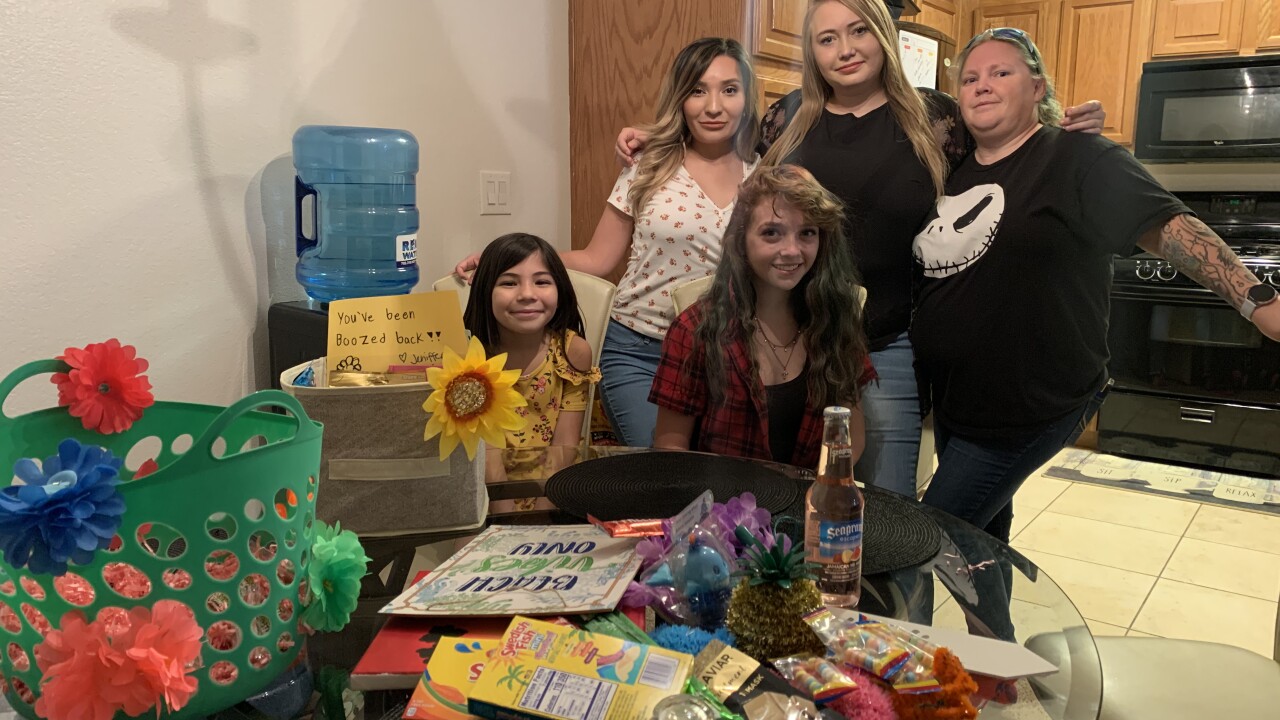 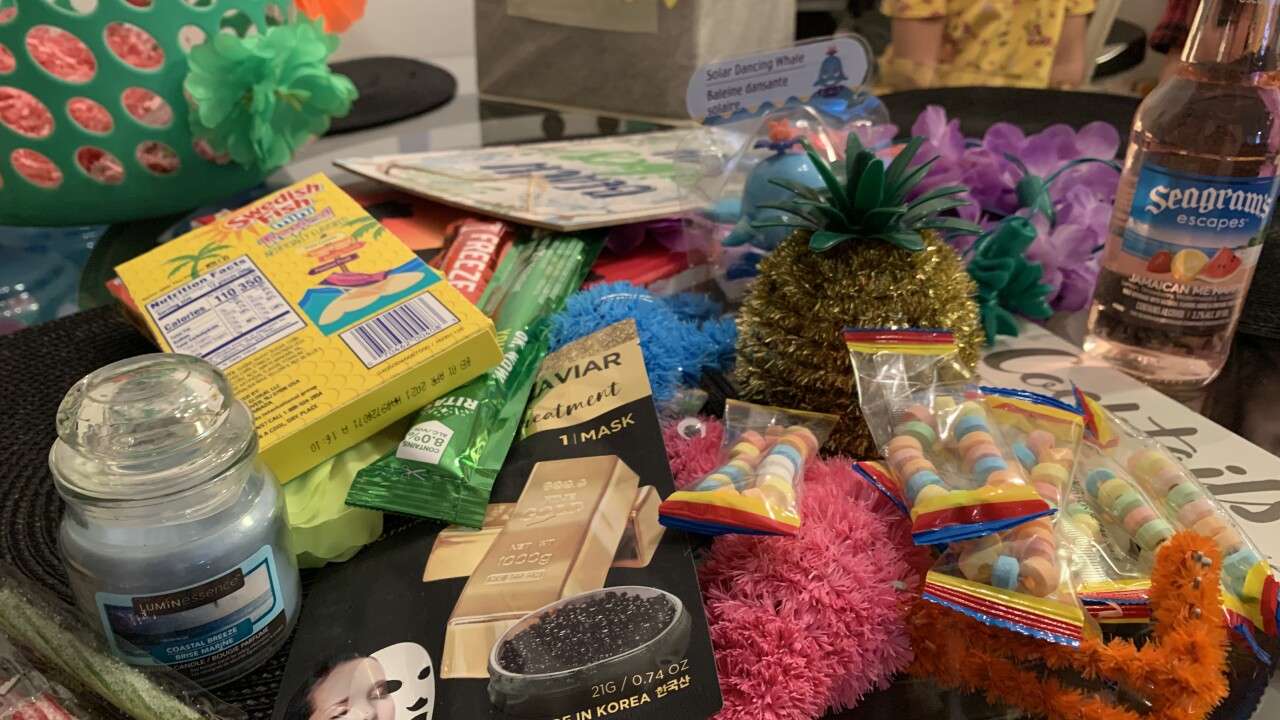 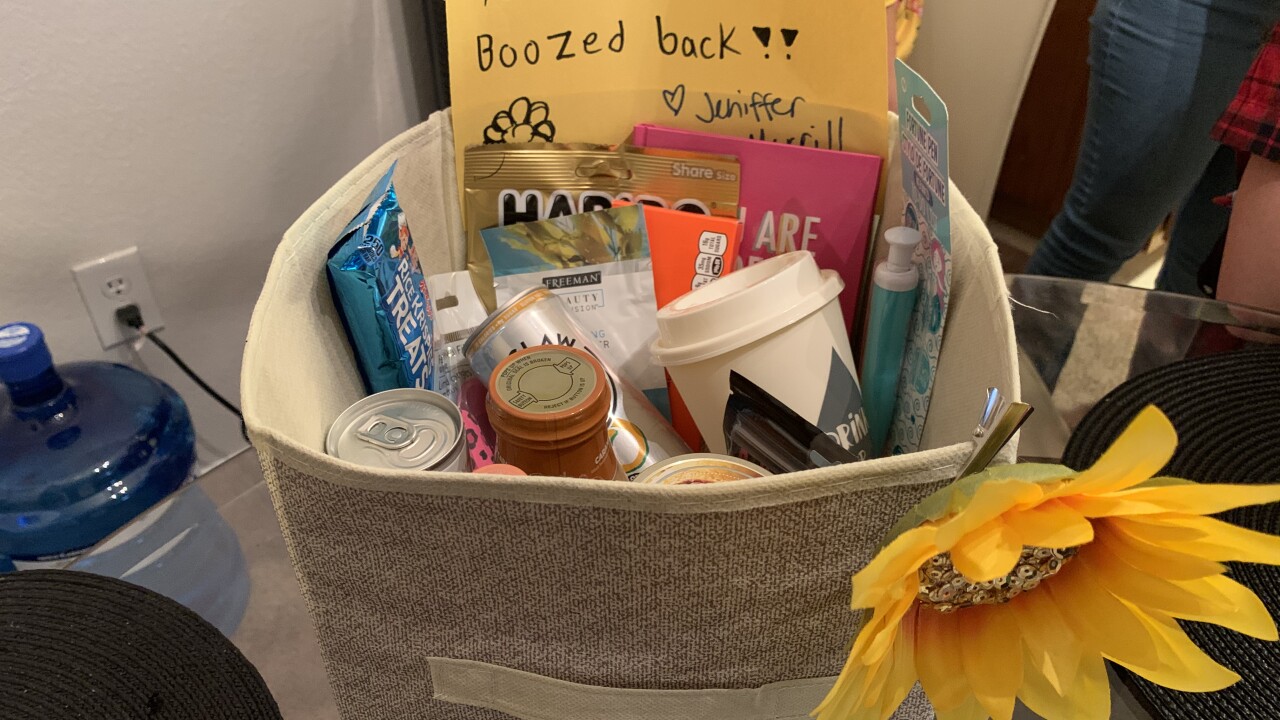 LAS VEGAS (KTNV) — We're now more than five months into this pandemic and if you're feeling like it's never going to end, you're not alone.

For months, we've listened to therapists and counselors stress the importance of maintaining good mental health throughout this pandemic. Thousands of ladies in Las Vegas are finding out that one way to do that is with a good gift basket dropped right on to your doorstep.

If you happen to see someone playing ding dong ditch in your neighborhood, don't be so quick to call the cops. There's a good chance it's just one of the "Booze Banes!"

"It’s getting big. It’s been getting big fast. It’s over 4,000 members," said Heep. "I mostly did it for everybody else, honestly. During this time, there’s enough going on, and I feel like everyone should be happy," Heep added.

She says it's easy to get on board with the Booze Babes.

"People will post an introduction post about themselves: things they like, things they don’t like, drinks they like, stuff like that. And then, random people will choose you. They will message one of us [administrators], and then will send them their address. They’ll pop up at your house and then they will ding-dong-ditch you and leave a prize on your step. So, when you open your door, you have something to get excited about," said Heep.

It's an exercise Jennifer Eastman knows well after her sister tipped her off to this empowering group.

Since she got boozed, Eastman can't stop building baskets and boozing others!

"Honestly, it just gave me a sense of purpose, being able to make other people happy and I’m happy with my surprises too," said Eastman.

After getting furloughed from her job, Eastman says the Booze Babes have been a blessing, taking up her downtime and bringing her closer to her community.

"During this crazy time, you feel like everyone’s not working together, everyone is against each other, like in the stores and fighting over things, when really, there’s this group that's right next door. And you’re like, 'everyone does love each other. Everyone does have that sense of partnership and our communities and we can all work together to do things better,'" said Eastman.

And Mariah says that's the group's goal, lifting spirits while giving back, one basket at a time.

"This is why I want to do this, because there's girls out there going through stuff right now, they are stuck in the house. And getting a little prize like this, it’s not much, but it makes the world difference. It makes a big difference," said Heep.

Heep says you don't have to be a drinker to join. She says there are only three rules: you have to be 21 or older, you have to live in Las Vegas, and no drama is allowed! You can request to join by clicking this link.