2020 was supposed to be one of the most popular years to get married, now countless people are cancelling their celebrations. A lot of couples have decided to 'downsize' their wedding ceremonies. 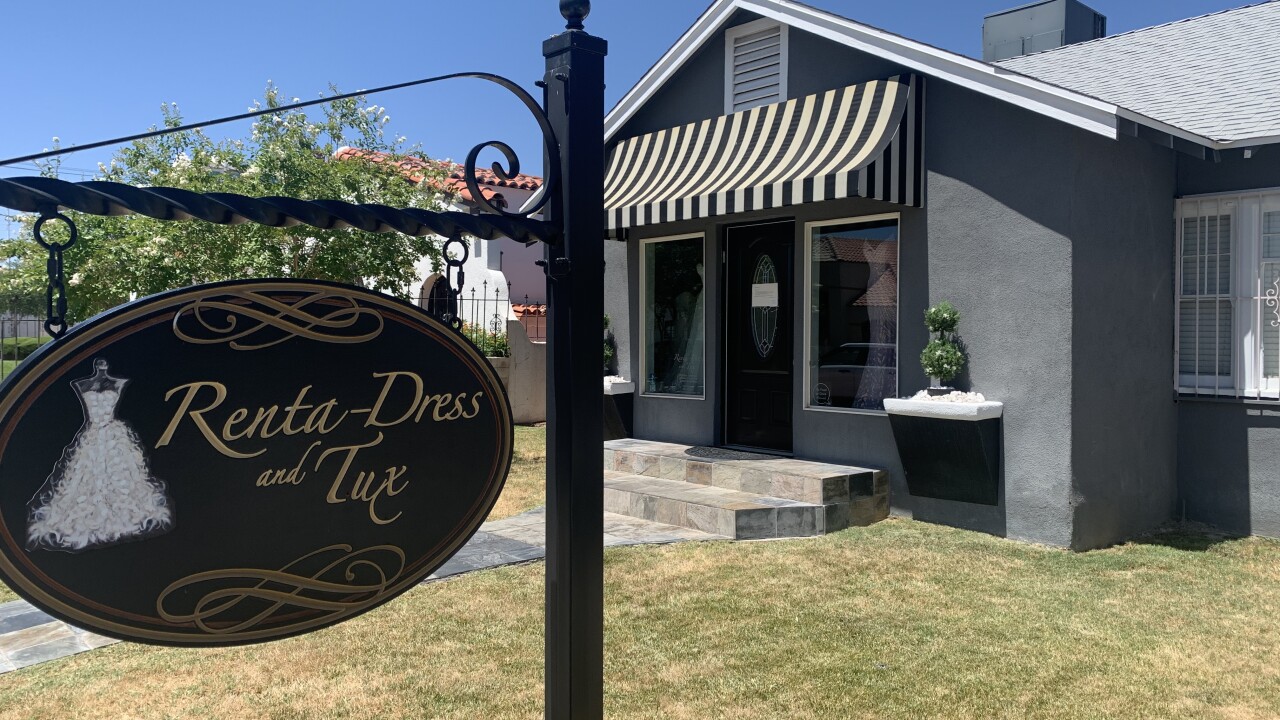 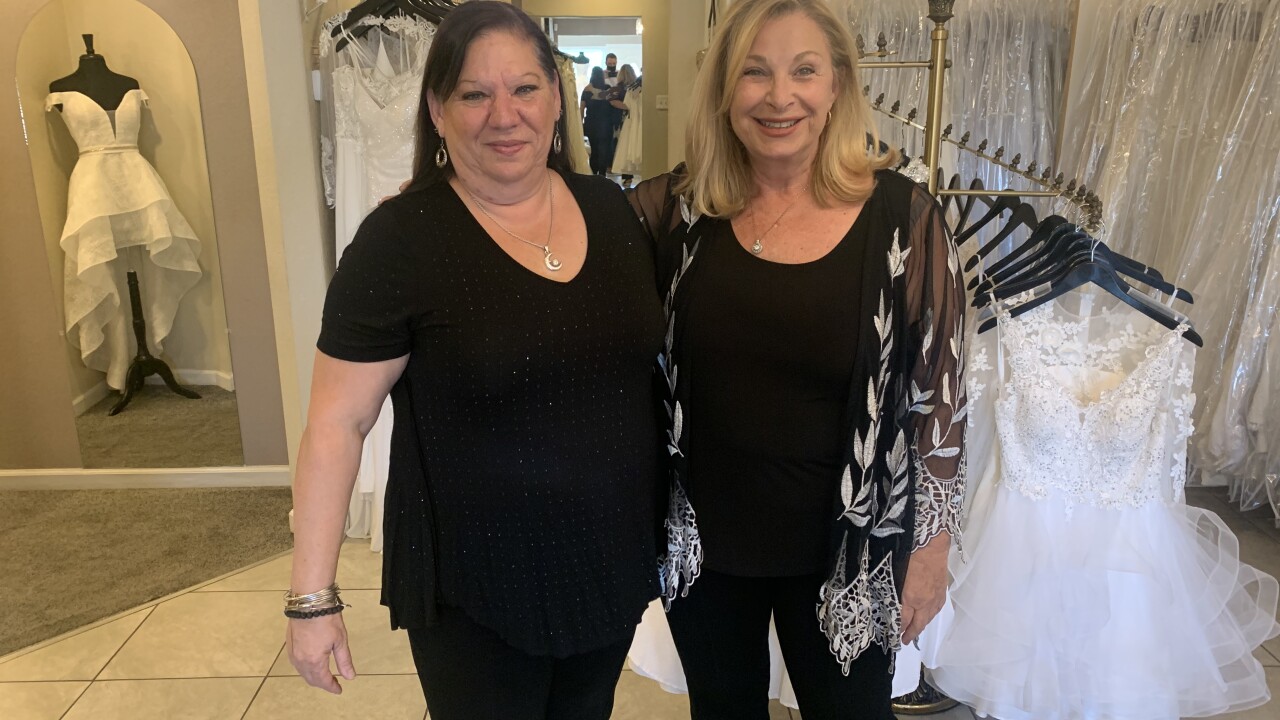 LAS VEGAS (KTNV) — 2020 was supposed to be one of the most popular years ever to get married, but the novel coronavirus has forced countless couples to cancel their big celebration.

During the time of social distancing and no mass gatherings, many of those couples are opting to downsize to a smaller ceremony, or as many are calling it, a "mini-mony!"

For the past 30 years, Joni Moss-Graham has been helping couples get married in the wedding capital of the world.

"You’re involved in somebody’s life changing day and being a part of seeing the emotion and change, I miss that. I miss our couples," said Moss-Graham, CEO of LV Wedding Connection, in reference to the lack of business she's seen since the outbreak of COVID-19.

"I have the best job in the world, I swear. I am working with people on their happiest day," said Dianne Schiller, owner of Renta-Dress & Tux in downtown Las Vegas.

Schiller can make any bridal party look beautiful for the big day, with no notice needed!

"We do it and we do it well. We can pull together a full-on wedding in an hour," said Schiller.

Together, Schiller and Moss-Graham have been tag-teaming weddings in the valley for years. But back in March, COVID-19 crushed the wedding industry almost overnight.

"It instantly stopped," said Moss-Graham. "We did have a lot of people who, obviously, canceled. We deal primarily with people from overseas. That was hard. A lot of those people just want to be refunded back, which we were happy to do," added Schiller.

Despite the pandemic, some couples have made it clear that they still want to get married, even if it means having a smaller ceremony.

"Mini-monies are typically 10 and under, 10 amount of people and under. It used to be called elopements and elopement still exist, but now there’s just seems to be another name for them," said Moss-Graham.

"They had planned a big wedding and when that all fell apart, they just want to get married so they scaled-down and did a 'mini-mony' and it’s worked," said Schiller.

By downsizing their big day, couples are finding they can tie the knot for a lot less, while keeping loved ones safe.

"Then the party and celebration can take place later and people will not be devastated. Everybody understands the situation," said Schiller.

For the few guests who can come, couples are keeping them at a safe distance, often opting for a ceremony outside.

"We do quite a bit at Valley of Fire and Red Rock and helicopter ceremonies and Mount Charleston. And people in the pandemic are maybe looking more to the outdoors than before," said Moss-Graham.

For the wedding vendors, they say "mini-monies" are still financially worthwhile. In fact, they're keeping them afloat.

"I want to stay in the lane of quality versus quantity, giving the couple the best quality. If I have one event in five days, so be it, but it’s going to be a great quality ceremony for these folks," said Moss-Graham.

Many "mini-mony" couples are still planning to hold some kind of large-scale celebration or party when COVID-19 finally clears up.