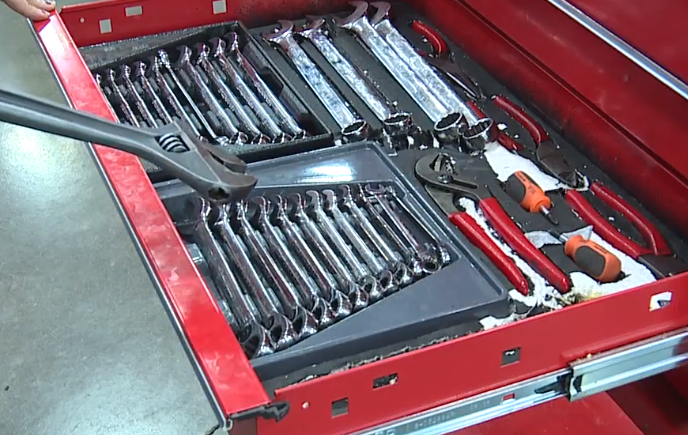 The auto repair industry has long been dominated by men, but as the mechanics of cars have changed making the job less physically demanding; more women are seeking careers in automotive technology. 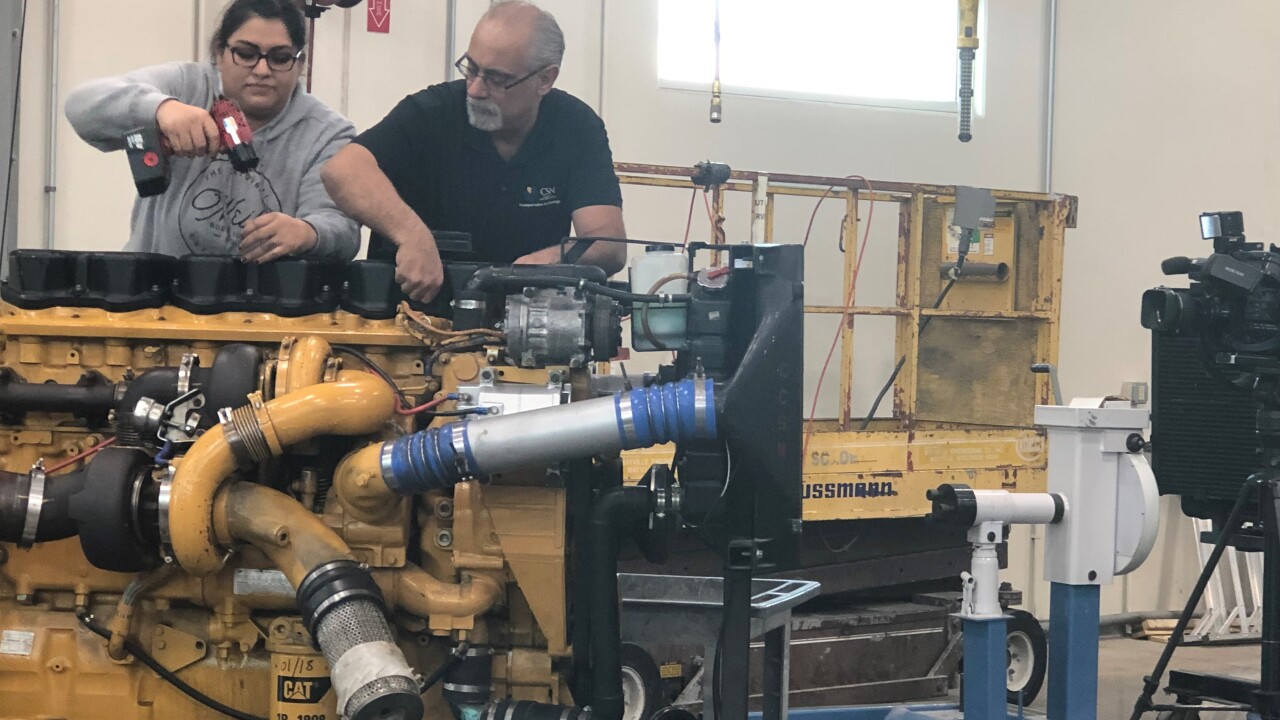 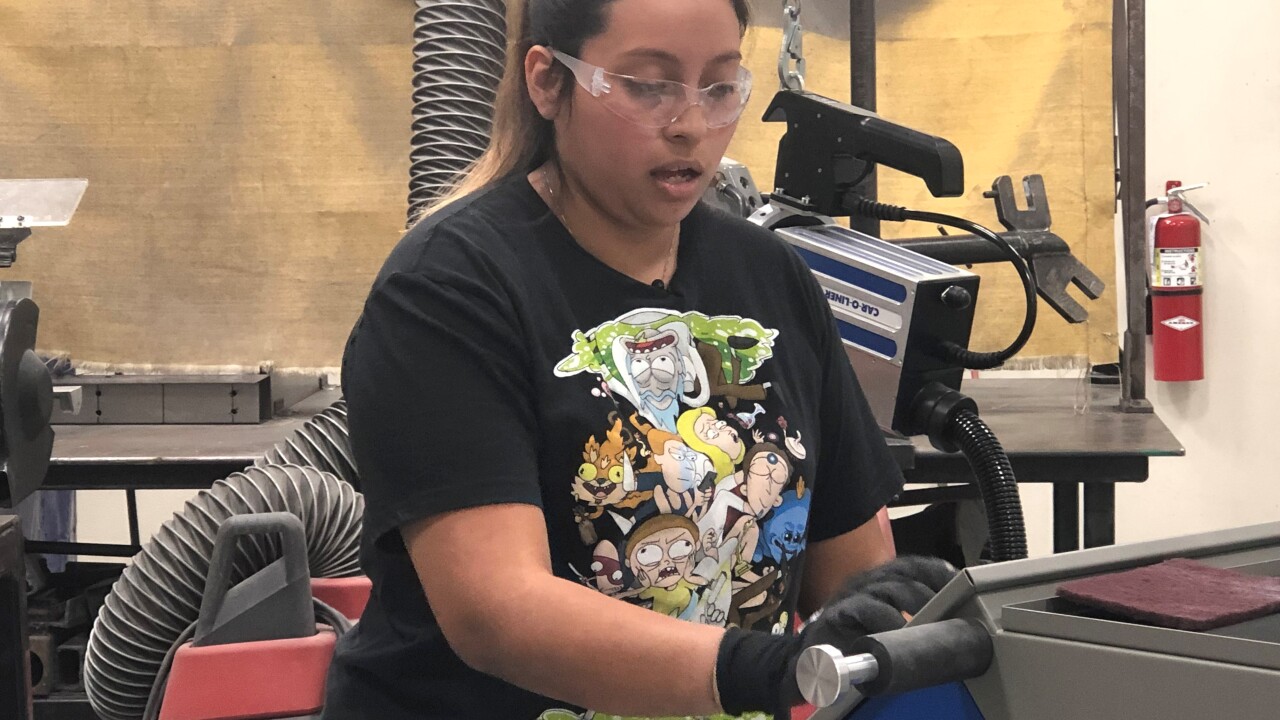 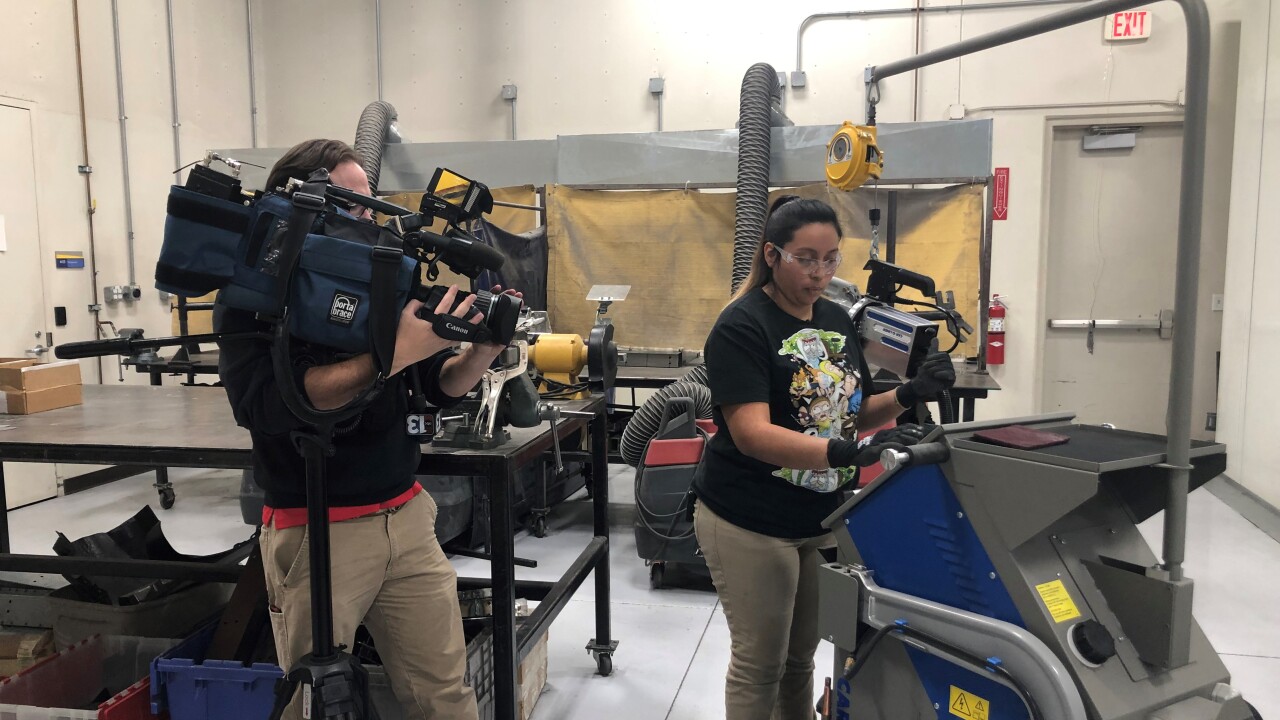 LAS VEGAS (KTNV) — The auto repair industry has long been dominated by men, but as the mechanics of cars have changed making the job less physically demanding; more women are seeking careers in automotive technology.

Like a lot of little girls, Cheyenne Delgado dreamed of being a princess.

"I wanted to do fashion too. But I was also tomboyish," Delgado said.

These days her fashion choices include work gloves, jeans, and safety goggles.

"It’s fun and I like getting messy," Delgado said. "So I don’t think that would work really well with fashion."

The tomboy won out over the princess after she started helping her uncle work on cars.

Cheyenne is a collision student in the College of Southern Nevada's Automotive Technology Program. It prepares students to work in the automotive repair industry.

She is one of an increasing number of women pursuing careers in what has been a male dominated field where there are plenty of opportunities and well-paying jobs.

They get hands on training in labs in addition to taking traditional academic courses. She's in her second year of classes and already showing 13 Action News Anchor Carla Wade how to weld like a pro.

When Jazmin Hurtado first started classes she realized quickly she would have to prove herself.

"The first day I got here guys kind of pushed me out of the way," she said. "Because they don’t think you are here to actually work on things."

Even her family had reservations about her working around mostly men on greasy diesel engines.

"I always had the interest. I didn’t really get the chance to work on cars because my parents are really traditional and they didn’t want me doing any of this," said Jazmin. "I still have a lot of family members who don’t want to accept the fact that i want to do this. That this is a guy’s job."

Jazmin just finished up an internship earning 15 dollars an hour while shadowing a professional. It helped sway family members who were skeptical a woman could earn a living working on engines.

In Cheyenne's program, collision, only 7 percent of the students are women. In Jazmin’s program, women make up only two percent of students.

But after two years they can earn an associate degree and be on their way to working in an automotive shop or a car dealership. While its challenging both women see themselves working their way up to management positions and even running their own shops someday.

"I thought I was going to be so nervous," said Delgado. "But getting into it I have awesome instructors. Students that help me out too. It’s wonderful. I like it."

For more information on this program, you can go here.