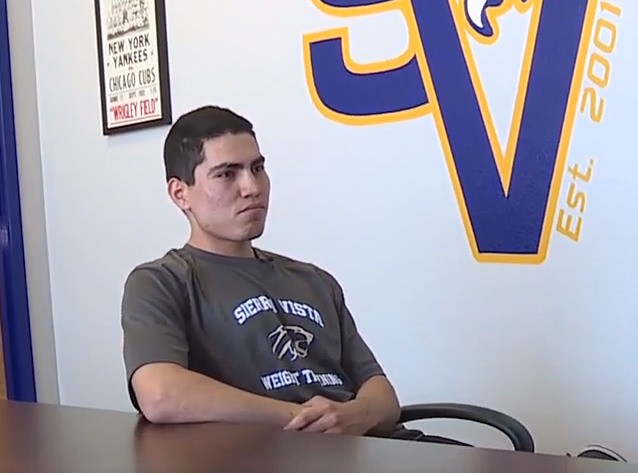 As graduation season approaches the CCSD is recognizing the Star Graduates at each high school. At Sierra Vista High School they didn't look at the top of the honor roll, instead of focusing on the graduate with an amazing journey despite barriers at nearly every step of his young life. 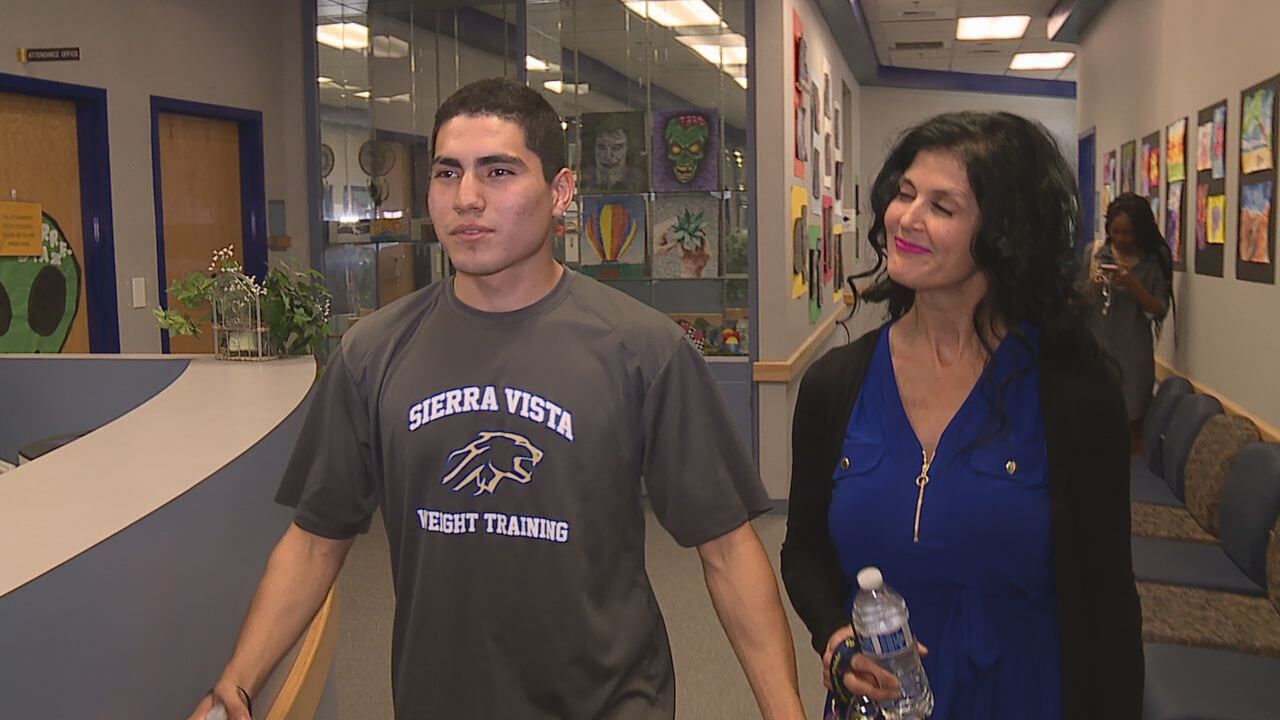 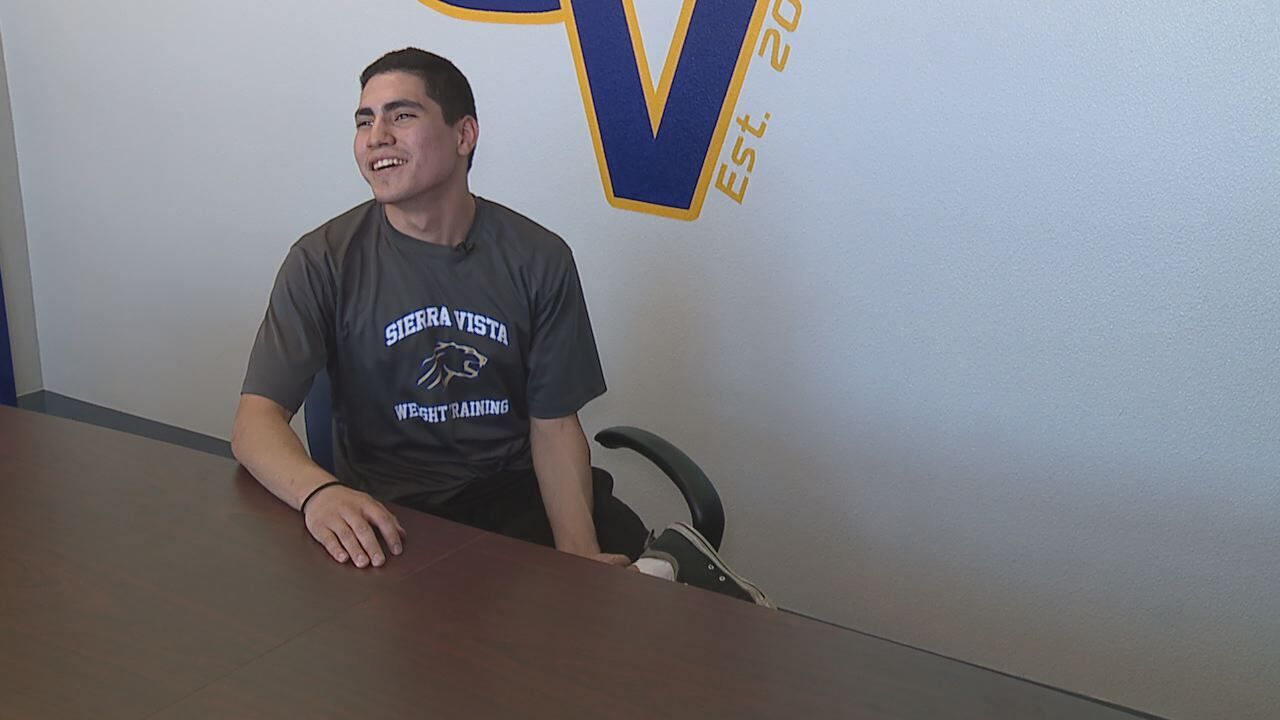 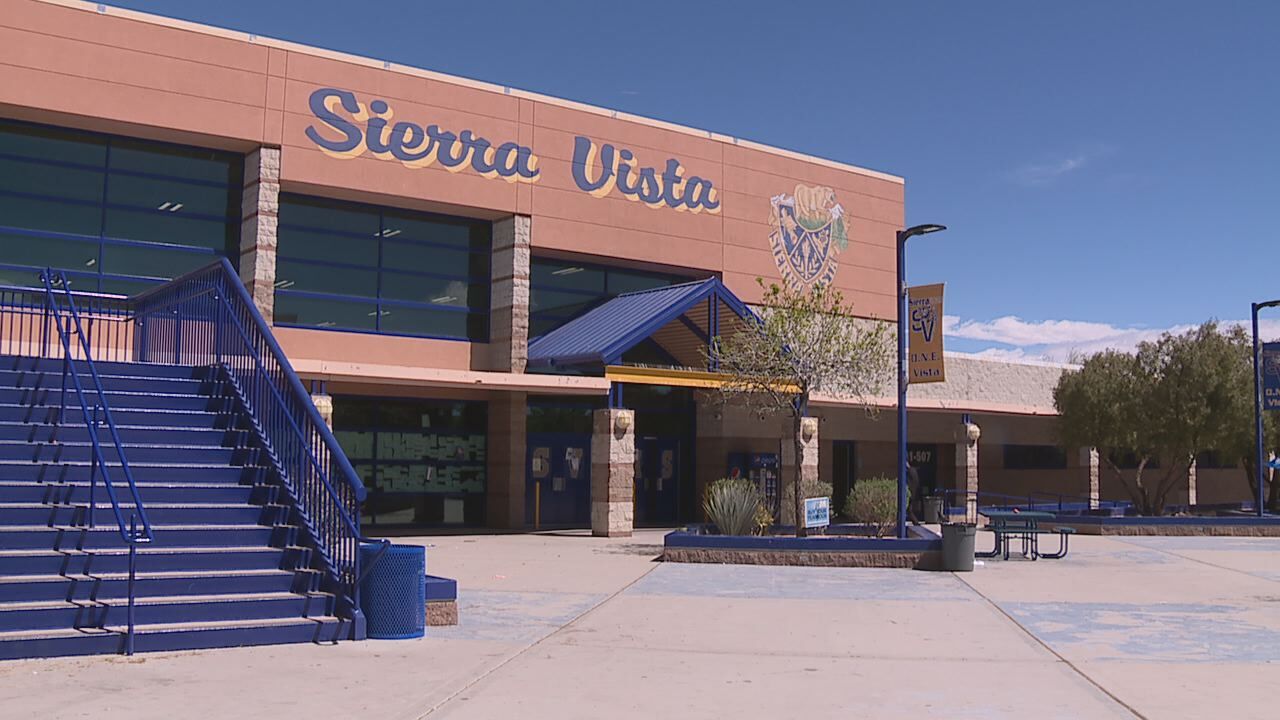 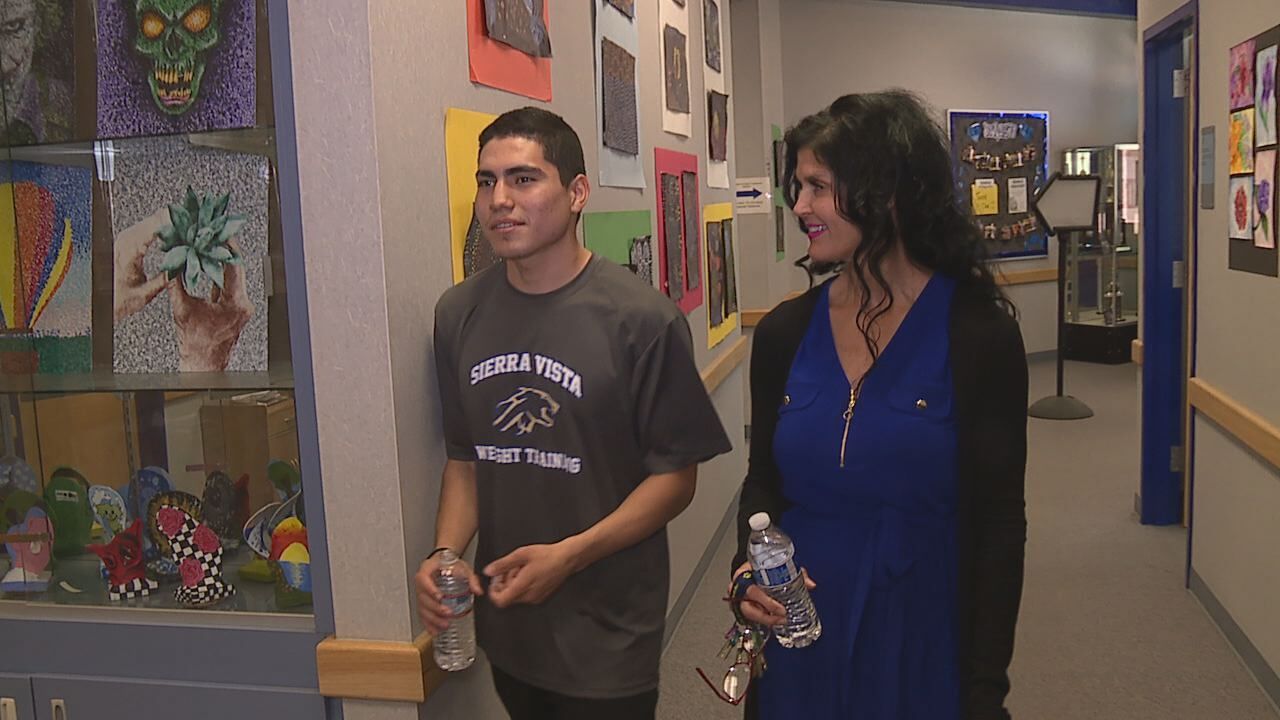 Most have laundry lists of accomplishments that would make them a leading candidate for valedictorian.

At Sierra Vista High School they didn't look at the top of the honor roll, instead of focusing on the graduate with an amazing journey despite barriers at nearly every step of his young life.

"He was really one of the least likely kids in our school to graduate. It wasn't really until this year that he started to put so much into it," counselor Dana Papania said.

The counselor is talking about Angel Garcia, as she recalls her immediate reaction to the nomination for Star Graduate. That reaction was an immediate call to Principal John Anzalone who supported the nomination after he witnessed Angel's transformation.

The senior is now set to graduate with his classmates, carrying a GPA near 3.0. While that doesn't put him at the top of his class, it shows a tremendous turnaround for Angel who failed all his classes his freshman year,

"I wasn't really thinking about graduating. I was just going," Angel said.

Now the senior is planning to begin working toward a career as an electrician after picking up his diploma, something Papania said he's shown an affinity for after focusing on his education.

"He is very smart. It is not just a matter of he did the work. He is very brilliant. His math, he is crazy smart when it comes to that," Papania said.

You won't hear Angel tell you any of this because he is a man of few words, who prefers not to talk to himself. That trait is what made it so tough for Papania and other teachers to get through to him.

"The first two years you wouldn't even speak to me," Papania said to Angel.

Even when he was in her office, Papania said: "even if he didn't speak to me, he would still listen."

Then the breakthrough came when even Angel admits he expected the counselor to give up on him as many have before - this as he was caught adding graffiti to the campus. But, Papania's reaction built a new sense of hope.

"I literally grabbed his hand and said look at me. We've been through 2 years now, and you haven't spoken to me, you haven't said a word, but always you listen," Papania recalled. Do you trust me now? He shook his head, yes and he started speaking. The dean starts crying, I basically start crying, and he starts crying. There was a breakthrough at that point."

Angel said at that moment he expected to be kicked out and sent to a new high school, but Papania wasn't going to let that happen and pleaded with the principal.

"I asked him please, please please I'm going to ask you one favor. Can I please keep him here," Papania said.

When the Anzalone agreed to give Angel another chance, the teen says it showed they truly cared.

In that moment and the months to come, even Angel admits Papania became more than a counselor. When asked if she became a friend, Angel responded "more family."

Papania said she doesn't deserve the praise for Angel's transformation, because he is the one who put in the hours in the classroom and earned the grades.

"Your story is huge, and he is really inspiring," Papania said drawing a groan from Angel.

Angel acknowledges the counselor and teachers at Sierra Vista High School helped push him to make that change and says that other students in his situation should seek out support as he found in Papania.

"They need family they need somebody to tell them to do this. They've got to see that people are trying to help them," Angel said.