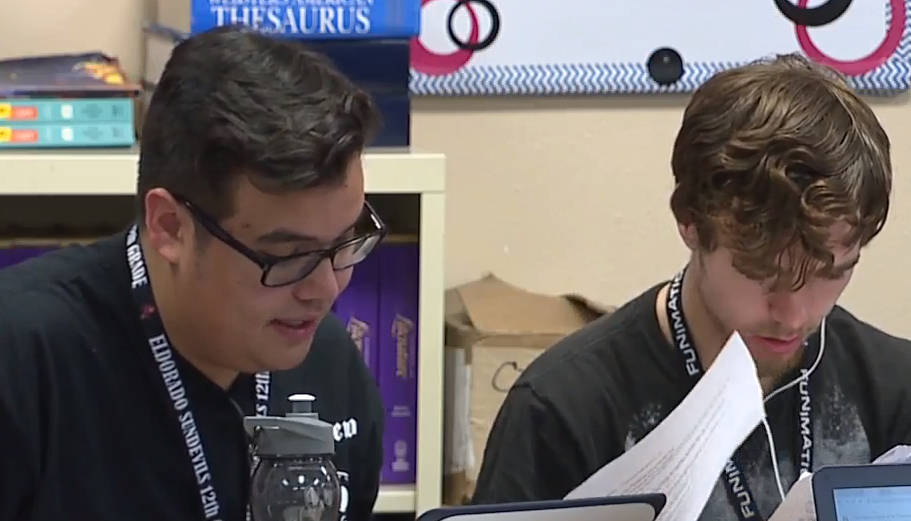 El Dorado High School Principal Dave Wilson's favorite phrase over the past month has become, "Thank you for wearing your ID." 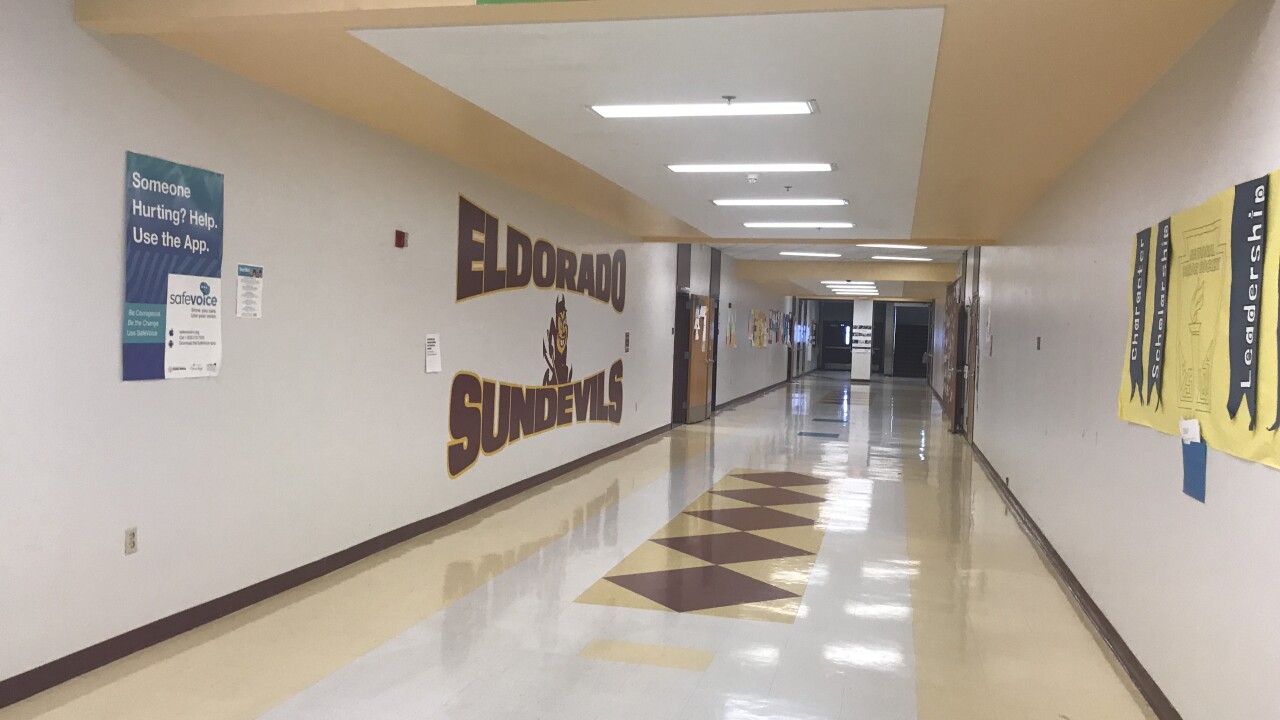 He utters the phrase dozens of times a day as he walks the halls, looking for the colored lanyards and student IDs he recently started requiring all students to wear on campus.

Wilson says he is introducing the IDs a semester before they will be required on every Clark County School District campus.

"It is a matter of safety. I need to be able to identify you are one of my students," Wilson said.

Wilson says the need was highlighted during a security operation on campus with school police and Las Vegas police.

"They walked through the front stamped the tardy late; we would have had no idea they were non-students," Wilson said.

He also said that while most of the students were just looking to see friends, unfortunately, some of the non-students had more sinister motives.

"Two students from an alternative high school come to sell drugs. Once again there were no identifiers they were not my kids," Wilson said.

Now, when Wilson sees a student without one of the colored lanyards, he offers a simple challenge, of where "where is your ID?"

While students say they were thrown off at first, they admit they see the safety aspects.

"I just thought it was strange. Why do that now?" Jonathan Ramirez said. "Safer in that it is not just some random kid coming to school who doesn't actually go to the school."

Students also say they are starting to get the hang of the routine.

"Other than waking up half asleep in the morning and forgetting it, but that has only happened once," Cazden Nix said.

But for teachers and the principal, there has been a learning curve.

Those are things Wilson is planning to change, along with the style of lanyard to prevent possible safety issues.

"Unfortunately, students come up and grab IDs, and if you don't have a breakaway you are going to get choked," Wilson said.

But the move isn't just about safety; it will also save teachers time as Wilson plans to put scanners in every classroom - saving teachers the precious minutes it costs to take attendance each period.

"Every minute counts so if you can turn around, not have to take attendance, not have to stop and stretch for students coming in tardy, that is going to be huge," Wilson said.

Green Valley High School is also testing the ID system out but is focusing on the attendance aspect more than security.

Cost is always a big concern on school campuses, but Wilson said one thing to consider is most students already get student IDs, and the supplies are mainly one time costs that will make campuses safer.

Copyright 2019 Scripps Media, Inc. All rights reserved. This material may not be published, broadcast, rewritten, or redistributed.
What is Raising The Bar?