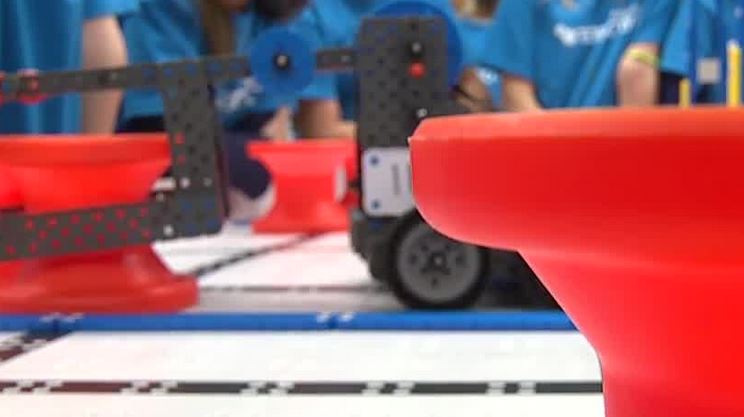 Clark County is turning into a hotbed of robotics operators with 7 teams from the area qualifying for the VEX IQ World Championships, 3 of those teams came from the same elementary school. 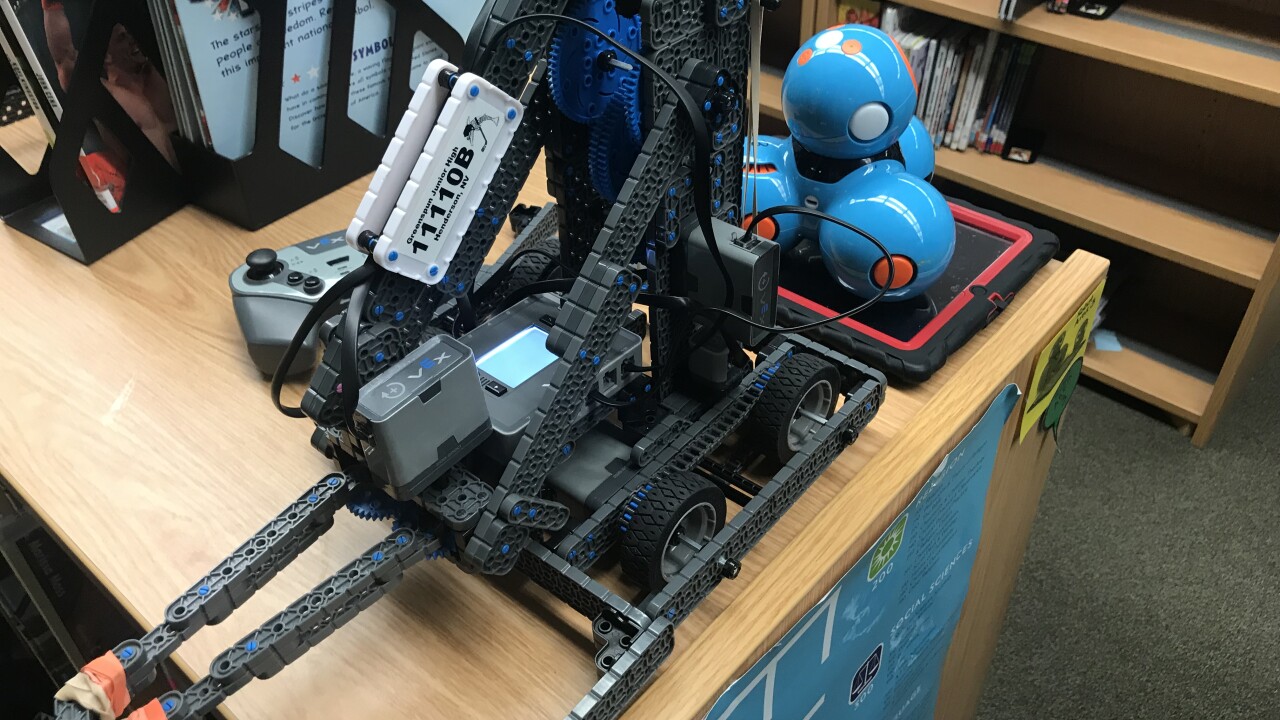 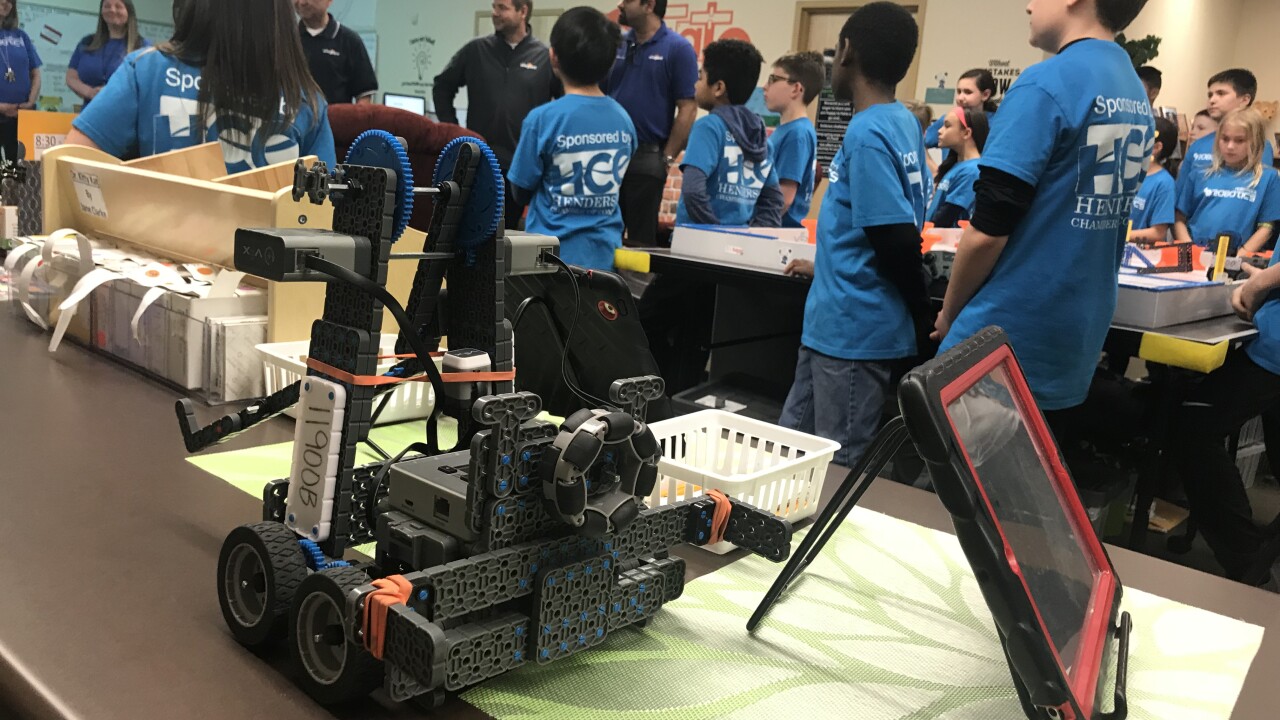 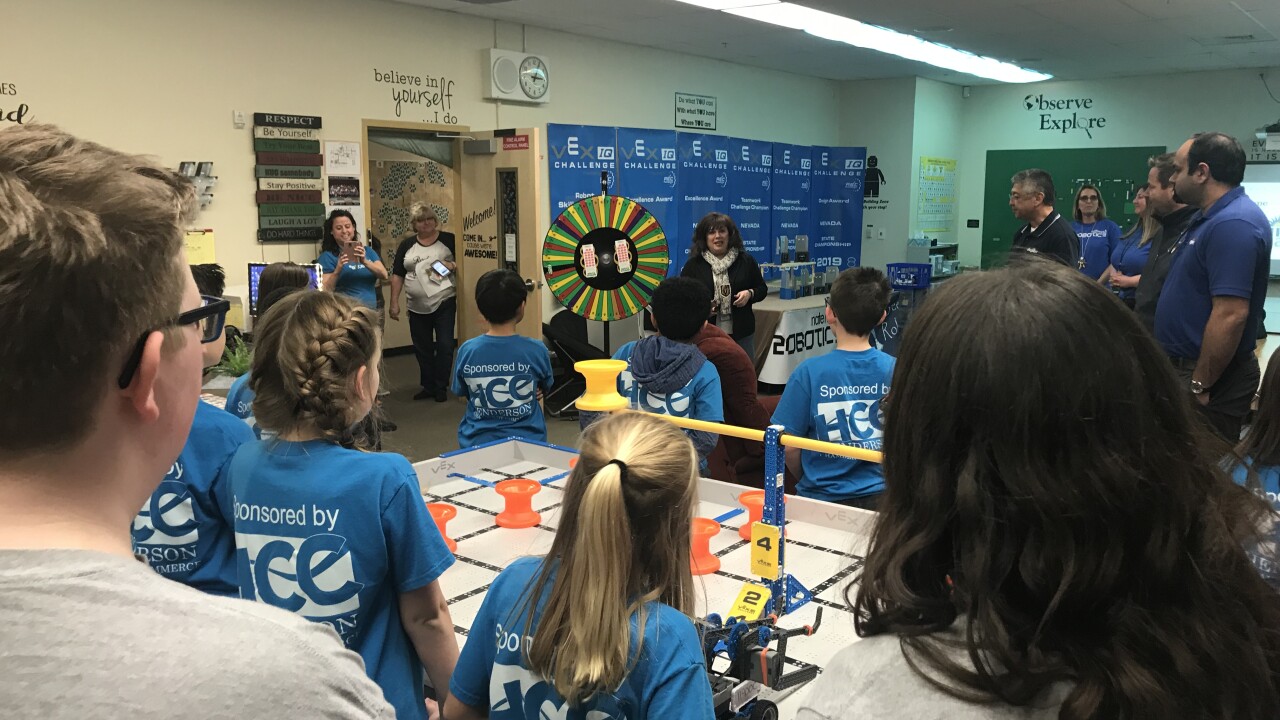 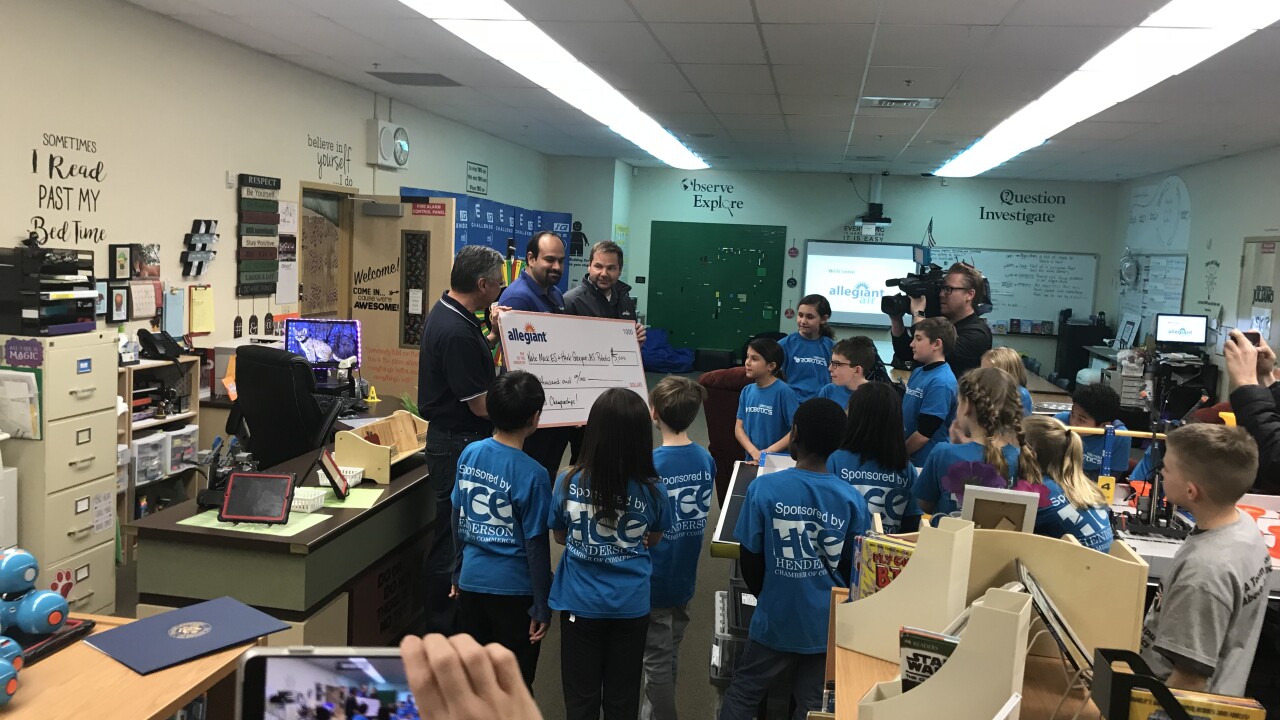 HENDERSON (KTNV) — Clark County is turning into a hotbed of robotics operators with seven teams from the area qualifying for the VEX IQ World Championships, three of those teams came from the same elementary school.

Anyone walking into the Nate Mack Elementary School library may think the students are playing video games after taking a glance at the controller in their hands.

But those controllers were programmed by the students to control the VEX IQ robots they built in the library/STEM lab.

"This is what makes it so we can stack," Allen said.

Allen and her fellow Mack Elementary School robotics team members have been hard at work fine-tuning their VEX IQ robots for competition.

"The first adjustment we made was to make the claw longer so we could reach the bar," Allen said.

Three teams from their school qualified for the world championships after showing they are the best in the state at moving and stacking with their creations.

"We just have to make sure we understand how things work before we go," Allen said.

They are going to be joined by a team from nearby Greenspun Junior High School, where Chacen Rasavong is making his third trip to the competition.

The 7th grader is hoping to use his growing engineering knowledge to come out on top.

"I didn't come into robotics know about torque or speed like that. I also learned about the stability and balance of it," Rasavong said.

While the students didn't initially realize all they'd learn, the coach of the Greenspun team says their teachers see the results.

"The problem solving, the working together, teamwork. All those things together make it easy," Matt Christian said. "You hear it from other teachers; the kids are so much better thinking their way through the problems, troubleshooting and finding solutions."

Christian isn't just teaching middle schoolers about the science, technology, engineering and math that go into the robots.

"I told him, I don't know how to build a robot, and he said you don't need to they do," Juliano said.

"It adapts to the age. So at a young age, they are working on hand motor coordination. Then it moves up to coding with Blockley, the first level of coding," Juliano said.

That early introduction to the skill impressing engineers and employees at Allegiant Air, which donated $5,000 to the group to help get them to the world championships.

"It doesn't matter where they end up in life. All these skills they are learning here now are skills that are going to transferable," a representative from Allegiant Air said.

There are 24 students set to travel to the world championships in Kentucky along with some chaperones the trip is expected to cost around $40,000.

Both the Mack Elementary and Greenspun Junior High teams have set up fundraising pages to help with those efforts.

Faith Lutheran Middle School qualified two teams for the competition, along with a group from Engineering for Kids.