Two Las Vegas teens were awarded college scholarship from the National Security Association Thursday after writing essays about their fathers. 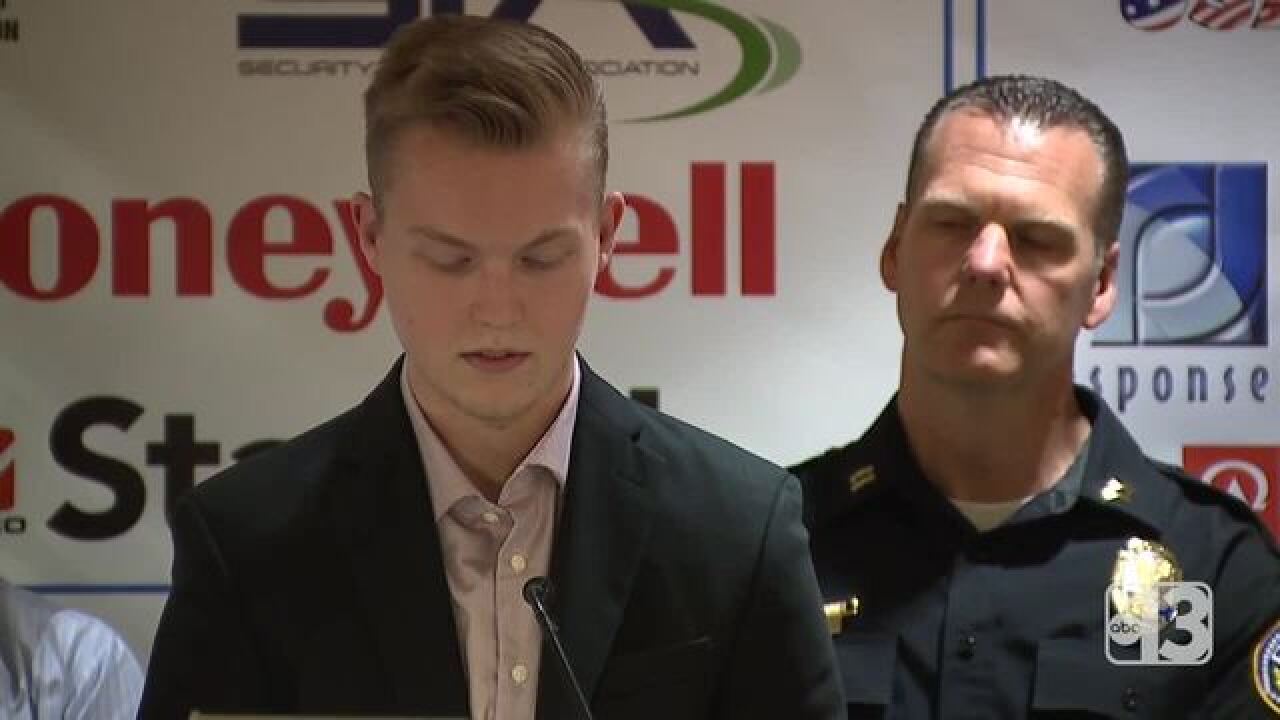 Two Las Vegas teens were awarded college scholarship from the Nevada Security Association Thursday after writing essays about their fathers.

High school seniors Noah Meyer and Austin Cassell both entered in the contest, which prompts applicants to write about why they feel their parent protects the Las Vegas community.

Meyer, who won the contest, wrote about his father Joe who is a firefighter for the North Las Vegas Fire Department. Joe changed careers and applied for the department in his late 30s.

"Having a highly esteemed father also means having a role model," Meyer said as he read the essay he wrote.

Cassell, who took runner-up in the contest, paid tribute to his father Henderson Police Capt. Mark Cassell. He spoke about the night on 1 October when he went to bed while his father rushed to help the hundreds hurt in the shooting.

"Their clothes were soiled with the blood of victims around them, but were safe because of people like my dad," Cassell said. "I love him and he is role model to me and I would do anything to be the man he is."

Both teens said they planned to attend the University of Nevada, Reno next fall. Both fathers couldn't be any more proud.

"Well obviously I'm very proud of him and he's grown up to be a fine man," said Mark Cassell of his son Austin.

Two paramedics with Community Ambulance were also honored for their heroic efforts on 1 October.