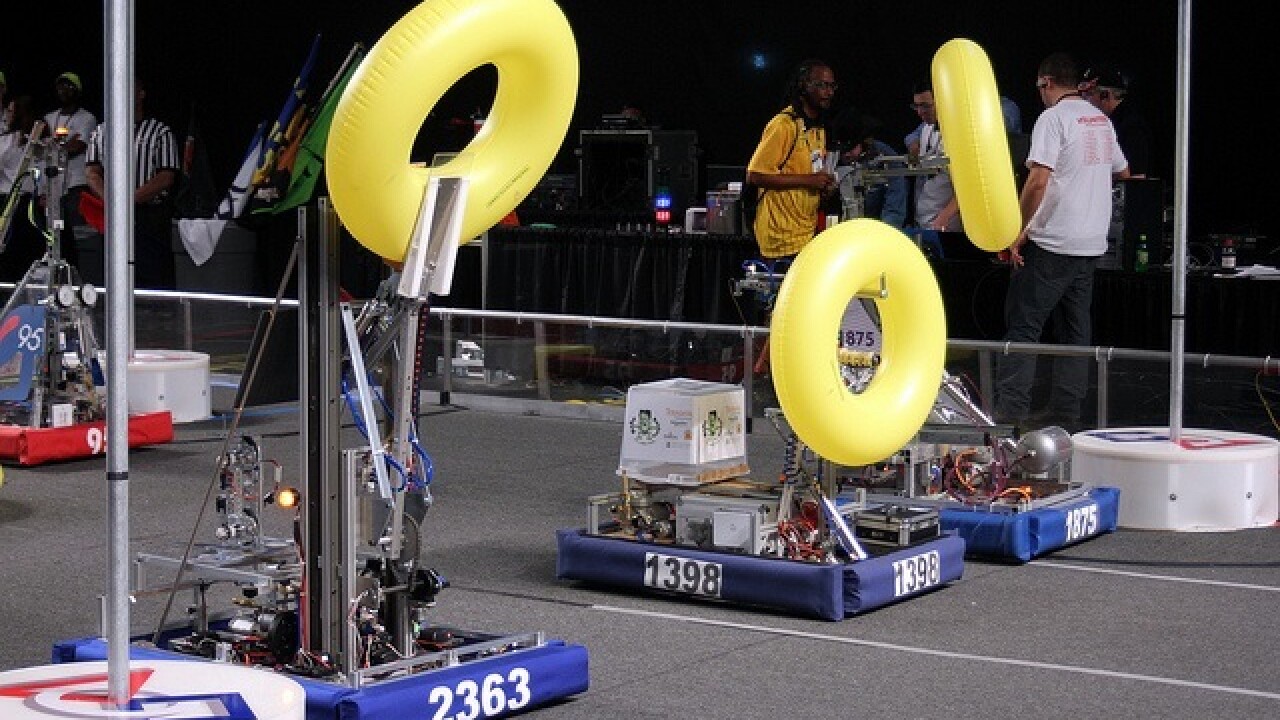 Two Clark County School District (CCSD) high school robotics teams will compete in the FIRST Championship, a worldwide competition to be held April 18-21 in Houston, TX. The Cimarron-Memorial High School Team 987, known as the High Rollers, earned that privilege by scoring first place in the 2018 Las Vegas Regional, held on March 23 and 24. The Las Vegas Academy of the Arts (LVA) team, known as the LVA Robot Pigeons, came in second place at the regional competition, also earning a spot in the World Championship. Cimarron-Memorial and LVA were among 44 high school robotics teams in the event, including 14 Nevada teams. The other teams were from Arizona, Utah, California and Germany.

According to its website, “The mission of FIRST is to inspire young people to be science and technology leaders and innovators, by engaging them in exciting mentor-based programs that build science, engineering, and technology skills.” Robotics is a big part of that mission. Well over 100 CCSD schools are involved in FIRST robotics program. There is a mix of after-school programs and actual robotics classes.

FIRST has programs for students in Kindergarten through 12th grade. For more information, visit www.firstnevada.org or www.firstinspires.org.