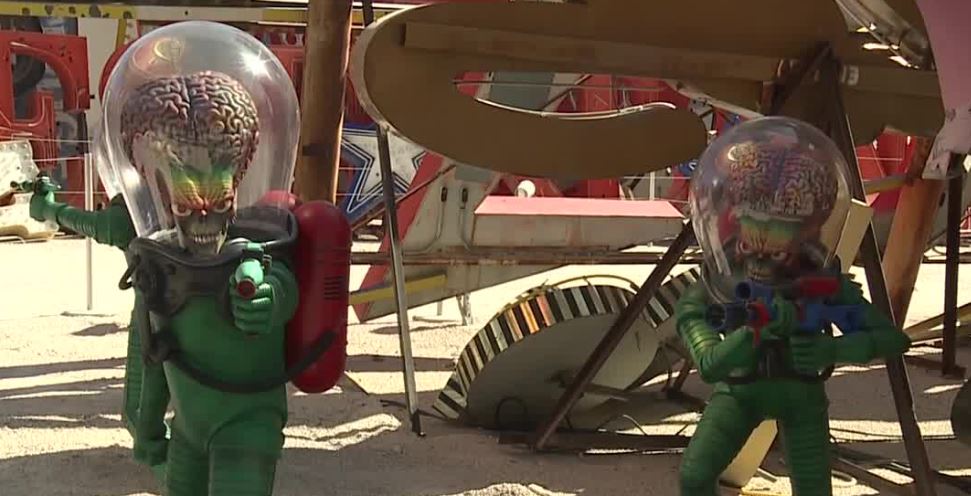 "Lost Vegas," featuring the work of Tim Burton, is opening today at the Neon Museum. 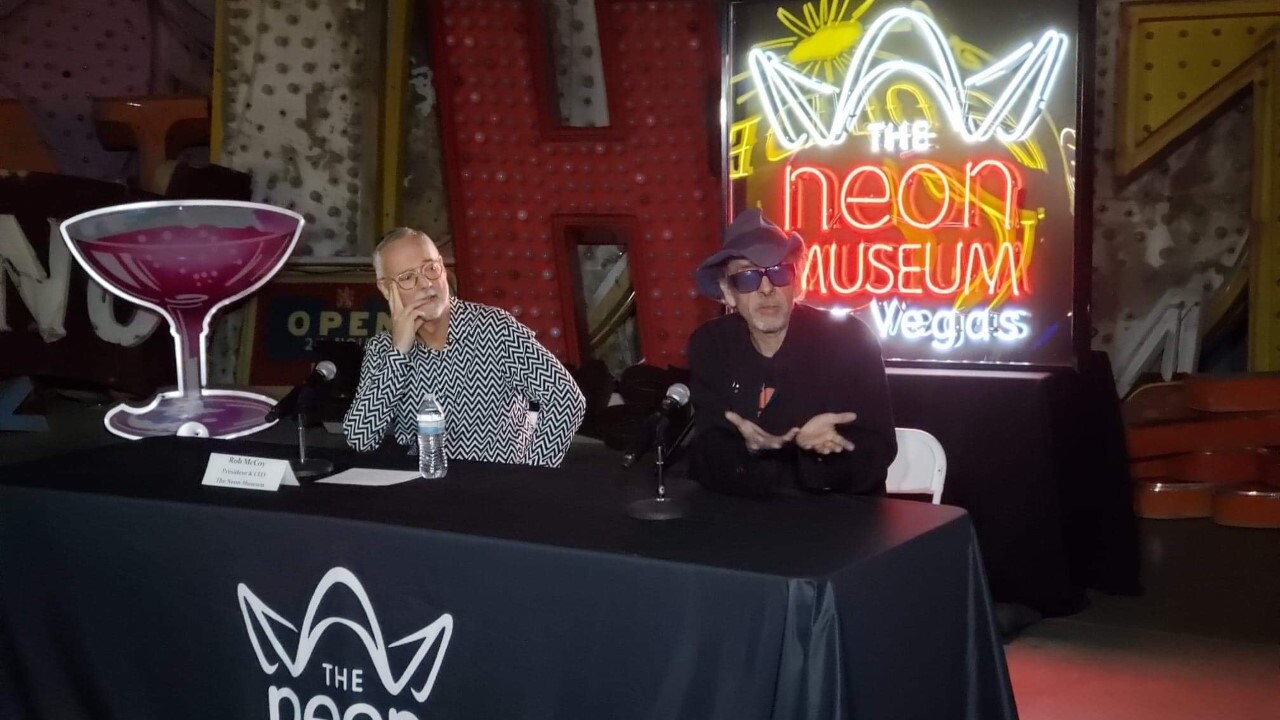 LAS VEGAS (KTNV) — Artist and filmmaker Tim Burton is no stranger to Las Vegas and it’s not surprising that he finally decided to bring his art in a very big way to the city.

Burton spent a lot of time in Las Vegas as a kid. He visited often from California with his parents, something he talked about at Monday’s press conference before the opening of “Lost Vegas” at the Neon Museum on Las Vegas Boulevard.

Not only did he visit as a child, but the city and some of its former hotels and displays have figured prominently in his movies.

Burton told the media during Monday’s press conference that the demolition of the Landmark Hotel for “Mars Attacks!” was one of the most powerful moments of his life.

“Lost Vegas” is primarily a sculptural and digital installation. Various pieces are scattered among the signs of the Boneyard at the museum and a large, futurist silver dome houses many digital components.

About 80 percent of the pieces in the exhibit have never been seen before and were created specifically for the exhibit. Burton also admitted during the press conference that he had snuck into the Boneyard at the museum after hours.

The presentation of Burton’s art in Las Vegas represents a unique experience where the host institution also serves as creative inspiration.

The largest work in the exhibit is a 40-by-20 foot grid displaying a collage of neon created by Burton. There is also a 40-foot sign tower, which is the exhibition’s centerpiece. Burton says that the seahorses in the grid represent the seahorses that were in the pool at the Dunes.

In addition to the sculptures, there is a 3D-mapped light show titled “Brilliant!" that brings the museum’s unilluminated signs to life. Burton produced a new segment for the finale of “Brillant!,” using the song “The Man” by The Killers (Burton has produced 2 of their music videos).

Burton produced a new segment for the finale of “Brilliant!,” using the song “The Man” by The Killers (Burton has produced 2 of their music videos).

After the press conference on Monday, Burton signed books for eager fans who stood in line for hours at the Neon Museum.

On Saturday night, he appeared at Boneyard Ball, which is an annual fundraiser for the museum. He was joined by The Killers at the event.

The museum also hosted a private VIP event on Sunday night before the show opens to the public.