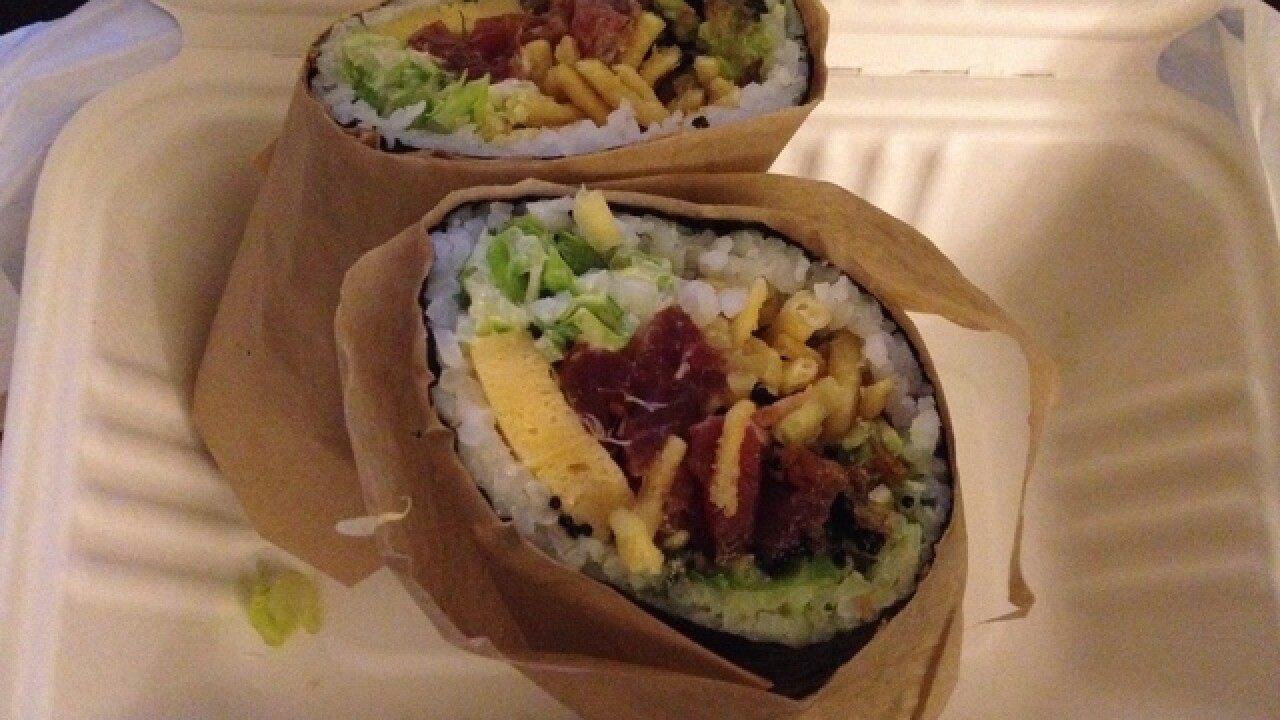 Copyright 2018 Scripps Media, Inc. All rights reserved. This material may not be published, broadcast, rewritten, or redistributed.
Katherine Jarvis/KTNV

Sushi burritos have grown in popularity over the past few years and it's easy to find them around the Las Vegas valley.

Just three years ago, the options were limited. Now, some of the restaurants now even have multiple locations while others stand out on their own. Most places also allow you to customize your item, including making it as a bowl or salad.

Here are some places to unwrap (or throw in a bowl if that's your style).

2. Jaburritos
Looking for a sushi burrito on the Strip? You're in luck! Jaburritos has two locations, with the other in southwest Las Vegas. Jaburritos has some items calling out to Southern California beaches, including the Long Beach, Huntington, Redondo, Laguna and Venice.

3. Tail and Fin
Want to get sushi while at a Golden Knights game? Tail and Fin has a location at T-Mobile Arena, along with one in Summerlin and the original on Maryland Parkway. One of its signature creations is the Stupid Good Tuna, along with the Angry Birds.

4. Pokeman
Pokeman has a clever name and is a favorite among the KTNV newsroom, with its location nearby off Spring Mountain Road. Craving spam in your sushi burrito? They have a spam one, along with an Oahu Burrito and an Island Crunch Burrito.

5. Sweet Poke
While poke is in the name, the restaurant is also known for its sushi burritos with four locations around the valley. Sweet Poke has a Vegas burrito with salmon, cream cheese, red onion, lettuce, avocado, mango salsa and furikake with eel sauce. There are also burritos named after Cancun, Seattle and New York.

6. Poke Sushitto ​​​​​​​
Poke Sushitto is a sushi burrito option in North Las Vegas with a vegetarian option called the Happy Buddha along with traditional seafood options such as the Ninja Crunch and the Suma Samba.

Have some suggestions for sushi burrito restaurants in Las Vegas? Email katherine.jarvis@ktnv.com