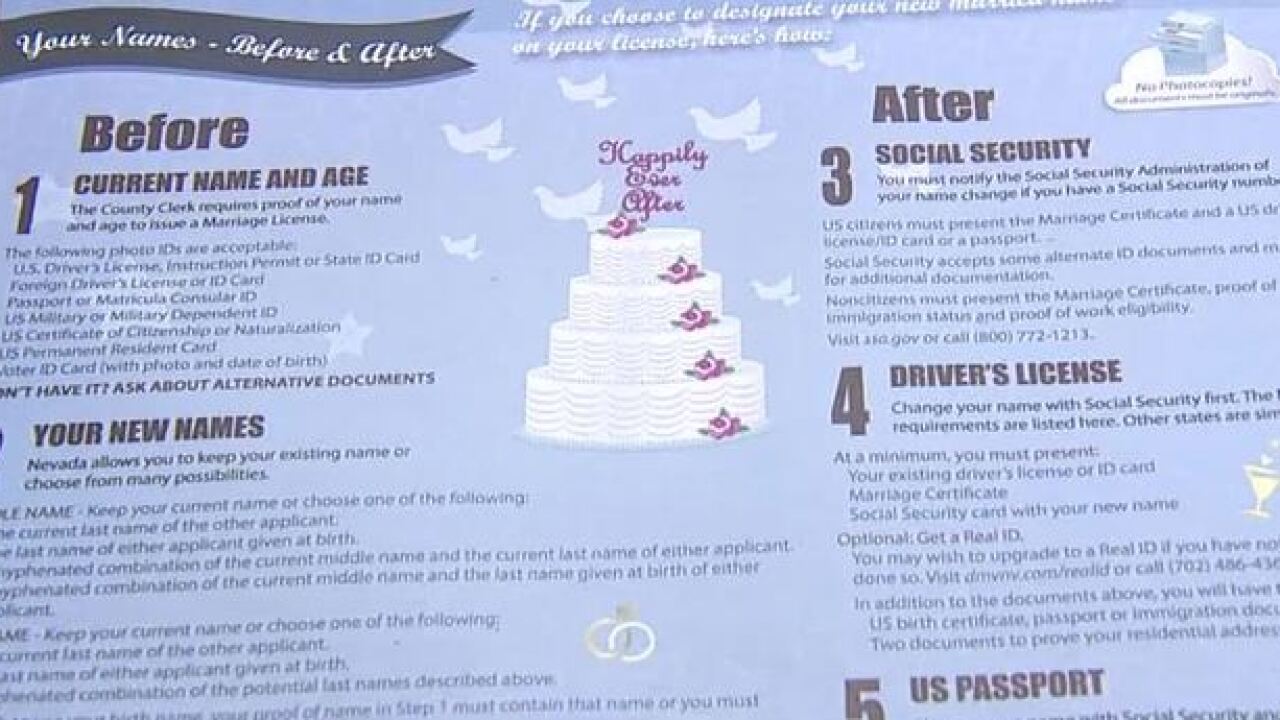 UPDATE FEB. 9: The pop-up marriage license bureau has officially opened inside of Las Vegas' McCarran International airport. Couples can now hop off of their flights and obtain a marriage license in as little as 5 minutes.

The office will be open from 9 a.m. to 5 p.m. from Feb. 9 through Feb. 17, and will be located in the baggage claim area in Terminal 1. The open dates also include the Chinese New Year on Feb. 16. The temporary office will only issue marriage licenses and will accept credit card payments.

Couples may also get a marriage license at the Marriage License Bureau main office at 201 E. Clark St. in downtown Las Vegas. The office, which is on the south side of the Regional Justice Center just three blocks south of the Fremont Street Experience, is open from 8 a.m. to midnight every day, including holidays.

Couples coming to Las Vegas to get married are encouraged to fill out a marriage license pre-application, which can be found through the County website at www.ClarkCountyNV.gov by selecting “Get a Marriage License” under “Popular Services” on the left side of the webpage.

After completing the application online, the couple will be issued a reference number that they should bring with them to the Marriage License Bureau, or the temporary office at the airport. Anyone seeking a marriage license needs to show proper identification, such as a driver’s license or passport (a complete list of allowed identification and other information is available through the Clerk’s Office web page). Marriage licenses cost $77.