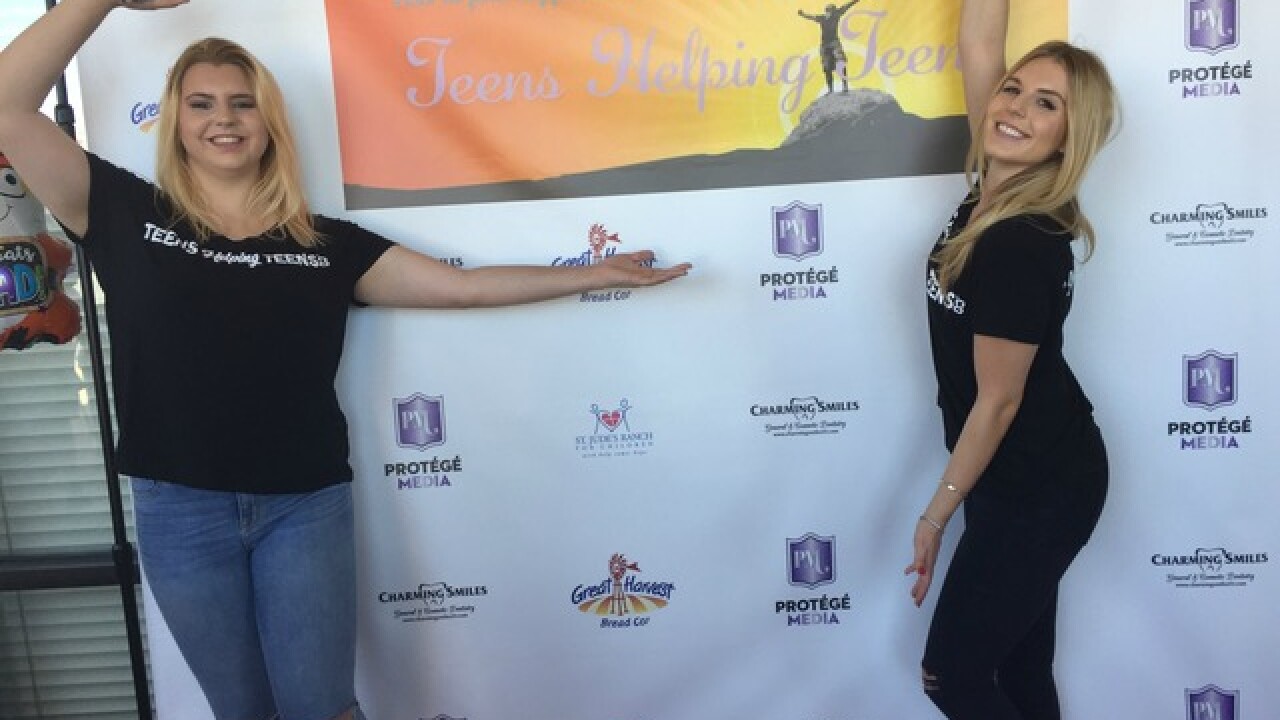 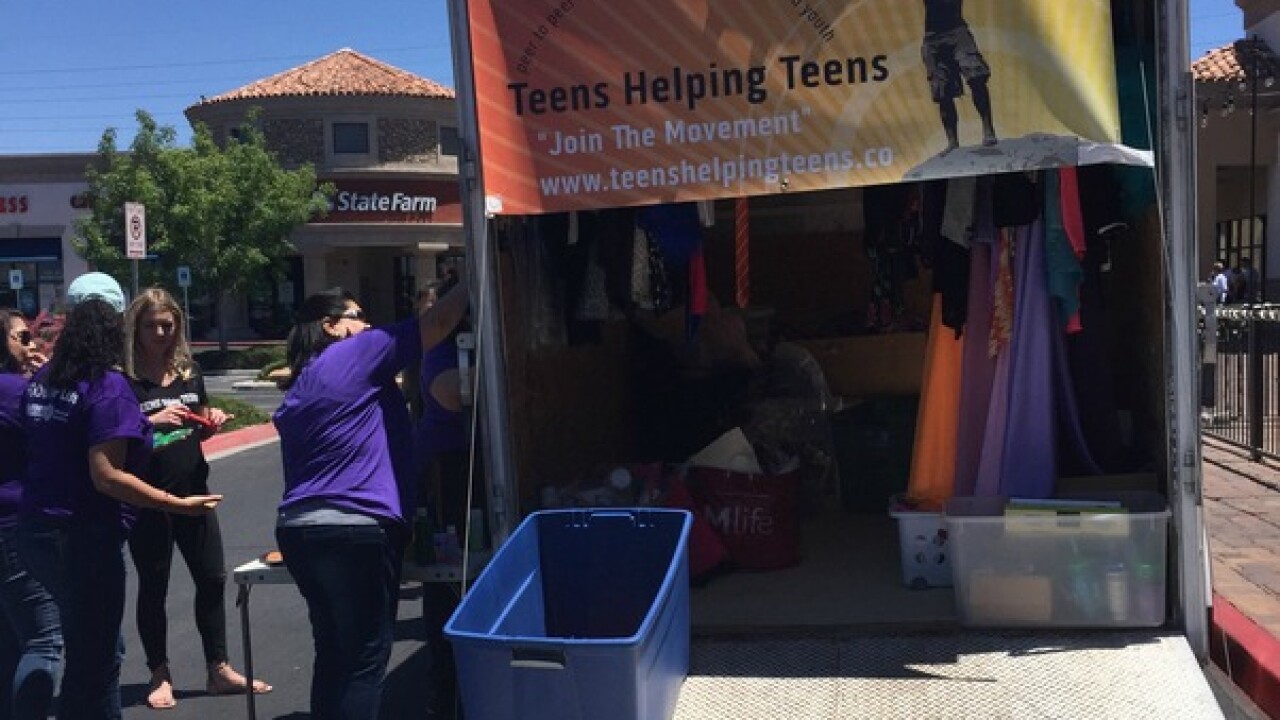 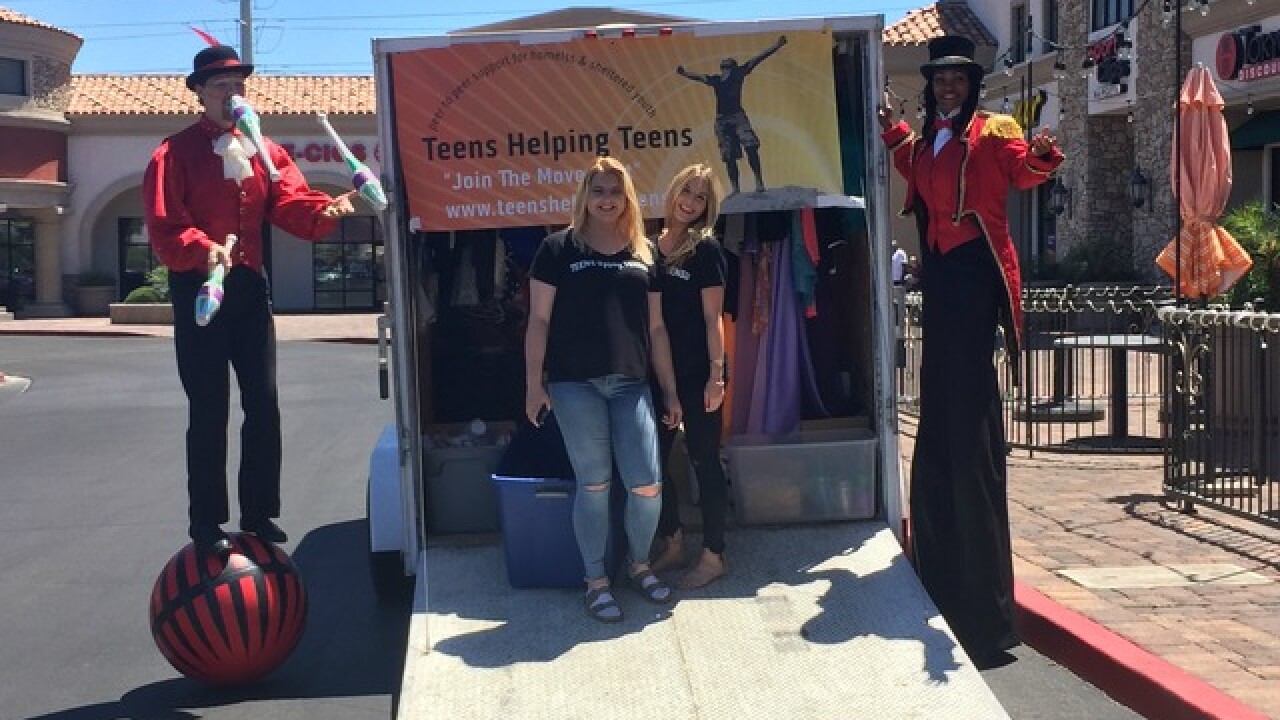 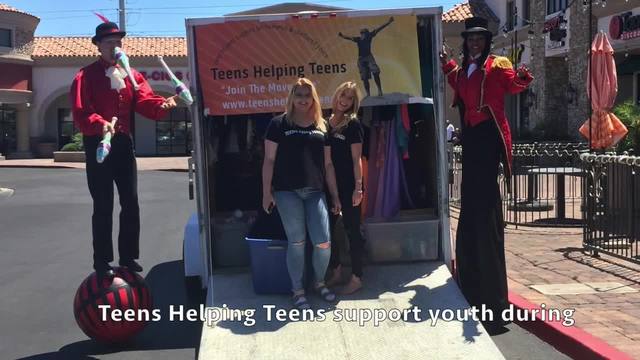 "Join the Movement" was held Saturday at Great Harvest Bread Company near Decatur and the northern 215 beltway where the organization raised funds and collected summer survival supplies for homeless teens in the Las Vegas valley.

Siena Prenger, 17, had hundreds of flip flops in her cart at the Dollar Store when Michael Jones of Protege Media Group noticed and asked why she had so many sandals.

Siena told him that she was a co-founder of Teens Helping Teens and Jones asked if he could pay for it. Jones and his company then started organizing Saturday's event.

Siena and her sister, 21-year-old Savannah Prenger, started the nonprofit Teens Helping Teens five years ago. It began as a way for the two to get service hours for school, volunteering at organizations such as Shade Tree and other shelters.

But then they noticed a need for services directed at teens themselves and thought the best approach would be teens helping other teens. The organization is not just gathering donated items for the teens but providing an outlet for homeless youth to talk with people their own age.

"That was our whole goal was to do this as a friend side," Savannah said. "Knowing they have a friend and a support system, not just somebody trying to help."

Both Savannah and Siena said they have developed life-long friendships with teens they have met through the nonprofit.

According to the Clark County School District, there are more than 11,000 students identified as seeking homeless services in the community -- with more than half being teenagers.

Siena said they want the youth to be able to experience these big life events despite other circumstances.

This also includes graduation. For the more than two dozen homeless teens graduating in the coming weeks, Teens Helping Teens is making baskets for them to celebrate the occasion.

Savannah said they want to make sure the kids know that someone is proud of them for the accomplishment.

The sisters hope to spread Teens Helping Teens throughout the country. Savannah currently studies entrepreneurship at Vanderbilt University in Tennessee and has spread the message to her friends who are from different cities nationwide.

"Once we realized that this was a thing that people were paying attention to and wanting to get involved in, we have the goals of making this go nationwide," Savannah said, who also plans to make Teens Helping Teens her career.