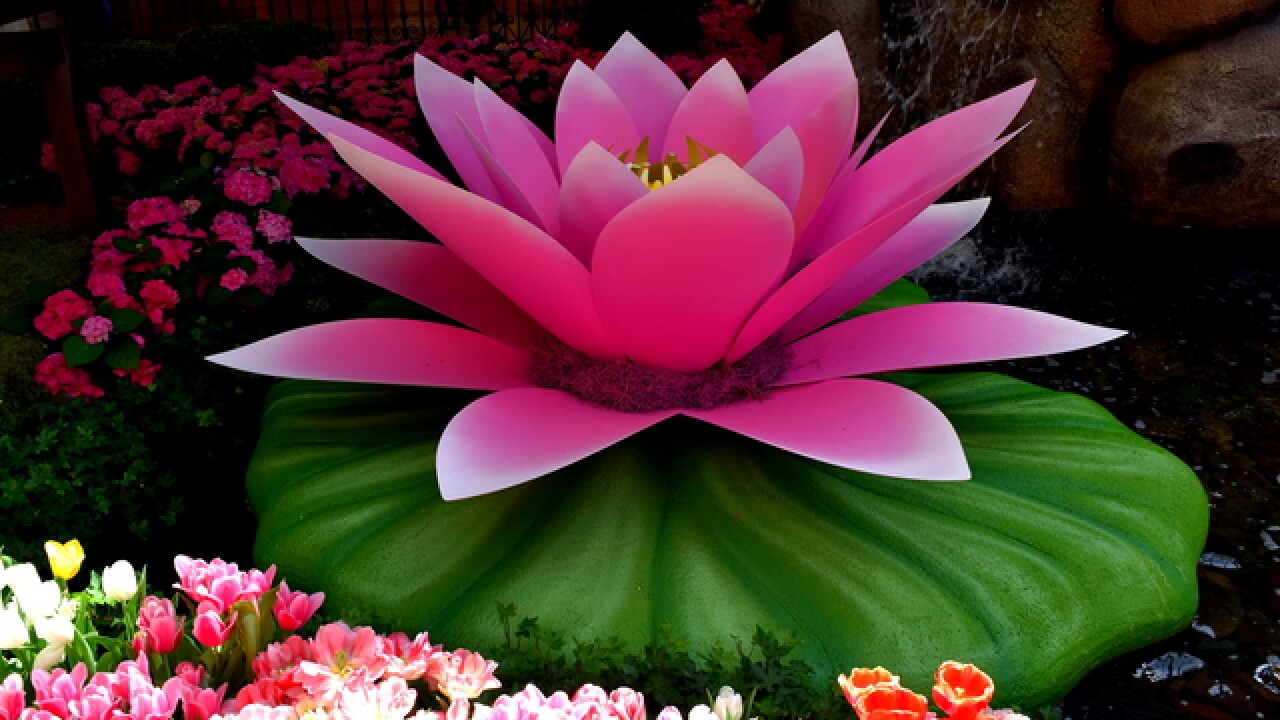 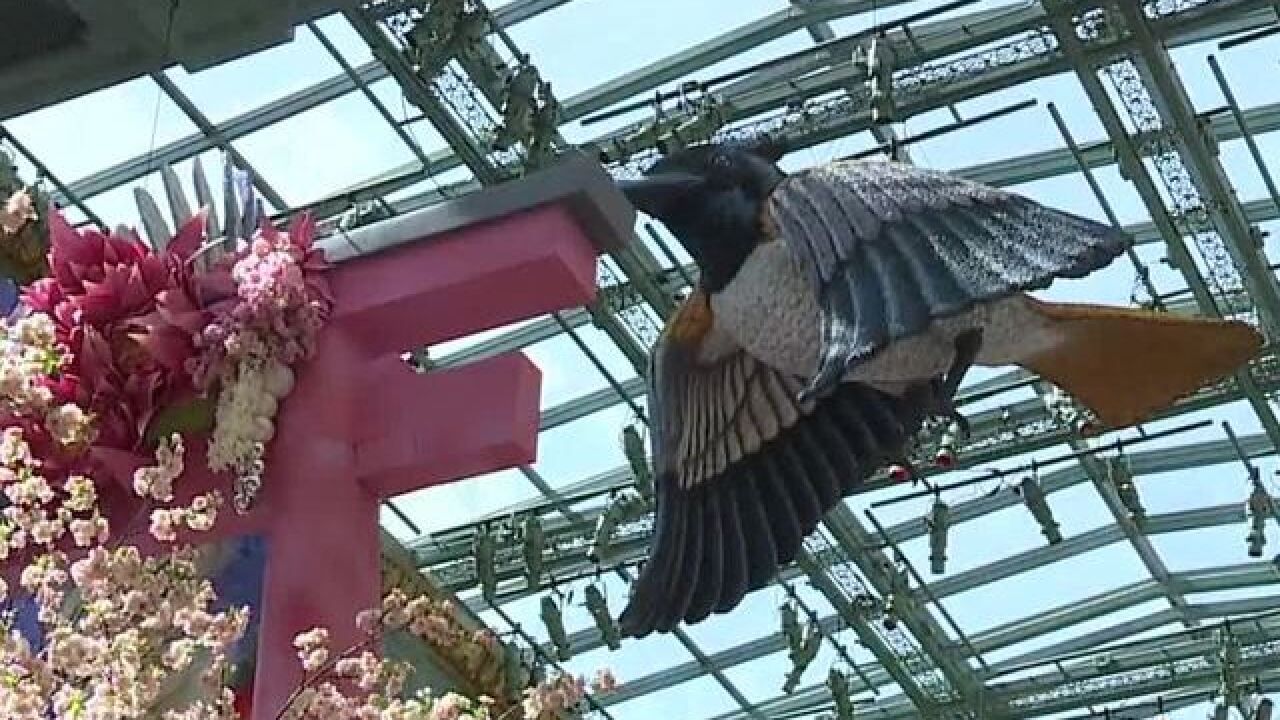 Japanese Spring is the theme for the season at Bellagio's Conservatory & Botanical Gardens on the Las Vegas Strip.

This year's Spring display channels Japanese culture, utilizing a variety of beautiful symbolic elements to honor the dawning of a new season. One of the most treasured elements is also one of the most celebrated in Japan: the spring blooms of cherry blossoms, which are symbolic of the brevity of life and beauty.

Representing a time of new life and renewal, the West Garden features a whimsical woman rising out of the waters and leaving visitors in awe. Her hair cascades down into a curtain of water encompassing her entire head, which is adorned with Kanzashi, a formal ornamental hairpin. Made from two sticks and flowers, the hairpin is worn in Japanese culture as a good luck charm and wards off evil spirits. Wisteria, an ancient vine representing immortality and longevity, surrounds the majestic figure as she holds a 12-foot-wide white pearl, symbolizing prosperity and beauty.

In the South Garden, passersby encounter a 10-foot-tall stone Japanese lantern, traditionally used to line and illuminate paths. The lantern rests upon a waterfall cascading into a shallow pond. Floating atop the water are multiple blooming pink lotus flowers. The flower is honored throughout Japanese culture for its ability to bloom from the mud of a murky pond – a process which symbolizes attaining enlightenment. Thirteen hand-painted festival lanterns illuminate a soft flickering glow over the garden when dusk arrives.

Honoring the traditional Japanese tea ceremony of grace, etiquette and hospitality that dates back to the ninth century, a Japanese tea house sits on the edge of a pond in the North Garden. The 12-foot-tall house is made of bamboo and other natural materials, and ornamented with mineral copper accents. Sitting on the branch of the cherry blossom tree is an additional paradise flycatcher watching its reflection in the pond below.

Bellagio’s Conservatory & Botanical Gardens is complimentary to the public and open 24 hours a day, seven days a week.