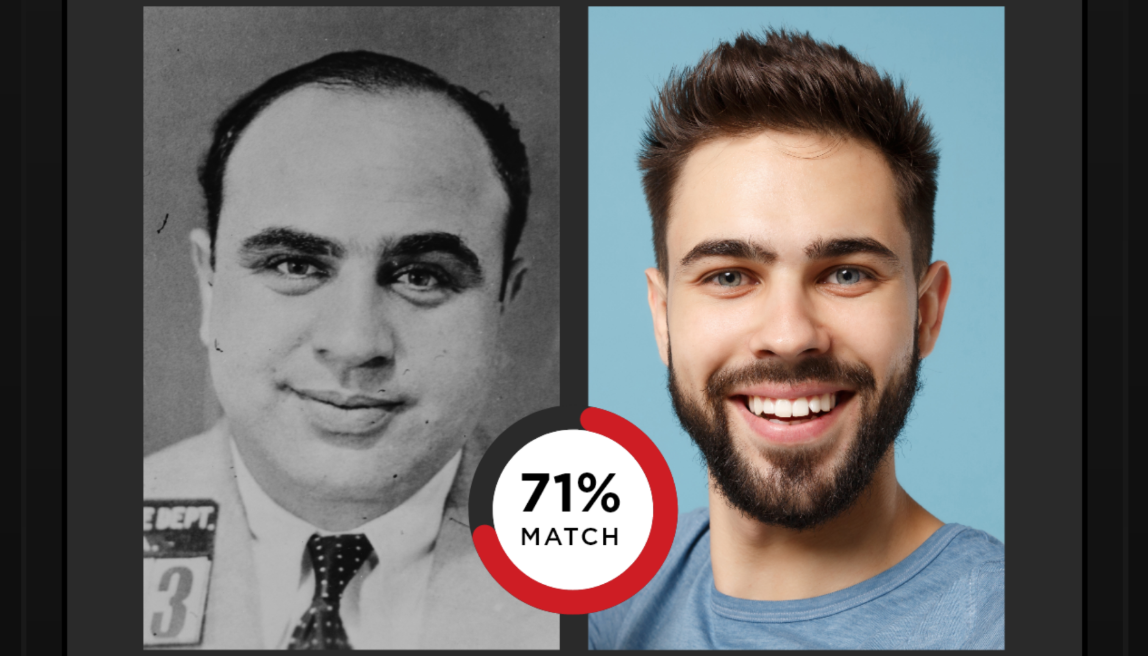 A new app from the Mob Museum lets you find your gangster doppelganger, and honestly it's pretty fun. 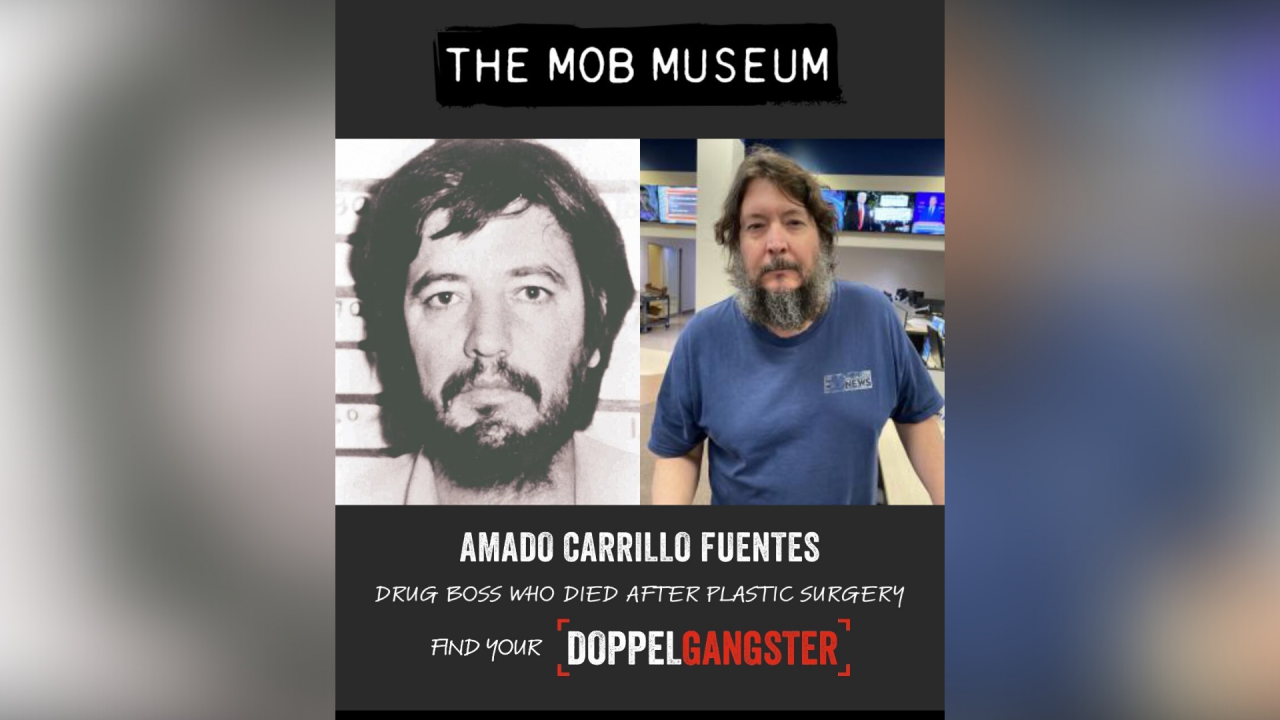 LAS VEGAS (KTNV) — A new app from the Mob Museum lets you find your gangster doppelganger, and honestly it's pretty fun.

The app uses facial recognition technology to compare a user's facial features with a database of famous faces from the mob world, like Al Capone or Edie Falco.

The database has over 800 pictures, the museum says, and is not limited to villains. Doppelgangster characters include heroes, singers, comedians and entertainers.

Each match also includes a short bio. Learning about the historical figures who look kind of like you is just as fun as finding the match.

When I tried the app I was matched with Helen "Buda" Godman, an "actress and singer involved in sexual blackmail and counterfeiting schemes," the app said. You can check out the results below.

My bosses even gave it a try. Our executive digital producer got actress Uma Thurman from "Pulp Fiction," which is pretty spot on, and our digital director matched with Robert Duvall from "The Godfather."

Besides the fun and informative Doppelgangster feature, the app also offers an interactive map of the museum, self-guided tours, descriptions of upcoming programs and more.

Another notable feature in the app is "missions," which are scavenger hunt-like games that send visitors on a search for answers. The missions have titles like “Find Las Vegas Lawbreakers” and “Bring Down the Mob.”

The Mob Museum app is available as a free download in the Apple App Store and the Google Play Store.