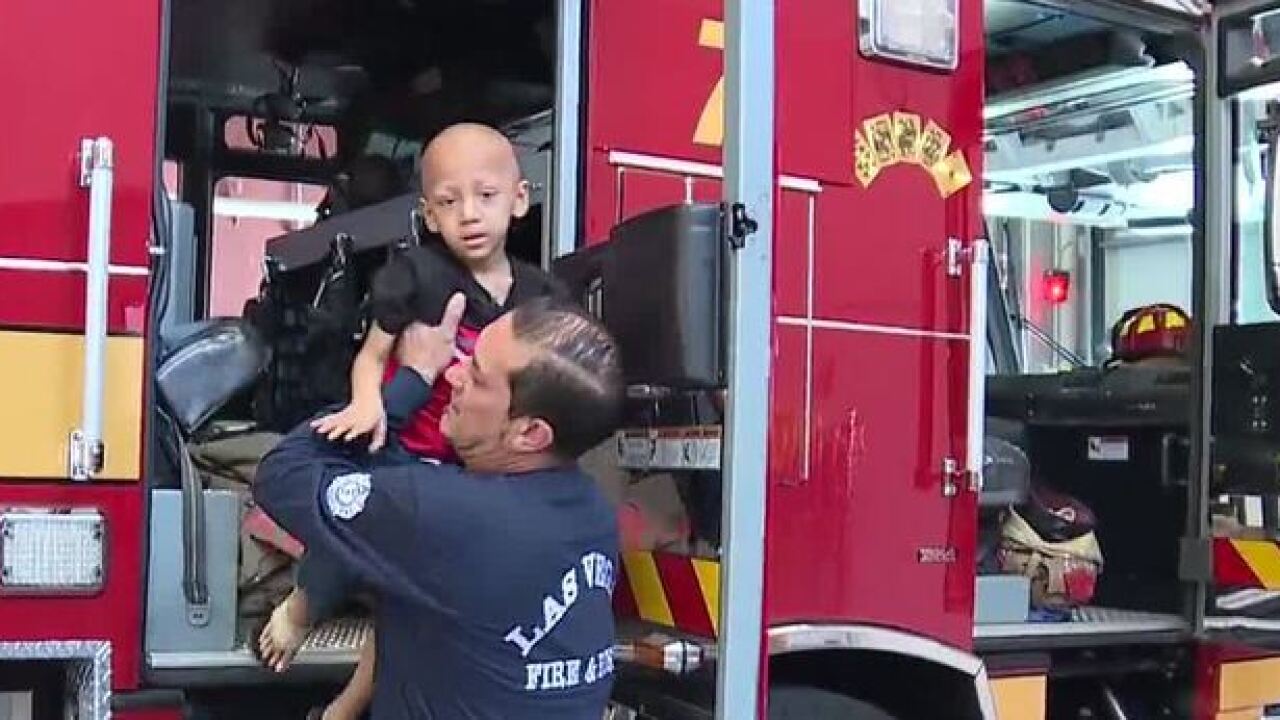 A young Las Vegas boy has formed a bond with local firefighters after they found out that he has cancer.

Deon, who has leukemia, is just three years old and he is an honorary firefighter with Las Vegas Fire & Rescue. He often visits a local fire station and the firefighters visit him whenever he is in the hospital.

Deon was in remission until recently. Now he is gearing up for a bone marrow transplant.

To help make the tough procedure easier, Deon's friend at the firehouse asked other firefighters to share photos of themselves and their fire engines on Deon's facebook group.

From there, the photos poured in from as far away as Hong Kong.

"He wanted to show that there were other people, not just in Las Vegas, but even all over the country, all over the world, that were showing their support for him and hoping for him to get better," said Deon's mom Aurelia Jeanmarie.

Deon is just days away from the big procedure which will take place just before his fourth birthday.

A GoFundMe account has been set up to help Deon's family with medical expenses. Contributions can also be sent to P.O. Box 336355, North Las Vegas, NV, 89033.