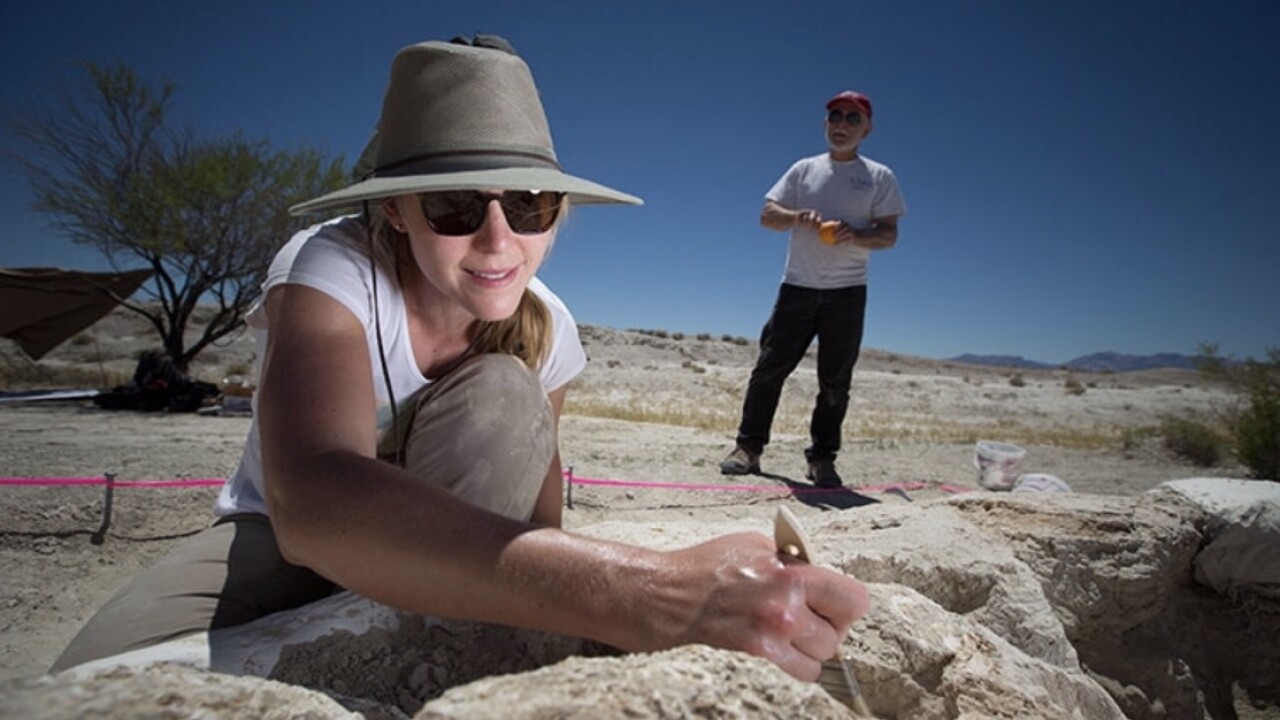 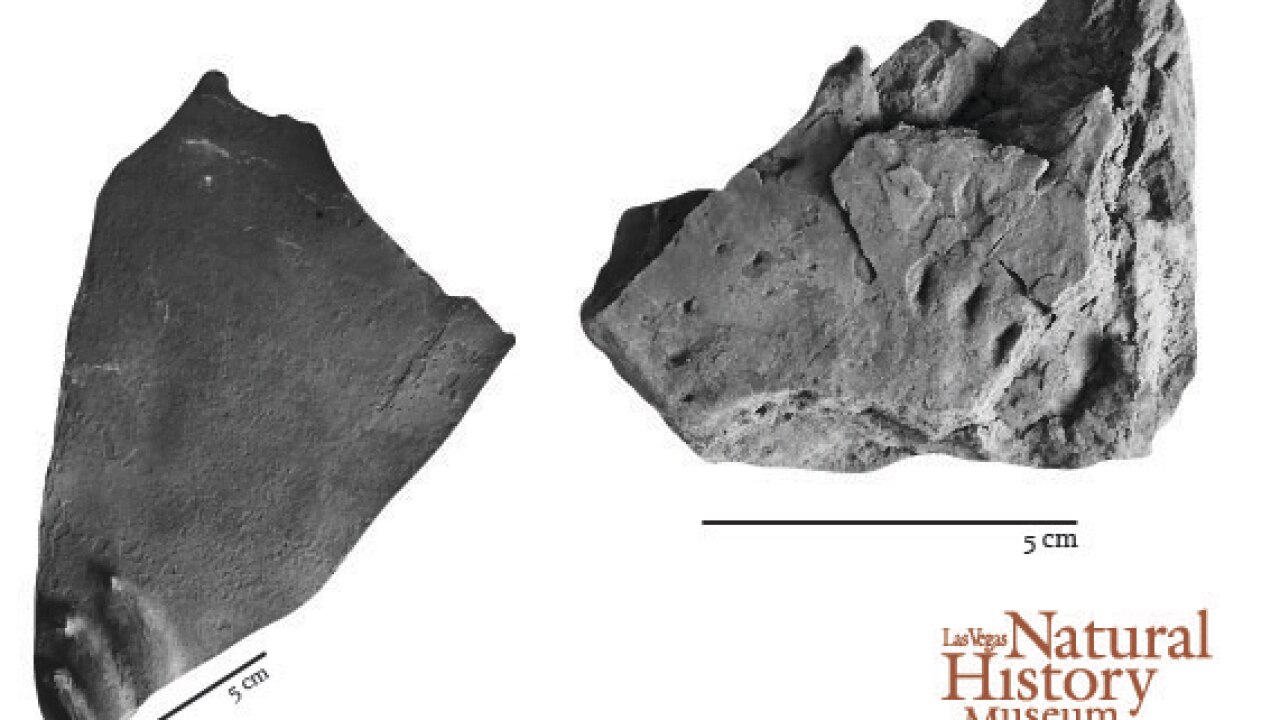 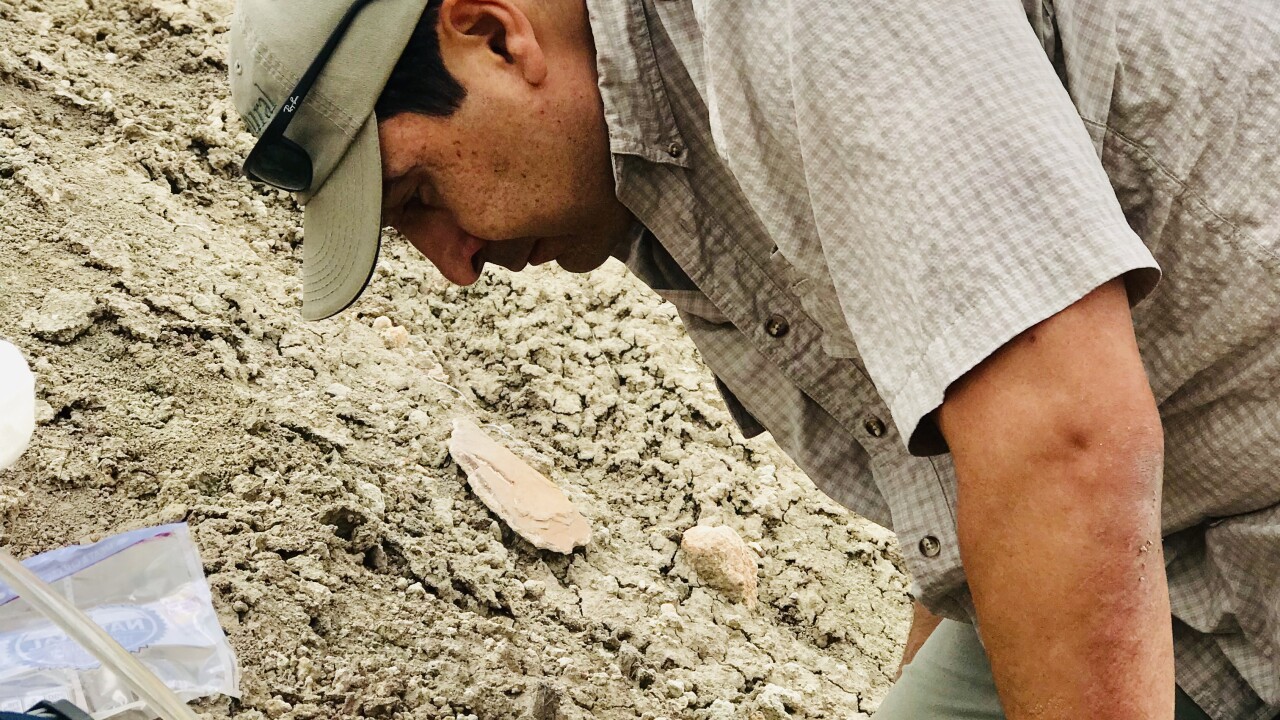 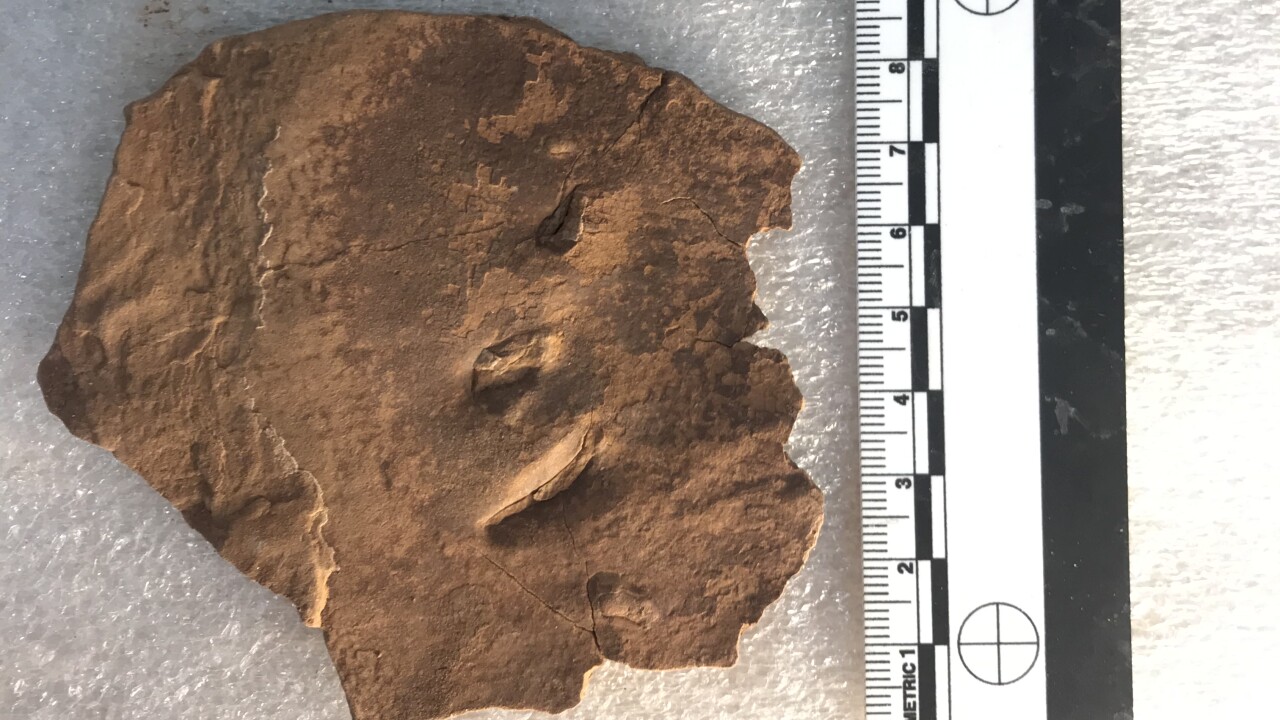 Humphrey and Bonde confirmed the find and began a study to determine what prehistoric animals were literally running around with early dinosaurs at the dawn of the Mesozoic era.

“This find gives us a peek at southern Nevada 240 million years ago, during a time not well known in our state, before dinosaurs came to dominate and the land was ruled by crocodile-like animals,” said Bonde. “Our team is proud to be out there contributing to the story of the deep history of Nevada.”

Conducted in collaboration with fossil track expert and Curator of the Dinosaur Discovery site at Johnson Farm, Andrew Milner, the GSA presentation featured the impressions of the hands and feet of crocodile-like animals that roamed Lake Mead National Recreation Area roughly 240 million years ago.

At that time Southern Nevada was on the edge of a sea in a shallow tidal flat environment. These animals lived alongside the earliest dinosaurs and mammals, which had just evolved following the End Permian Mass Extinction.

The research of Humphrey and Bonde sheds light on life from a period of time not well studied in Nevada to date, and suggests that further research may produce new tracks to tell us more about this unique and interesting time in Earth’s history.

The tracks are currently being studied in the Richard Ditton Learning Lab at the Las Vegas Natural History Museum and will eventually be curated by the National Park Service.