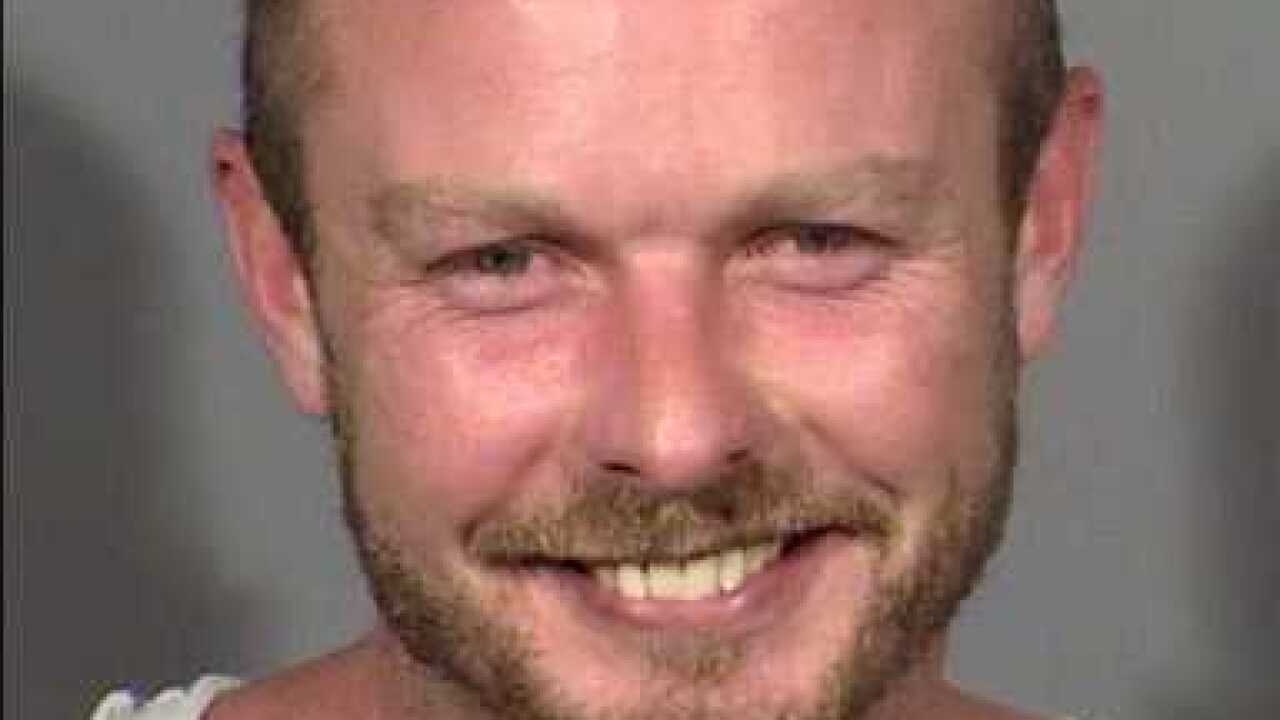 Copyright 2017 Scripps Media, Inc. All rights reserved. This material may not be published, broadcast, rewritten, or redistributed.
<p>JESSE WEBB</p>

The 37-year-old said he had no intention of attacking or even approaching Spears. He says he went on the stage just to dance.

"I just want to make it clear that there was no intention for violence, hurting Britney, or causing the scene that was caused," he said in an interview with 13 Action News. "But I get it. It could have been somebody who would have been crazy, and somebody that could have harmed her."

UPDATE AUG. 9 2:15 P.M.: Police have released the mug shot of the man who jumped on the stage during a show by Britney Spears. He has been identified as 37-year-old Jesse Webb. Las Vegas police say that Webb was asked to leave before he jumped on stage and began dancing. He was arrested for trespassing.

For example, a fan rushed the stage during Wednesday night's performance and was tackled by security.

No one is quite sure what the man's intentions were when they ran on stage, but security guards weren't going to wait and see. Several guards sprung into action and jumped on the fan before he was able to get to Britney.

According to TMZ, Britney's knee could be seen buckling during the incident and she asked a security guard if the man had a gun.

Spears was rushed backstage, but later came out to finish the show.

a man has ran on stage and charged at @britneyspears during her #PieceOfMe show. ? pic.twitter.com/si0H7aURmR

A crazed fan has jumped on stage during Britney Spears' #PieceOfMe show. We are sending Britney our love & prayers. pic.twitter.com/AdsLx2e7tx

The incident happened while Britney was performing during the song "Crazy." Spears performs at Planet Hollywood on the Las Vegas Strip. Wednesday night's performance was the first since she took a break during the summer to tour in Asia.