OUR NEVADA: Drive to Ely well worth it 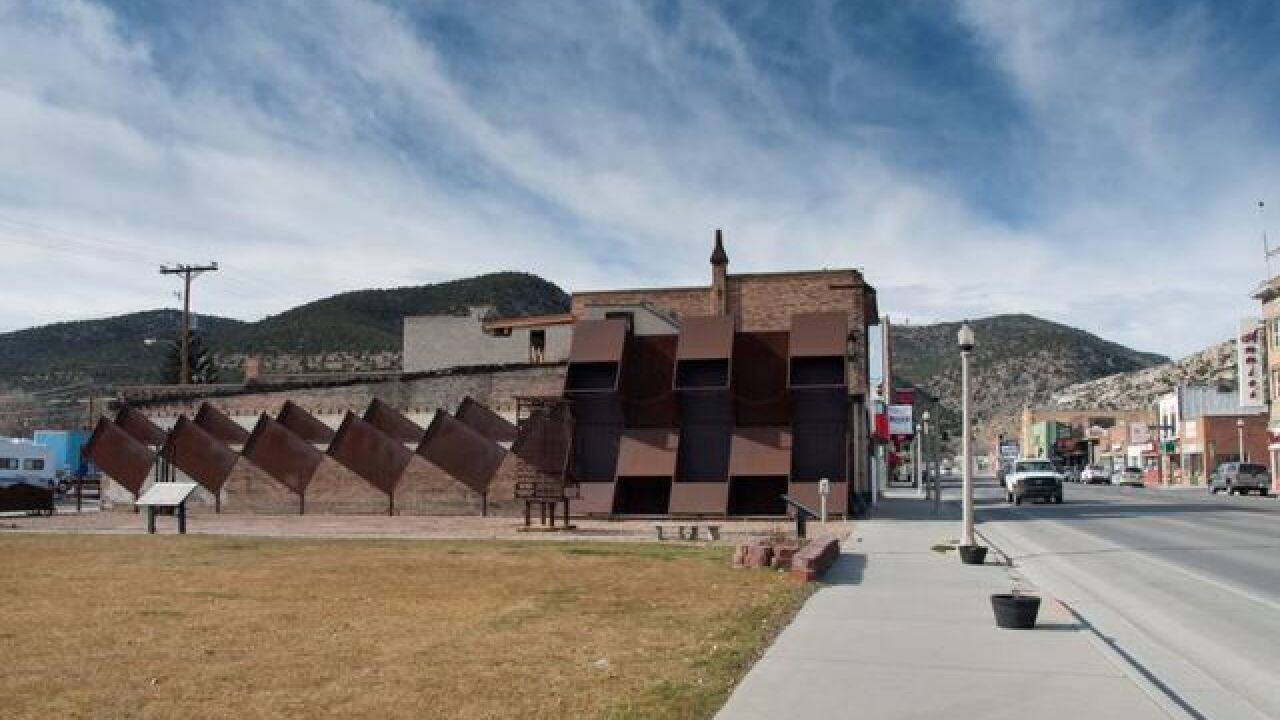 Many of us who live in Las Vegas have probably never explored much of our great state. But, there are many places worth visiting that are very different from Las Vegas and not that far away.

One of those places is the town of Ely located in White Pine County. It is about 4 hours northeast of Las Vegas off of U.S. 93.

Ely was founded as a stagecoach station (originally known as Murray Station) along the Pony Express and Central Overland Route. In 1906, copper was discovered in the area and it became home to several mining companies including Kennecott. The mines are closed now and agriculture is the main source of income for most of the people who live in the area.

The drive to Ely is quite pleasant. If you follow U.S. 93 all the way to the county seat, you'll pass through several other small towns like Pioche and Caliente. The route is also quite scenic.

If you would like to shave about 30 minutes or so off of your drive time, take NV Highway 318. There isn't as much to look at but it will save you time.

No matter what route you take, make sure you stop at ET Fresh Jerky near the turnoff for Highway 318. You'll find a variety of delicious jerky, flavored pistachios (garlic, hot lemon and lemon and salt), souvenirs and more in the clean, friendly little store.

Once you arrive in Ely, there is quite a lot to do. If you are fond of trains, you must check out the Nevada Northern Railway. The railway complex was established in 1905 to support the area's mine industry. Now, it seeks to preserve the history of the railway by offering train rides and a variety of experiences, including  Railroad Reality Week, the annual Polar Express and the Winter Photo Spectacular (usually in February).

The White Pine Public Museum opened in 1959 and provides visitors a comprehensive look at Ely's early days. Exhibits include a jail cell from the old Ely City Jail, a historic doll collection, record books from some of the early businesses in White Pine County, a mineral collection and a well-drilling rig. It also houses the bones of two giant short-faced bears. The bones were discovered in a cave in White Pine County in 1982.

The Ely Renaissance Village is made up of 12 shotgun houses and a bar that have been turned into unique museums depicting Ely at the turn of the century. The village is also home to re-enactments and living history presentations and hosts other events such as the Art/Wine Walk.

If you enjoy murals, you will find plenty of them in downtown Ely. 22 to be exact and they are all easily visited on foot. The murals also honor the history of Ely. In addition, there are several sculptures in the area.

And don't forget to stop by the Central Theatre on 15th Street. The Art Deco-style single-screen theater open on March 31, 1941, and is on the National Historic Register.

If you are looking for other things to do in the area, check out the beehive-shaped Ward Charcoal Ovens. The ovens were used from 1876 to 1879 to produce charcoal for the mines. After 1879, they would often serve as a refuge for stockmen and prospectors during bad weather and served as a hideout for stagecoach bandits. The ovens are about 18 miles southeast of Ely off U.S. 93. There are two roads to the ovens -- one is 11 miles long and the other is 7. Both are dirt roads and a bit rough in areas.

McGill Drugstore also isn't far from Ely. It is 12 miles north of Ely off U.S. 93. Visitors to the store will feel like they have stepped back in time. Products from the 1950s still line the shelves and there is a working soda fountain. However, the drugstore is open by appointment only. So, make sure you call ahead.

There are also numerous ghost towns in the area. In fact, there are so many, that we can't list them all here. Belmont Mill is one of the more popular towns. In fact, it is described as a "ghost town explorers dreamland." Silver-lead ore from the mine was processed at the mill and then shipped to Eureka. There are several buildings to explore and photograph.

Hamilton is one of the most noted ghost towns in the west. The early residents of Hamilton actually lived in caves and was named Cave City before it became Hamilton. Fires in 1873 and 1885 destroyed much of the town and there are only a few walls of original structures still standing. Hamilton hasn't been completely abandoned though. There are still about 75 people who live in the town.

If you like to spend time on or near the water, there is plenty of it near Ely. Cave Lake is located 8 miles south of Ely off U.S. 93. It offers trout fishing, boating, swimming, hiking, camping and picnicking during the summer. Winter activities include ice skating, ice fishing, cross-country skiing, snowsheing, sledding and snowmobiling.

Cave Lake is also home of the annual Great Bathtub Boat Races in June, the Fire and Ice Festival in January, an ice sculpture competition (January) and the Rotary Ice Fishing Derby, also in January.

Comins Lake is about 10 miles southeast of Ely off U.S. 93/50. The lake is home to northern pike and a few largemouth bass and fishing is allowed all year.

Ruby Lake was established primarily to protect migratory birds and other native wildlife. Hunting is allowed in designated area though and fishing is allowed all year.

Ely and the surrounding area is also home to several special events.

The annual White Pine Horse Races have been happening there for 80 plus years. Tee races were originally organized by local ranchers and business people to help residents overcome the depression blues. Thousands of people attend the races each year. More than 140 horses, both thoroughbred and quarterhorses, from several states participated in this year's races which took place Aug. 18-20.

Race the Rails -- Bike vs. Train is happening Sept. 9. At the sound of the train whistle, mountain bikers and road bikers attempt to beat the train back to the depot.

The Silver State Classic Challenge, an authorized time-trial Cannonball Run-style race that attracts entries from all over the world, is happening Sept. 15 through 17. The road race takes place on Highway 318 between Lund and Hiko. There will also be a parade of cars through Ely on Sept. 15 and a car show in Ely's Broadbent Park on Sept. 16.

Other special events include the Sheepherder's Ball, several golf tournaments, Ely Volunteer Fire Department BBQ, White Pine Rodder's Car Show, and Bristlecone Arts in the Park Festival. You can find information about all of these events by clicking here.

Last but not leaset, here are some facts about Ely that you may not know.

If you have any other questions about Ely, you can probably find the answers on their official tourism website.