July 13 is National French Fry Day and the perfect excuse to indulge in the country's most popular vegetable.

Americans eats an average of 48 pounds of potatoes each year and the USDA reports that fries play a major role in making potatoes so popular.

Surprisingly, Americans don't eat the most fries of any country. Belgium actually takes the prize for that. The people of Belgium eat 165 pounds a person annually and it is believed that French fries may have been a Belgium creation. They were introduced in the United States when Thomas Jefferson was president in 1801.

Even so, there are many great French fries to be found in the Las Vegas area. We reached out to our Facebook friends and asked them to tell us about their favorites.

The poutine fries at Holsteins Shakes and Buns inside The Cosmopolitan received several mentions. The French fries are covered with cheese curds, shredded short rib and stout gravy. A fried egg on top is only $1 extra. 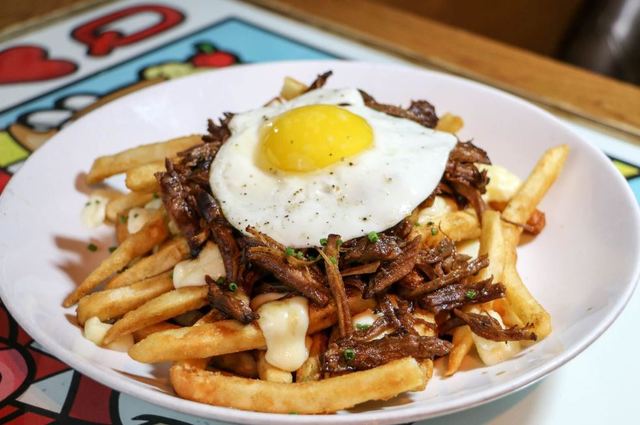 John and Vicki Harris told us that they are fond of the garlic fries at Gordon Biersch Brewery & Restaurant. The restaurant's "legendary" garlic fries are tossed in olive oil and seasoned with fresh chopped garlic and parsley. They also serve sweet potato fries dusted with brown sugar. 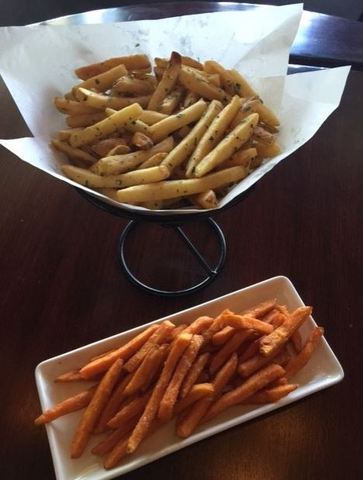 The fries made by Five Guys are also a favorite of our Facebook friends, including Michael Thompson. He says their fries are "hands down" the best. Five Guys offers two styles of fries -- regular and Cajun. 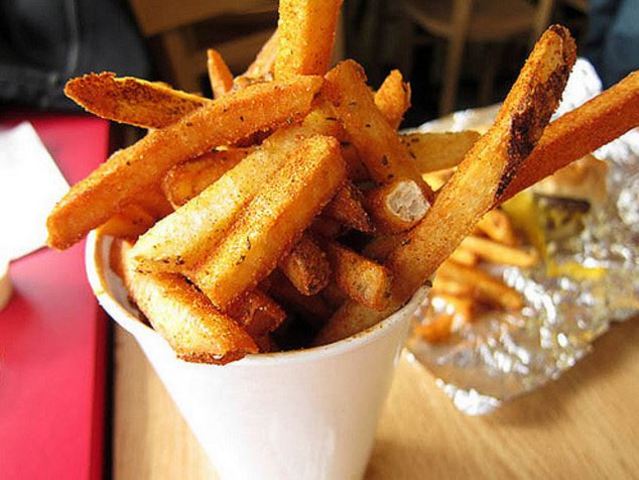 Cheeburger Cheeburger offers its customers the opportunity to "invent" their fries. That's probably why Facebook friend Kurt Warner is such a fan. Cheeburger Cheeburger has multiple sauces (creamy cheese, zesty horseradish, creamy jalapeno, garden vegetable and marshmallow) and toppings to choose from. 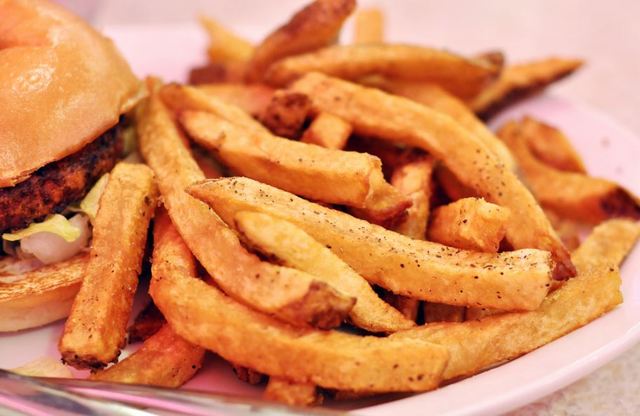 The truffle parmesan fries at Bachi Burger also received multiple shout-outs during our informal poll of Facebook friends. The salt & pepper garlic fries and sweet potato fries sound pretty good to us too. 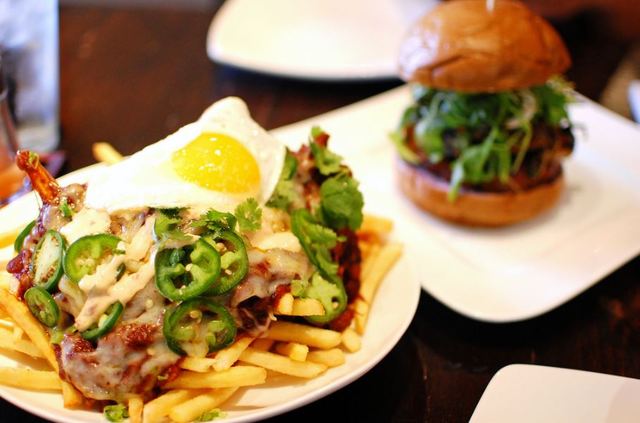 Joseph Hartman is also a fan of truffle fries. He prefers the ones at I Love Burgers at Town Square though. The naturally-cut golden brown French fries feature just a sprinkle of truffle salt and truffle oil. 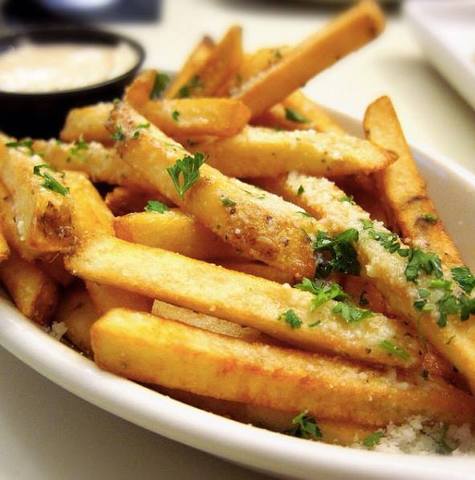 The fries at In-N-Out appear to be as popular as their burgers. Multiple people also told us that In-N-Out was their favorite place for hot fries. You can get them plain or animal style (pictured below). 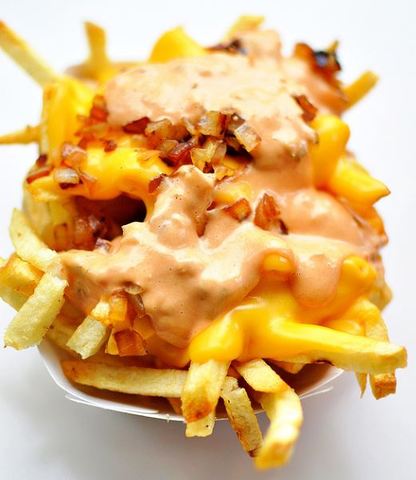 Raising Canes also received several shout-outs. Maybe because crinkle fries aren't quite as easy to find. Or maybe it is their sauce, which is just as good on fries and it is on chicken. 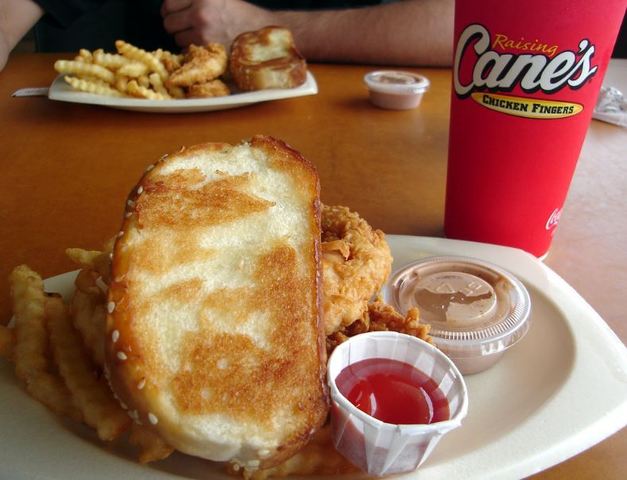 The garlic herbed fries at Red Robin Gourmet Burgers and Brews are a big hit with Candice Jaehn of Las Vegas. She wasn't the only one who mentioned them though. We might be stopping by there soon. 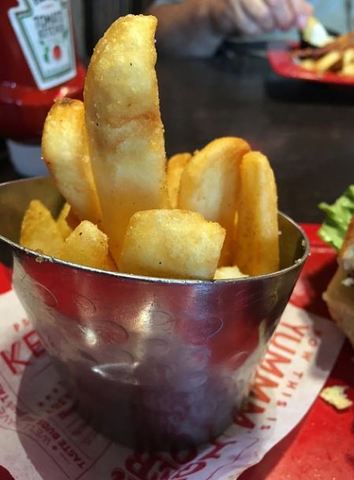 Nick Jaeger heads to Naked City Pizza inside Moon Doggie's when he is craving some poutine fries. Their version is made with seasoned red potatoes, fresh mozzarella, and beef gravy that is made in house. Naked City Pizza is also well known for their suicide fries, which are definitely not for those with faint hearts or weak stomachs. 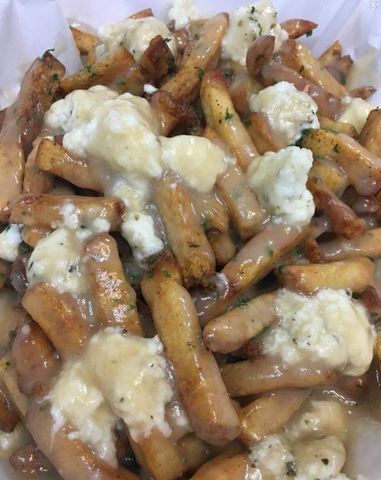 Several people also voted for McDonald's French fries. Elizabeth Elliot said "I love McDonald's fries. Just saying" and Adriana Aldana said "Can't go wrong with McDonald's fries!" We agree. When they are hot and right out of the fryer, they can be tough to beat. There's just something about them. 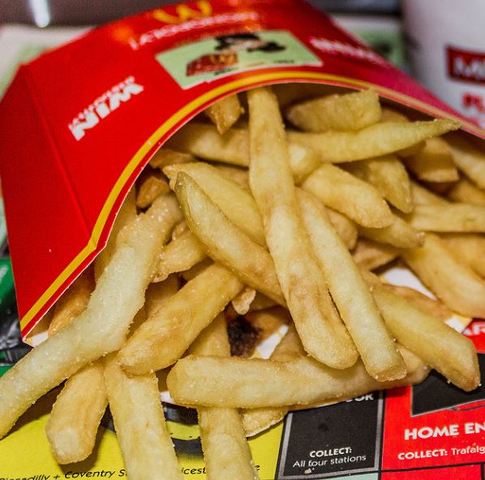 Wesley Guada apparently likes the fries at Fatburger. The chain offers fat fries, skinny fries and chili fries. Wesley didn't specify which ones are his favs, but we are betting they are all pretty good. 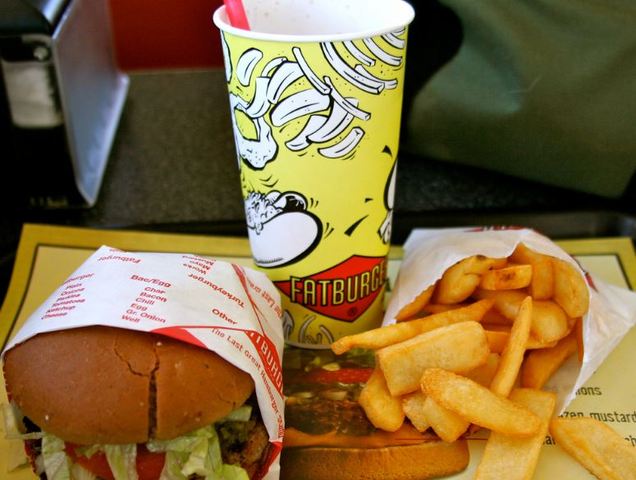 Elizabeth Woodland recommends the cheese fries at Great Links. She says they are "amazing" and a meal in themselves. But those aren't the only fries the restaurants offers. They also have Italian fries (tossed in garlic butter sauce and Italian seasonings), grill master fries (tossed with grilled onions and Thousand Island dressing), chili cheese fries, and Buffalo cheesy fries. 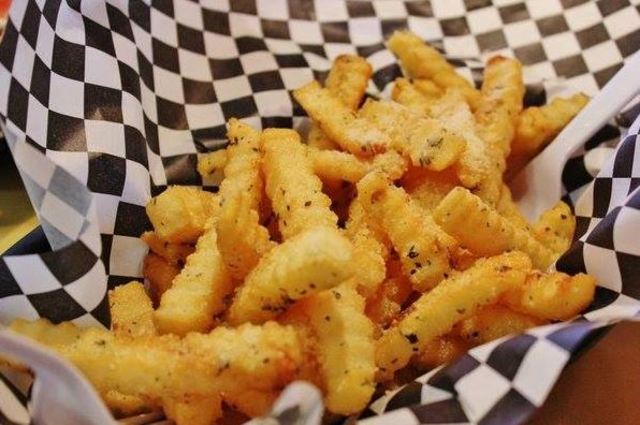 Fans of sweet potato fries will want to head to Gordon Ramsay BurGR. We haven't tried them, but they sure do look tasty. 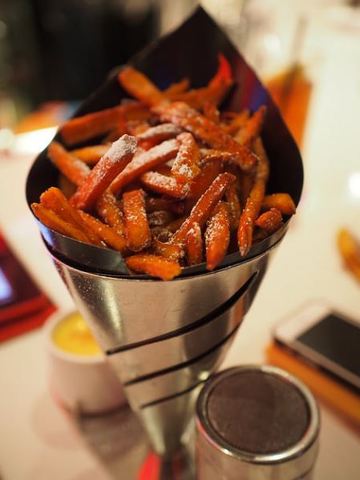 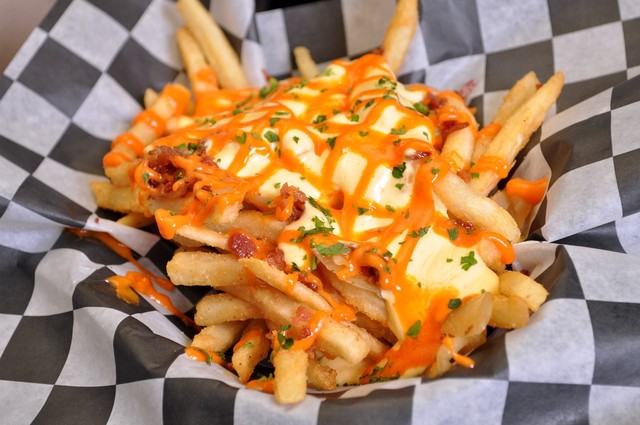 If you know of any more amazing fries, we would definitely like to hear about them. Leave a comment with this article on our Facebook page.