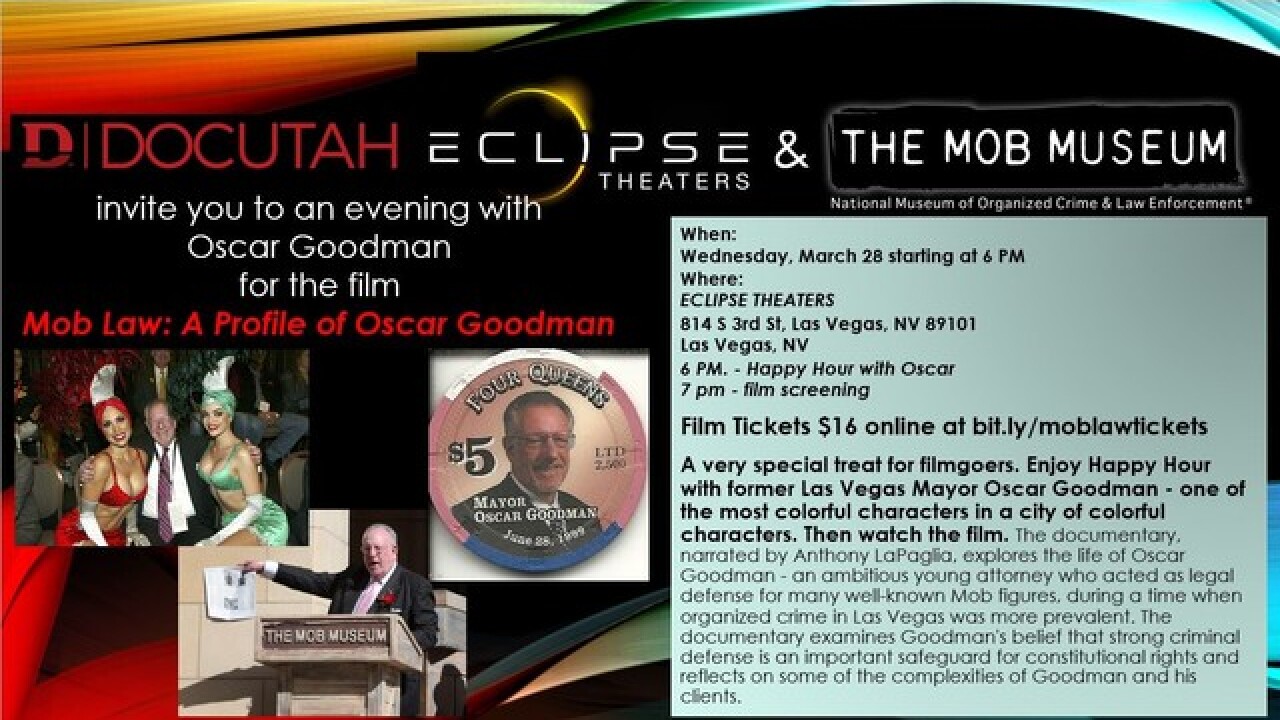 Dixie State University DOCUTAH International Documentary Film Festival and the Eclipse Theaters  are offering a very special treat for filmgoers. Enjoy Happy Hour With Oscar in the luxurious Eclipse Theaters Lounge with former Las Vegas Mayor Oscar Goodman, one of the most colorful characters in a city of colorful characters. Then watch the documentary film, "MOB LAW: A Film Portrait of Oscar Goodman."

Mix and mingle with Oscar, current Las Vegas Mayor Carolyn Goodman, Geoff Schumacher – Senior Director of Content, The Mob Museum, and folks from the DOCUTAH film festival. Oscar and Geoff will be around for introductions and Q&A after the screening.

The documentary, narrated by Anthony LaPaglia, explores the life of Oscar Goodman, an ambitious young attorney who acted as legal defense for many well-known Mob figures, during a time when organized crime in Las Vegas was more prevalent. Filmmaker Paul Wilmhurst examines the world of the Mafia and mob lawyer Oscar Goodman, who alleges [at the time] the mob doesn't exist. The documentary examines Goodman's belief that strong criminal defense is an important safeguard for constitutional rights and reflects on some of the complexities of Goodman and his clients. Goodman was later elected the mayor of Las Vegas and plays himself in Martin Scorsese's film, Casino. The film was produced by renowned producer/director, Gary Johnstone. Objects from The Mob Museum will be on display.

Tickets for the film at the luxurious Eclipse Theaters are $16. Tickets may be purchased online.