Giulia Montaldo, who attends Doral Academy's Saddle Campus, won the grand prize for the 2018 Mojave Max Emergence Contest with the closest guess of when the desert tortoise would emerge. 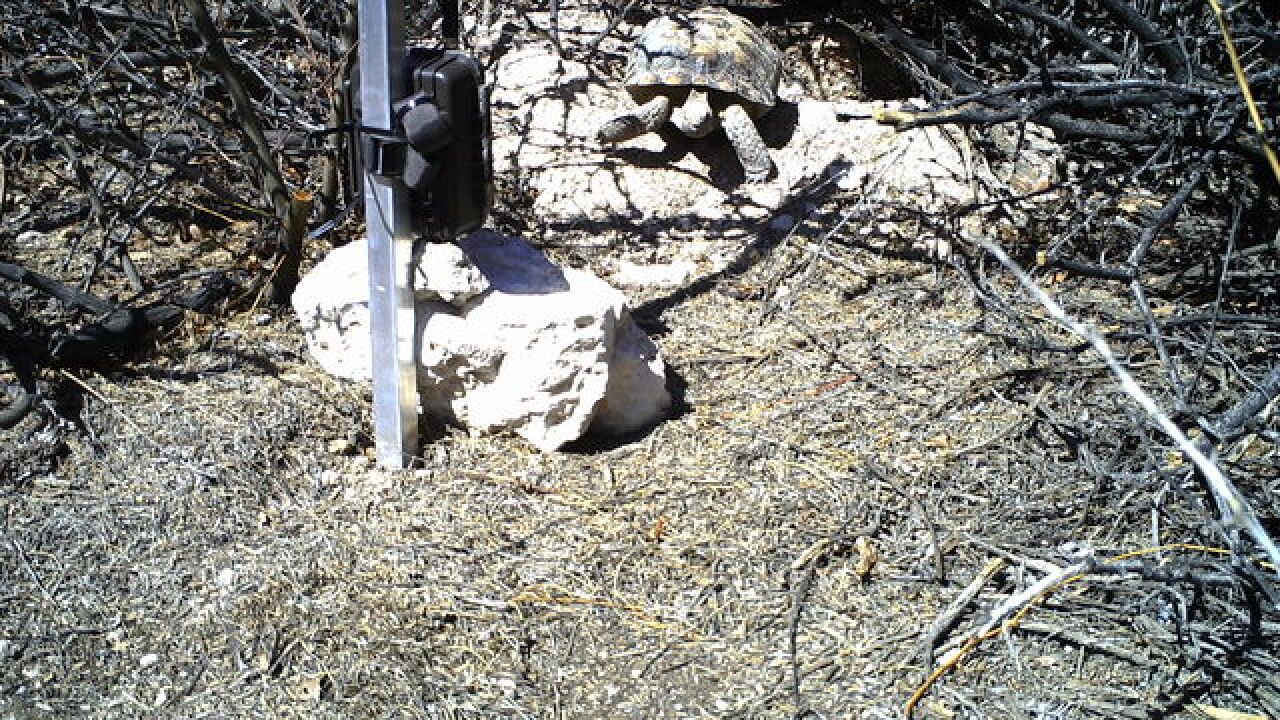 UPDATE APRIL 10: Giulia Montaldo, who attends Doral Academy's Saddle Campus, won the grand prize for the 2018 Mojave Max Emergence Contest with the closest guess of when the desert tortoise would emerge.

Giulia says she was very excited she won and animals have a very special place in her heart.

More than 4,700 students entered the contest.

Mojave Max has emerged from his burrow, a few days after spring begun.

The desert tortoise officially emerged from his burrow Friday, March 23, at 11:11 a.m.

Mojave Max calls the Springs Preserve in Las Vegas his home. Like other Southern Nevada reptiles, he enters a burrow to brumate -- the reptilian form of hibernation -- every winter and emerges every spring.

Mojave Max’s emergence has been said to mark the beginning of spring-like weather in Southern Nevada. Warmer temperatures, longer daylight hours and his own internal clock are factors known to contribute to his emergence every year.

As part of the 18th annual Mojave Max Emergence Contest, students from Clark County have been studying Mojave Desert weather, temperatures and conditions to scientifically estimate when they believed Mojave Max would emerge from his burrow in 2018.

They entered their guesses online. The entries are being tabulated and the official winner of the Mojave Max Emergence Contest will be announced soon.