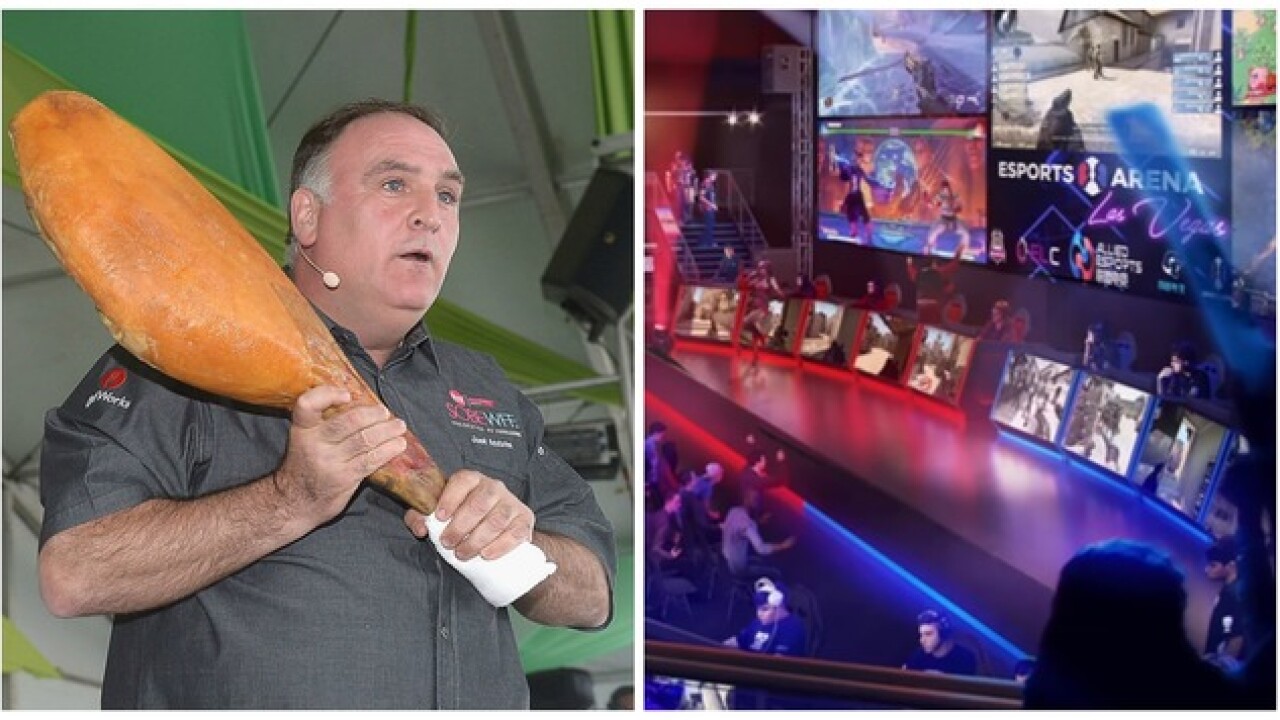 The chef behind Las Vegas restaurants like Bazaar Meat and China Poblano is cooking up a gaming-inspired menu at the upcoming Esports Arena inside the Luxor.

ThinkFoodEntertainment, which is part of Chef José Andrés’ ThinkFoodGroup, will come up with food items that are "catered to gamers, with portions crafted with efficiency in mind," according to a press release.

"My team and I are working to create a menu that is delicious, but also practical for the gaming environment," said Andrés, who considers himself to be an avid gamer. "The development process has been a lot of fun as we determine what gamers will want to enjoy while playing!”

Details about what will be on the menu will be announced at a later date.

Allied Esports announced earlier this year that they were partnering with the Luxor hotel-casino to bring the 30,000-square-foot Esports Arena to Las Vegas. The venue will have a competition stage, an LED video wall, daily gaming stations, as well as streaming and television-quality production studios.

According to a press release, Allied Esports intends to use the property to host championships, tournaments, leagues, and other high-stakes match-ups for the esports community.