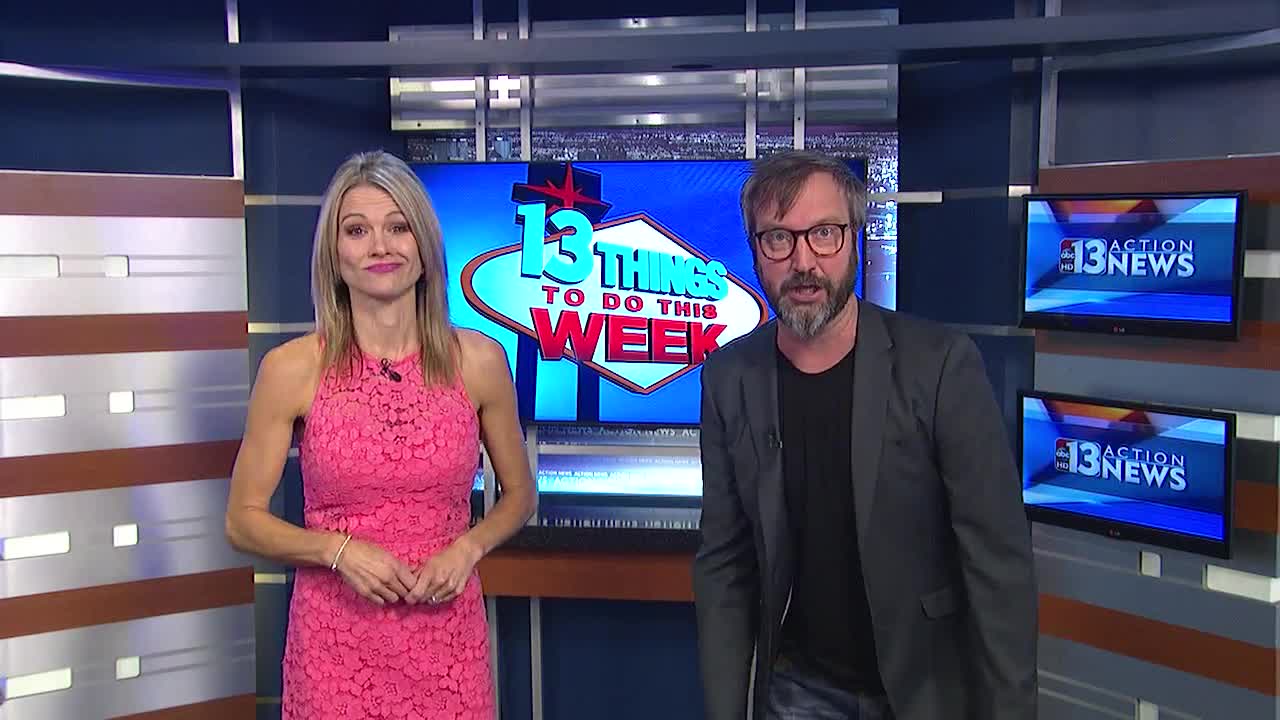 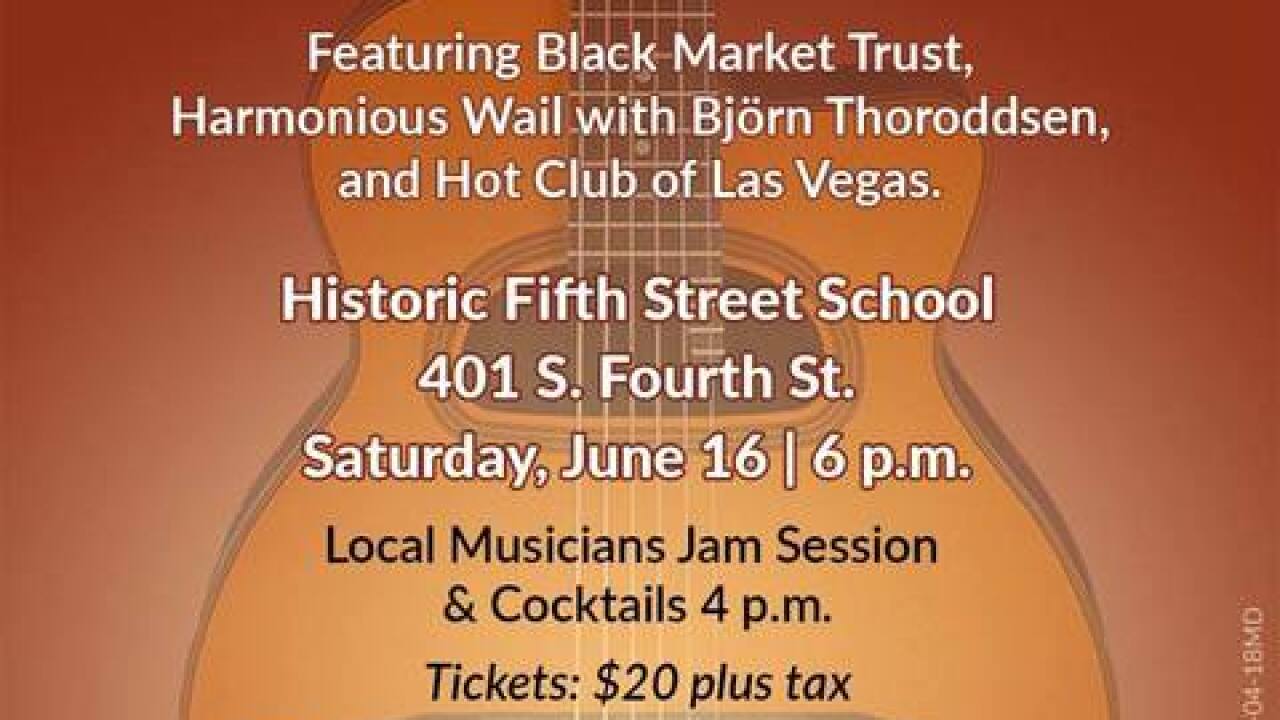 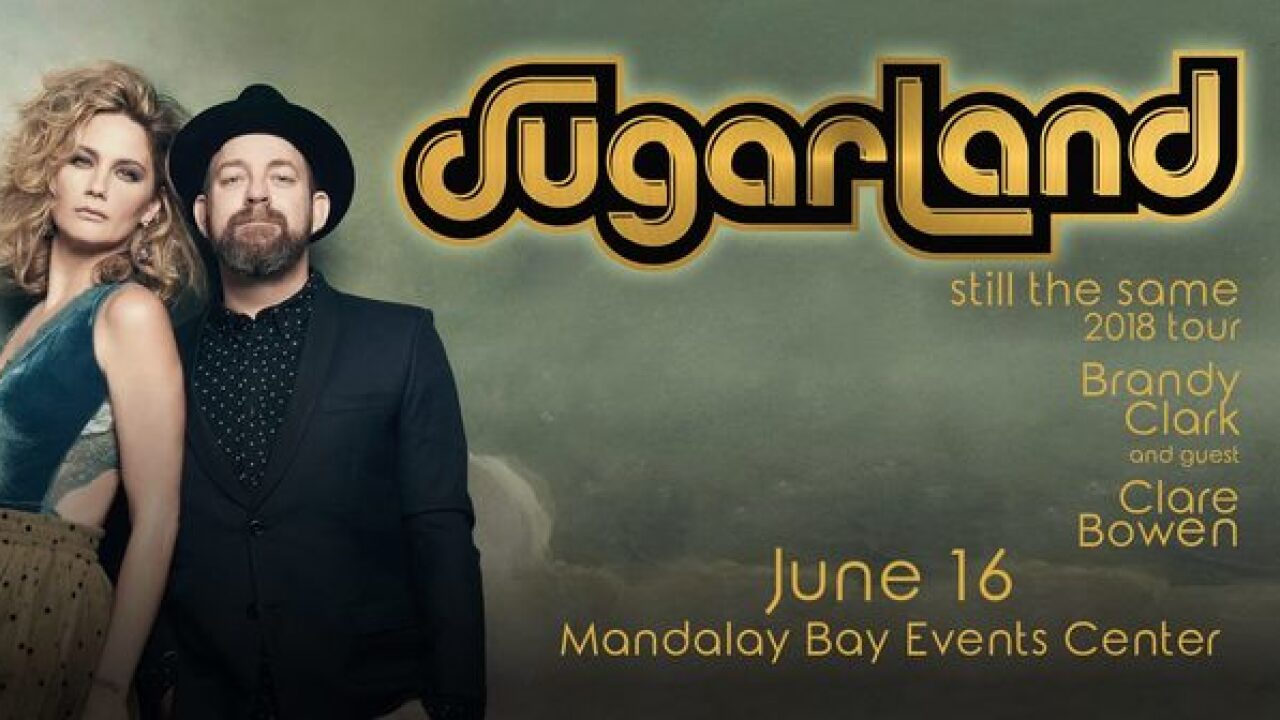 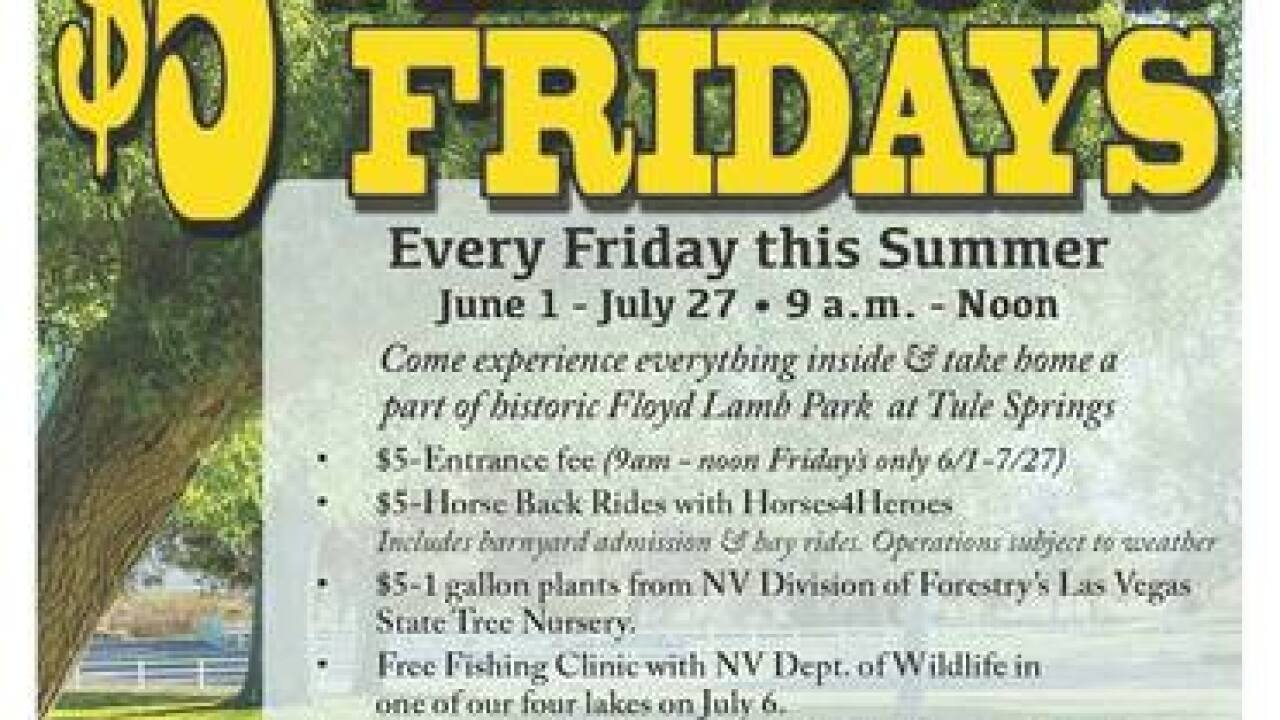 1. Head to Floyd Lamb Park at Tule Springs for $5 Fabulous Fridays every Friday through July 27. Pay just $5 to get in, $5 to ride a horse, and $5 for a plant. There will also be free fishing clinic, self-guided tours, and free games and activities.

2. The Las Vegas Car Stars rolls into Downtown Las Vegas this weekend. There will be multiple cars on display that have had starring roles on TV and in the movies. The cast of Stephen King's "Christine" will also be there to sign autographs.

4. The Box Tops from Memphis is rock group from the late 1960s. Hit songs included "Neon Rainbow," "Soul Deep" and "Cry Like A Baby." They perform June 15 at the Golden Nugget.

5. Alex Tuch, Vegas Golden Knights, will be signing autographs at Legacy Sports Cards on West Sahara Avenue on June 15. A $50 required purchase of any Upper Deck product will include one Alex Tuch autograph and an Upper Deck Inaugural Golden Knights Pack !

6. Comedian Tom Green is performing at Harrah's Las Vegas. Green is known for his uncensored rants on everything from politics and the economy to the pitfalls of social media and technology. Green performs Sunday and Monday.

7. Nine Inch Nails performs in The Joint at the Hard Rock Hotel on June 15. Biggest hits include "Hurt," "The Hand That Feeds" and "Sin." Special guest Queen Kwong.

8. NHL trophies, including the Stanley Cup (at specific times), will be on display from June 16-19 at the Hard Rock Hotel. There will be 20 trophies total. The 2018 NHL Awards presented by Hulu will take place June 20. Other tropies include Art Ross Trophy, Hart Memorial Tropy, Jack Adams Award, President's Trophy, Prince of Wales Trophy and Ted Lindsay Award.

9. The DjangoVegas Jazz Festival is back June 16 at Historic Fifth Street School. The festival is named after Django Reinhardt. This year's performers include Black Market Trust, Harmonious Wail with Bjorn Thoroddsen and Hot Club of Las Vegas.

10. Sugarland is bringing its Still The Same Tour to Mandalay Bay Events Center on June 16. This is the first tour after a 5-year hiatus. The tour is to promote their 6th album "Bigger."

11. Sin City Opera will present Opera in the Park at Inspirada on June 16. In addition to opera, enjoy film clips from classics like "The Godfather," "Moonstruck," "A Room With A View," and "A Night at the Opera." Box dinners available for purchase. Wine sampling.

12. Country singer Brantley Gilbert is bringing his The Ones That Like Me Tour to Green Valley Ranch Resort on June 15. Presented by 95.5 The Bull. Special guest Lauren Alaina.

13. The Composers Showcase of Las Vegas takes place monthly inside Myron's Cabaret Jazz at The Smith Center for the Performing Arts. The next showcase is June 20. It is hosted/emceed by Keith Thompson, producer of "The Cocktail Cabaret" and musical director for "Jersey Boys."