Info on Adam London's "Laughternoon" and the Rayford Brothers performance at McDonald's. 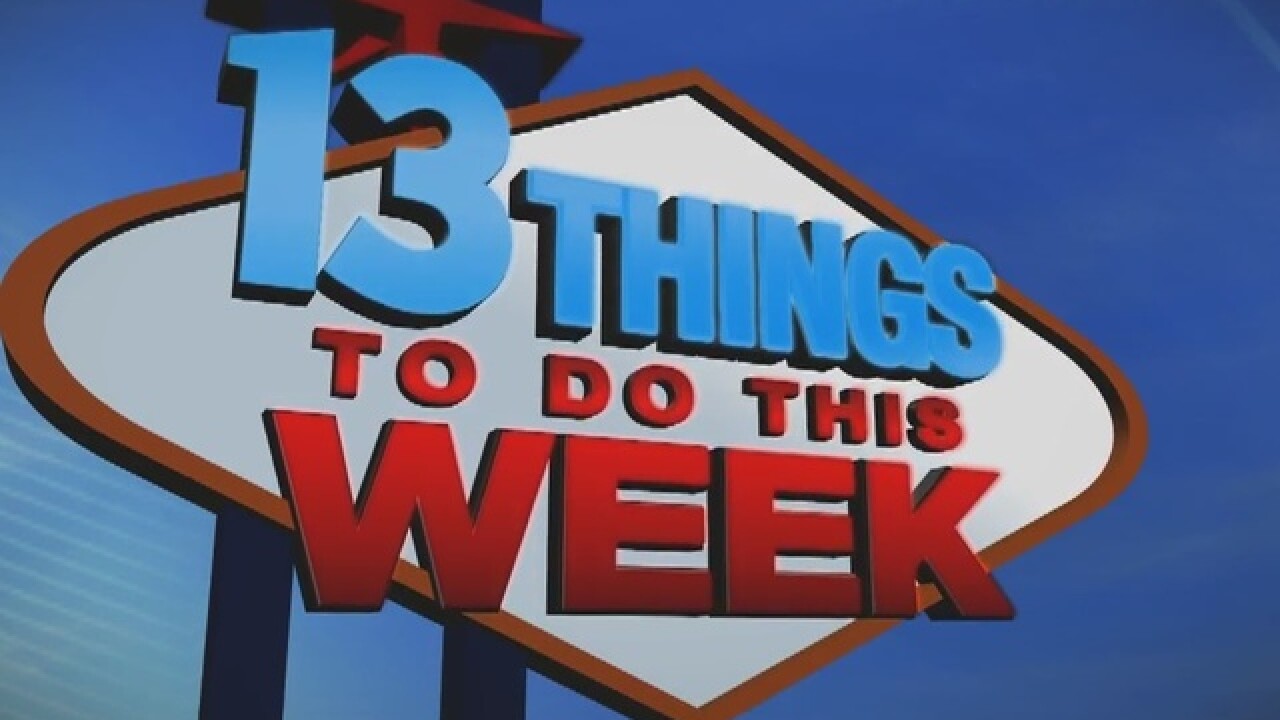 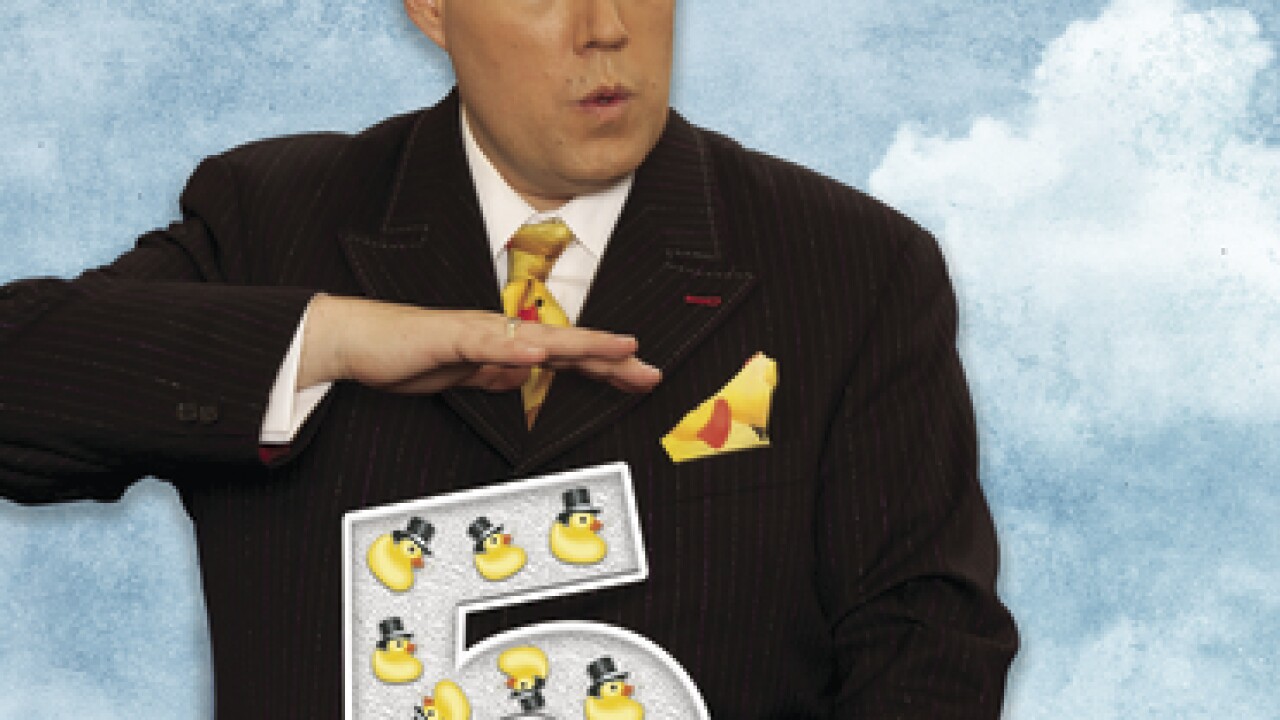 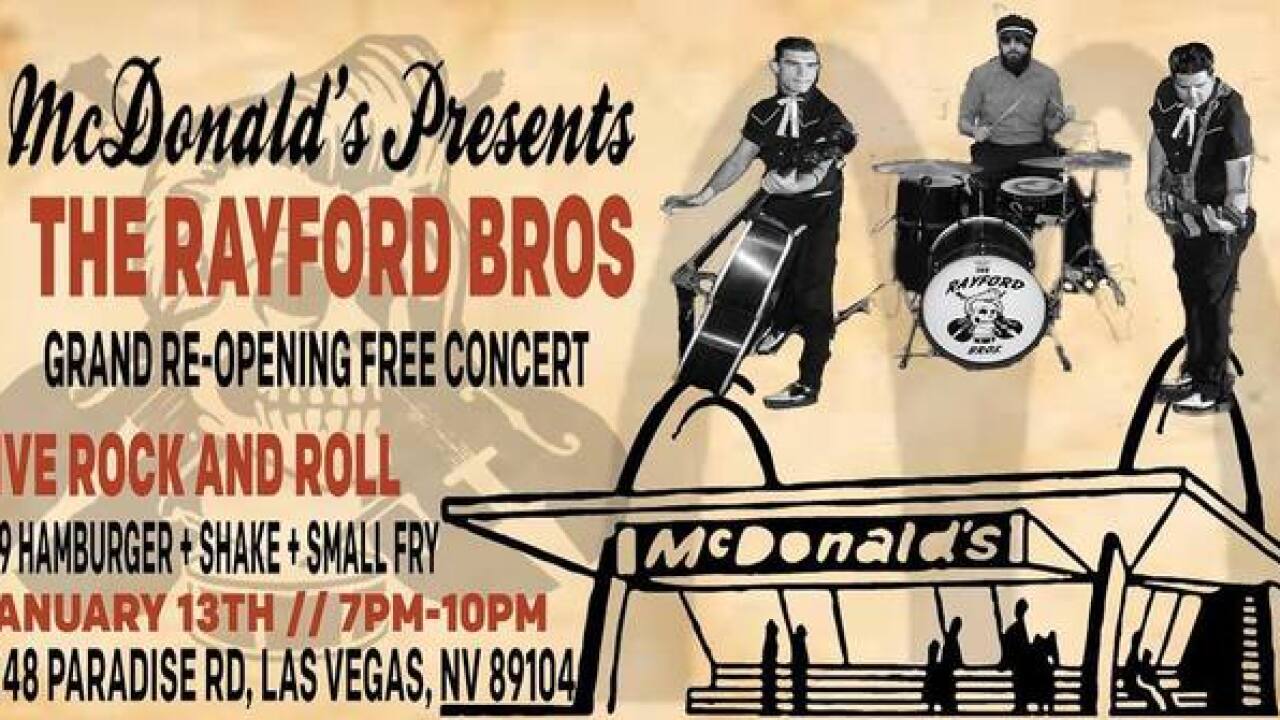 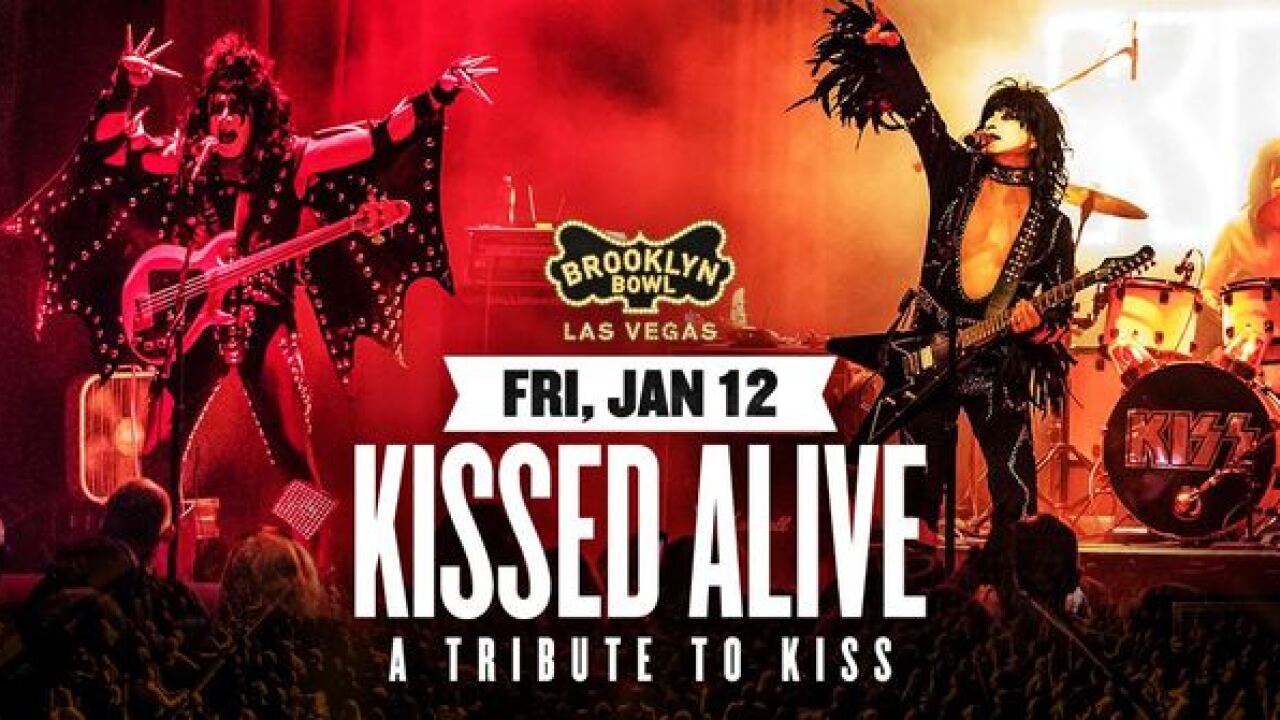 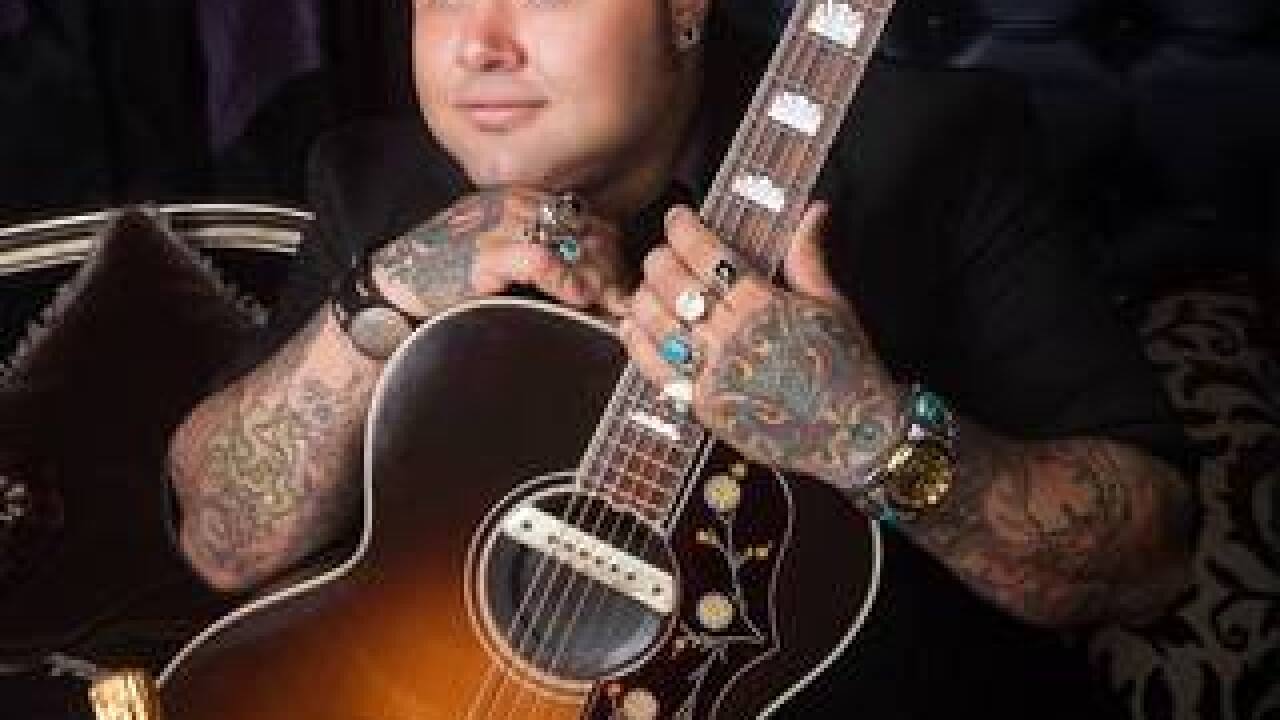 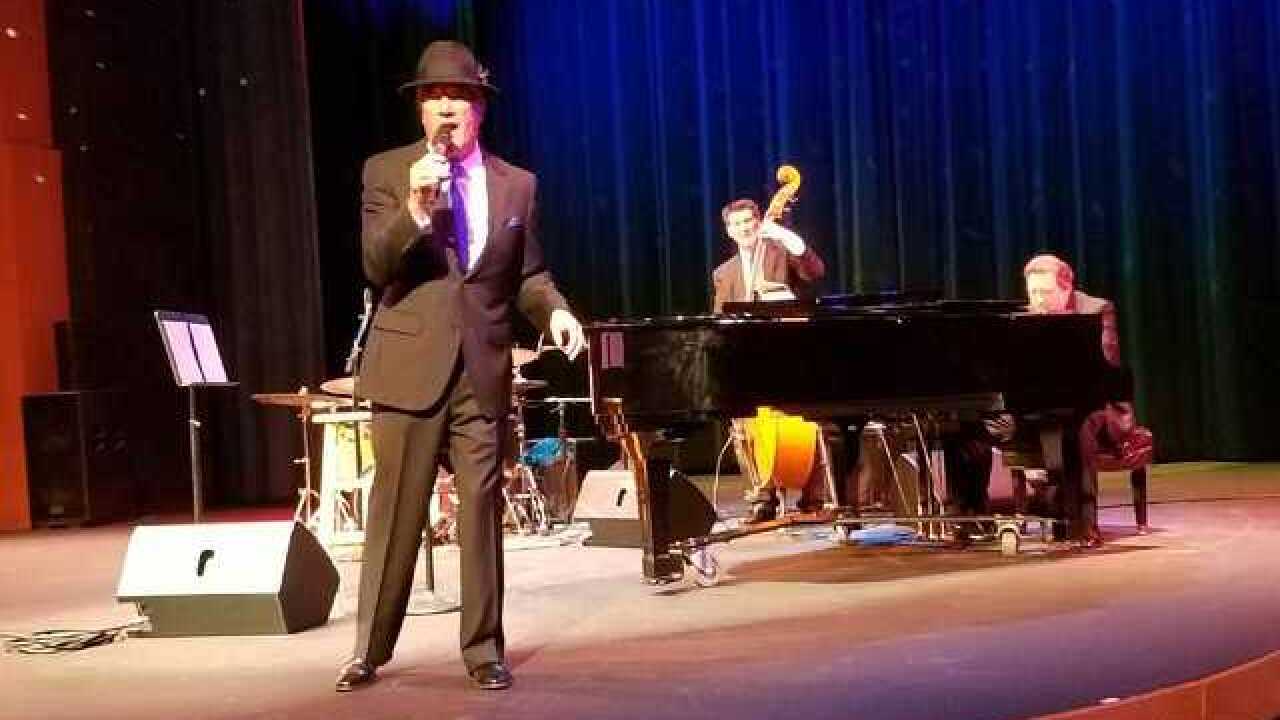 Here are 13 things to do this week around the Las Vegas valley for the week of Jan. 12 through 18:

1. Marilyn Manson performs Jan. 12 in the House of Blues at Mandalay Bay. Manson was originally supposed to perform in Las Vegas on Oct. 27 but was forced to reschedule his show.

3. Lyfe Jennings is known for his emotional ballads with a unique sound that blurs the lines between R&B and folk. He performs Jan. 12 at Sam's Town.

4. Frankie Valli & The Four Seasons are performing inside Park Theater at the Monte Carlo on Jan. 12 and 13. Valli's number one hits include "Sherry," "Big Girl's Don't Cry," "Walk Like a Man" and "Can't Take My Eyes Off You."

5. GRAMMY Award winner and legendary DJ Tiesto is taking over the MGM Grand lobby on Jan. 13 in celebration of his own birthday. There will be a meet and greet and a special surprise guest performance. The event will begin some time after 4:30 p.m.

6. Adam London's show "Laughternoon" at D Las Vegas is celebrating 5 years by donating to local charities every month in January. The "I Give a Duck" celebration on Jan. 13 will kick things off.

7. The iconic Golden Gate hotel-casino is celebrating its 112th birthday on Jan. 13. They will serve free champagne to visitors who join their loyalty program and a special Birthday Cake shot for 99 cents - a nod to the original shrimp cocktail price.

8. Lee Canyon is hosting the 3rd annual Ruby Cup to benefit the Nevada Donor Network on Jan. 13. Skiers and snowboarders of all levels can register the day of until 2 p.m. There will be live music, a vendor fair, giveaways and more. The event is held in memory of local snowboarder and donor Chris Ruby.

9. Come play Cards Against Humanity the second Saturday of every month at Wing Nutz. There will be prizes, food and horrible people. The fun begins at 9 p.m.

10. McDonald's near Paradise Road and Sahara Avenue is celebrating their grand re-opening with a free concert and a special deal -- a hamburger, shake and small fry for just $1.99. It's happening 7 to 10 p.m. Jan. 13.

11. The annual Martin Luther King Jr. Parade is happening Jan. 15 in Downtown Las Vegas. This year's theme is "Living The Dream" and it is the 36th year for the parade. The parade will begin at 10 a.m. at Fourth Street and Gass Avenue and travel north on Fourth to Ogden Avenue.

12. Nikolas "Nik at Nite" Matrangelo performs int he main theater at Clark County Library on Jan. 16. The program is sponsored by the museum and Nik will sing all of your favorite Rat Pack era times. Admittance is free.

13. Performer Ryan Whyte Maloney, who was a finalist and part of Team Blake on Season 6 of "The Voice," is performing Jan. 17 and 24 at Tuscany Suites. Ryan plays multiple instruments and has spent years touring the country and playing in hundreds of shows.

If you would like to submit an item for 13 Things, send a press release with photos (if available) to joyce.lupiani@ktnv.com.