You can own the O.J. Simpson photo that was stolen from Palace Station 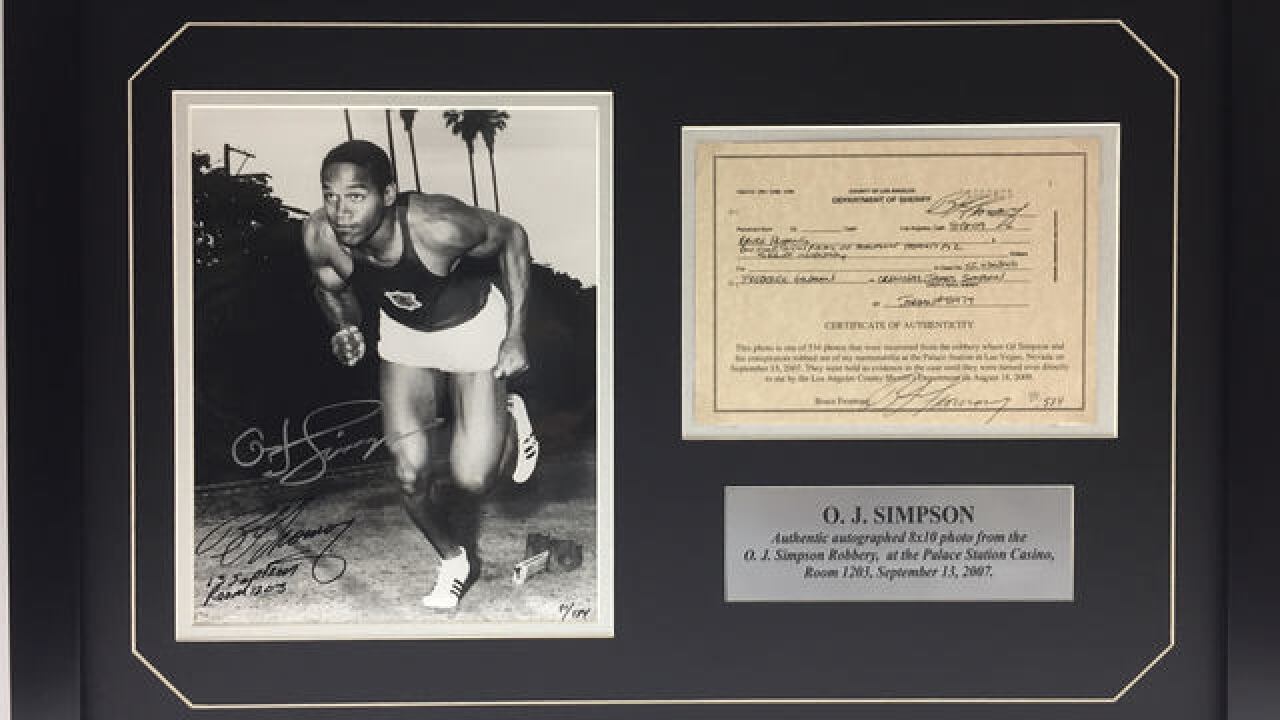 Copyright 2017 Scripps Media, Inc. All rights reserved. This material may not be published, broadcast, rewritten, or redistributed.
Inscriptagraphs

A Las Vegas sports and memorabilia company is selling one of the stolen and recovered collectibles that put O.J. Simpson behind bars for the past nine years.

The company, Inscriptagraphs, obtained the 8x10 framed photo depicting a 20-year-old Simpson running track at the University of Southern California. He was part of the school's sprint relay quartet that broke the record in the 4 x 110 yard relay at the 1967 NCAA track championships.

The photo is signed by O.J. Simpson and the victim from the Palace Station robbery, Bruce Fromong. It's available for $799, and includes the police department's evidence card and a certificate of authenticity.

You can buy the photo here.

534 items were recovered from the Simpson sports memorabilia robbery at the Palace Station in Las Vegas on Sept. 2007. O.J. Simpson is scheduled to be released from prison as soon as Oct. 1.