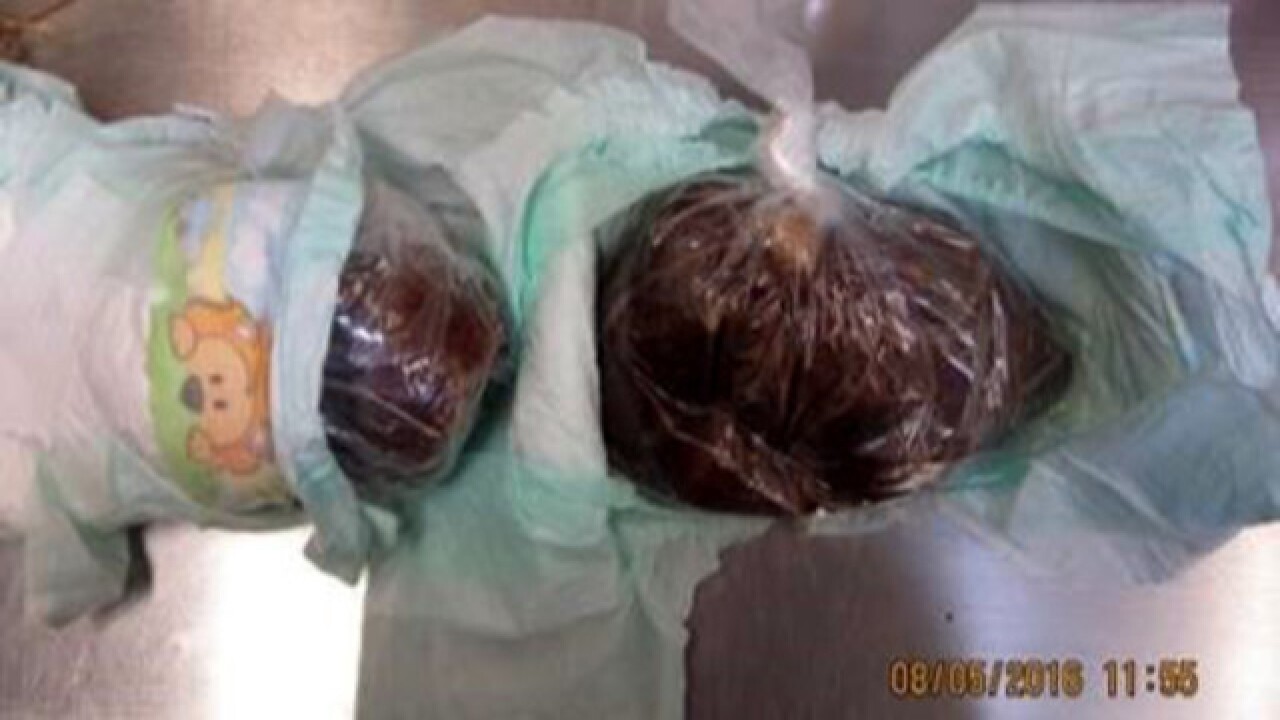 Agricultural specialists with the U.S. Customs and Border Protection (CBP) seized more than 14 pounds of pork that was found in a suitcase and wrapped in diapers while inspecting a bus earlier this month.

The pork was found on a bus attempting to enter the US at Port Nogales Mariposa crossing in Nogales, Arizona  on August 5th, according to a news release.

CBP says he bus had entered the U.S. from Sinaloa, Mexico.

Authorities say the suitcase's owner was given a $300 penalty and the bus and its passengers proceeded through the port without incident.

CBP says the seized pork and diapers were destroyed by incineration.

“Agriculture specialists in Nogales are always observant to prevent the introduction of prohibited agricultural products,” said Nogales Area Port Director Luz Garlarza in a press release. “This includes pork meat and pork products, which could lead to the introduction of animal diseases like Classical Swine Fever.”

CBP reminds travelers to declare all agricultural items upon their arrival to the U.S. to help agricultural specialists prevent the introduction of diseases and harmful pests.

A list of prohibited and permissible food items can be found here.