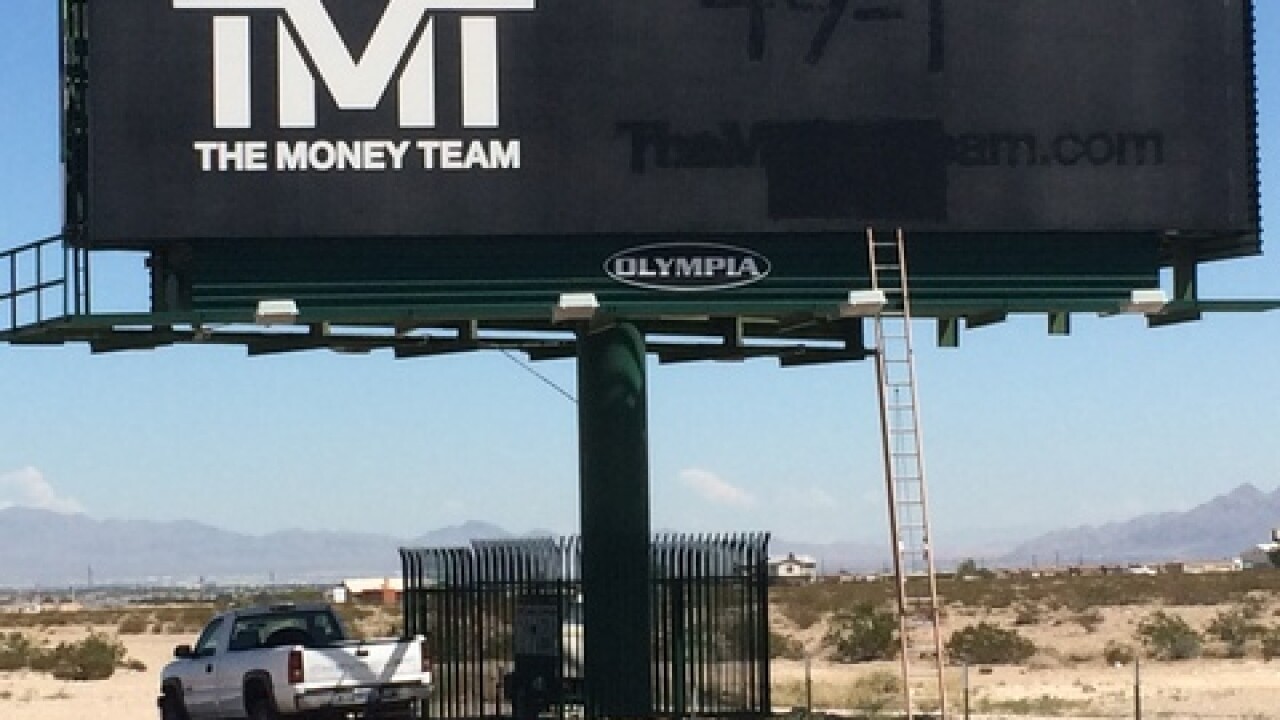 Copyright 2017 Scripps Media, Inc. All rights reserved. This material may not be published, broadcast, rewritten, or redistributed.
Jim Flint

It seems like everyone has an opinion on who will the fight between Floyd Mayweather and Conor McGregor. That includes vandals.

A billboard that promotes Mayweather's lifestyle brand, The Money Team, was defaced overnight with an Irish flag painted over the website URL, and the numbers "49-1" painted just above the flag.

The statement is a jab at Mayweather's current undefeated record, which stands at 49-0.

Crews quickly painted over the vandalism on Saturday morning.

While police have not yet named a culprit, both INDECLINE and A Day in the Life posted videos of the vandalism on their Instagram accounts. The former wrote in their post, "CHAMPIONS DON'T HAVE RECORDS OF DOMESTIC VIOLENCE."

INDECLINE considers themselves an "activist collective." Their previous works include naked statues of Donald Trump.