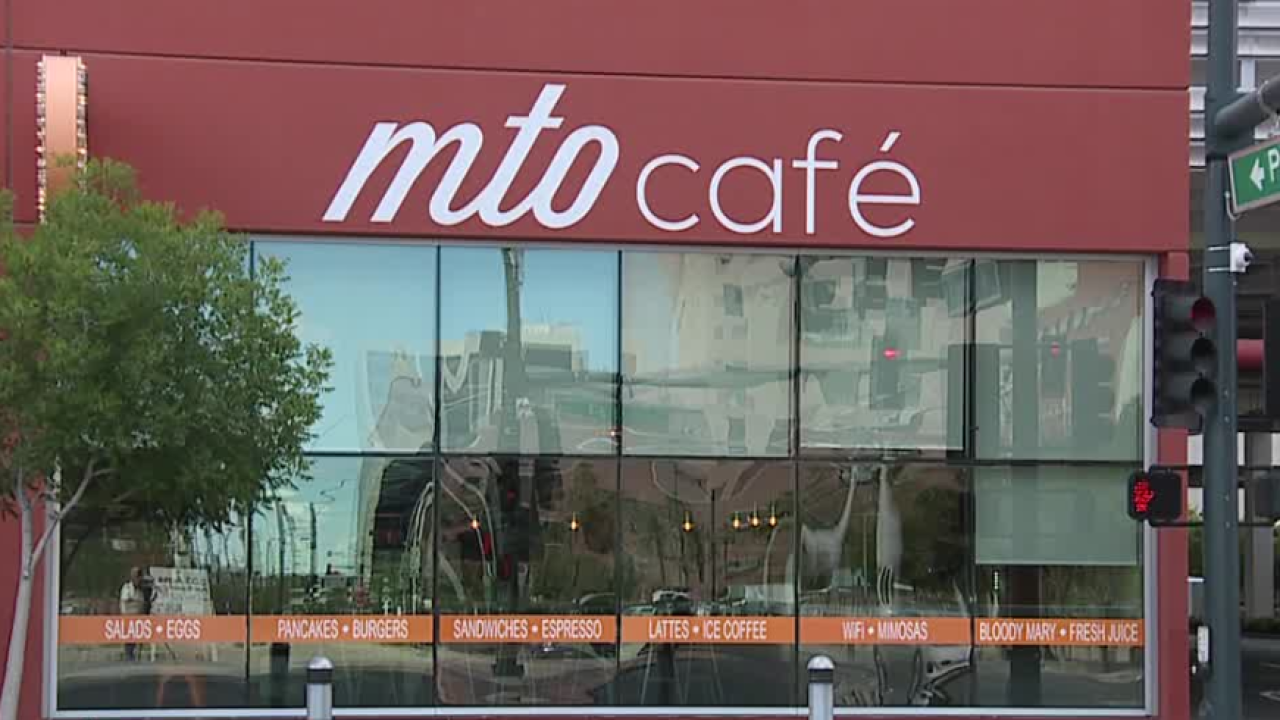 LAS VEGAS (KTNV) — A viral video sparked a social media fury after a restaurant manager was caught berating an employee over her tips.

The video was recorded at the MTO Café in downtown Las Vegas and was posted to Twitter on Sunday.

13 Action News spoke to a former employee about the viral video.

Former employee of @MTOCafe comments on viral video. He says he worked for the company two years but decided to quit, he couldn’t take the verbal abuse from the same manager seen in the video. “He was always yelling and mistreating the employees.” Story at 6pm @KTNV. pic.twitter.com/4Mc90q40r4

Sean Scott said the manager would always yell at work.

"I've been yelled at like [that] before. I've seen others get yelled before," said Scott.

The 23-year-old said he worked at MTO Café for nearly three years but felt the need to quit.

"I just got tired of getting yelled at, so I left. This literally happens to a lot of people, everyone. No matter who you are or what you did," said Scott.

"It's really annoying just to see they have to go through this. Every single day," said Scott.

Allyson Abelido recorded the video and told 13 Action News her video captured the intense situation between her manager, Young Lee, and her female coworker.

Work harassment is 100% real. Here is a video of my coworker being VERBALLY ABUSED by out manager. This is today at MTO Cafe (downtown location). pic.twitter.com/U4pMnEfOu0

"If they feel like you didn't work hard enough, they would tell everyone not to tip you out," said Scott.

The video sparked so much outrage; people have rated MTO Café one-star reviews on Yelp.

Dozens of reviews were posted throughout Monday.

13 Action News reached out to MTO Café's management by phone, email, and even on twitter to get their side of the story, but they never responded.

13 Action News did find out the owner is Ben Sabouri.

Sabouri responded to some of the reviews with a general statement:

"We are deeply saddened and disturbed by what has come to our attention today. We do not believe in treating our team members this way and unequivocally stand with our team. We have taken the necessary steps to swiftly terminate the manager. We apologize to our team as the actions of this individual do not represent our values."

Scott said MTO Café's management previously knew Lee's inappropriate behavior towards the employees but never did much to correct it because Lee is not just a manager but MTO Café's business partner and owner.

13 Action News could not confirm that.

The State of Nevada Department of Business and Industry takes in complaints that have to do with non-payment of wages.