Valpak is rewarding consumers with $100 checks 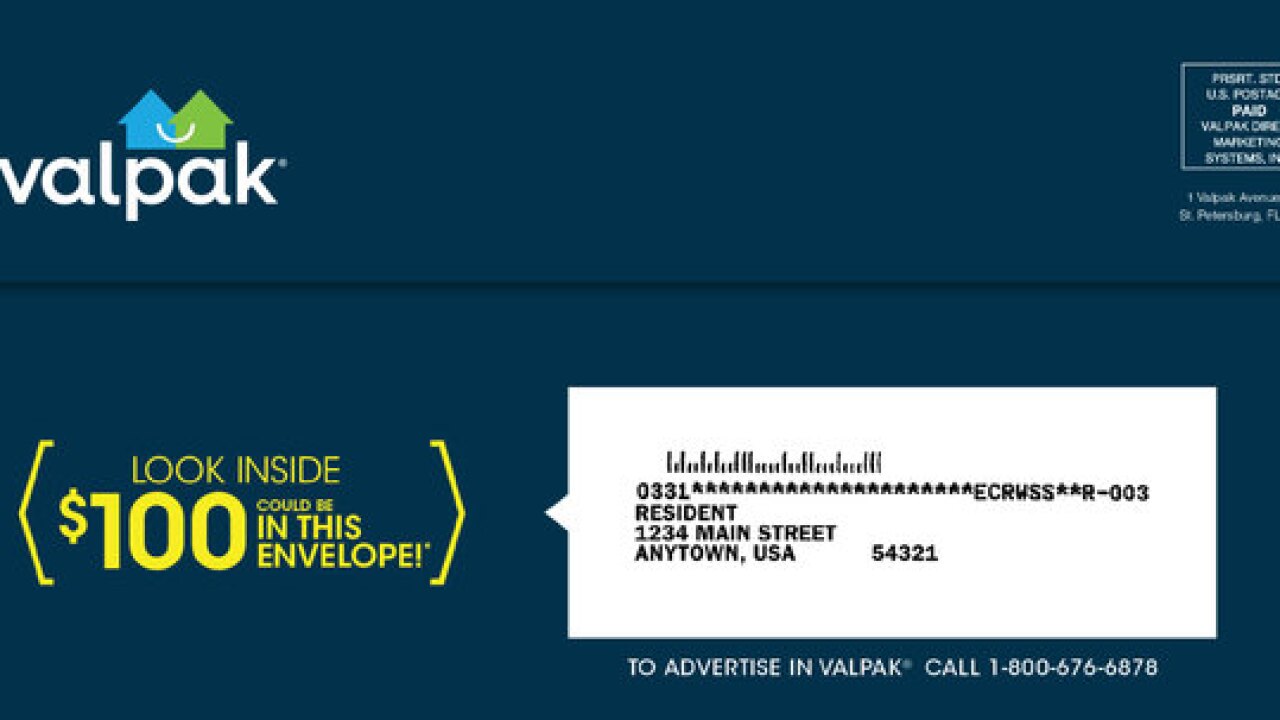 You might want to think twice about throwing away the monthly Valpak coupon envelope.

The direct-marketing business says that it will include no-strings-attached $100 checks in random envelopes every month in 2018.

Obviously, it’s an effort to get consumers to open and look through the envelopes instead of tossing them in the trash without even a glance.

The chances of discovering one of those checks is roughly 1 in 50,000, according to USA Today .

This isn’t the first time that Valpak has included checks made out to cash in its envelopes. They’ve been doing it since 1988. However, this is the first time they’ve done it in every market (47 states) at the same time.

The special promotion is in honor of the company’s 50th anniversary.

The next set of checks are set to go out between April 7 and 10. Anyone who finds a $100 check can take it to any bank, sign the back and get it cashed.

This is crazy! Im 1 in 50thousand! Thank you Valpack! 😄 #iWon100 😄 this is the best way to end not the best week. Here's to opening your Valpack each month and using their coupons. pic.twitter.com/dG3hKd0owv