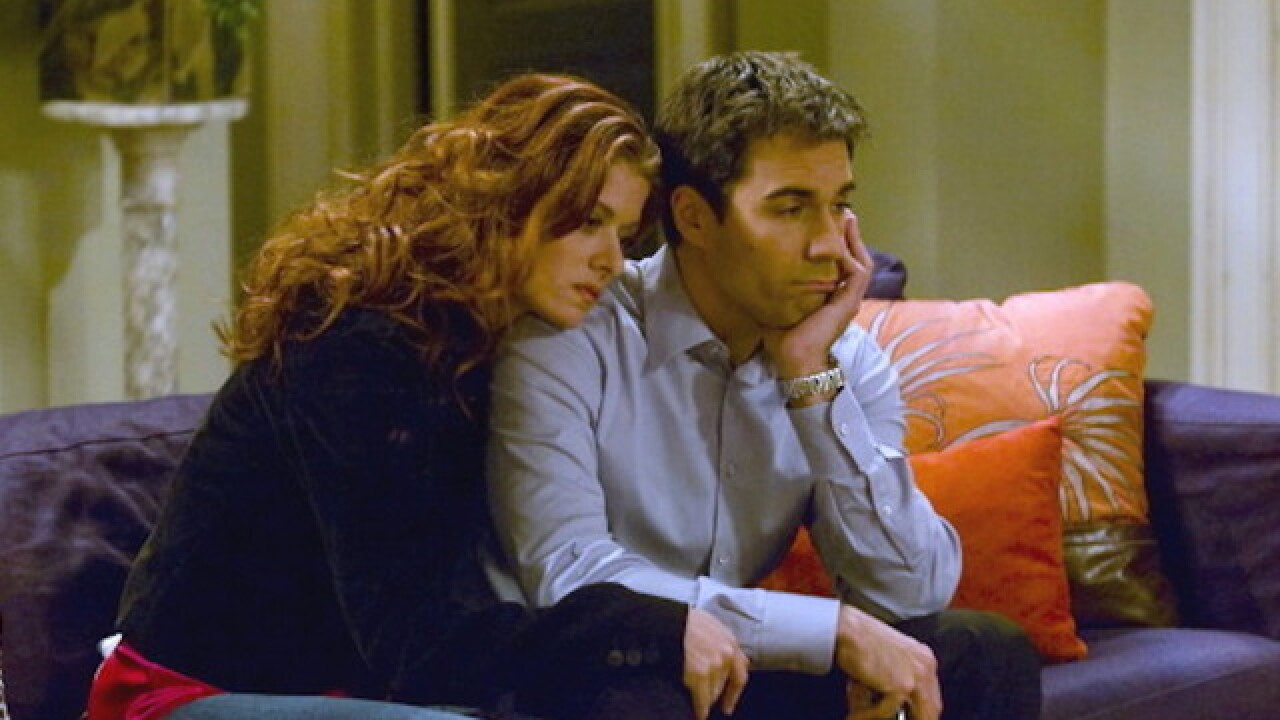 NEW YORK (AP) — President Donald Trump is again attacking Debra Messing, calling the liberal activist and "Will & Grace" star a racist and saying she should be fired from the NBC sitcom.

Messing apologized earlier this week after tweeting in support of an Alabama church sign which reads "a black vote for Trump is mental illness." Trump tweeted Thursday that Messing was being held to a different standard than what was used for Roseanne Barr, whose show "Roseanne" was cancelled in 2018 by ABC after she made racist comments about former Obama adviser Valerie Jarrett.

"Will Fake News NBC allow a McCarthy style Racist to continue?" the president wrote about Messing, who has previously asked that names of attendees at an upcoming Beverly Hills event for Trump be made public.