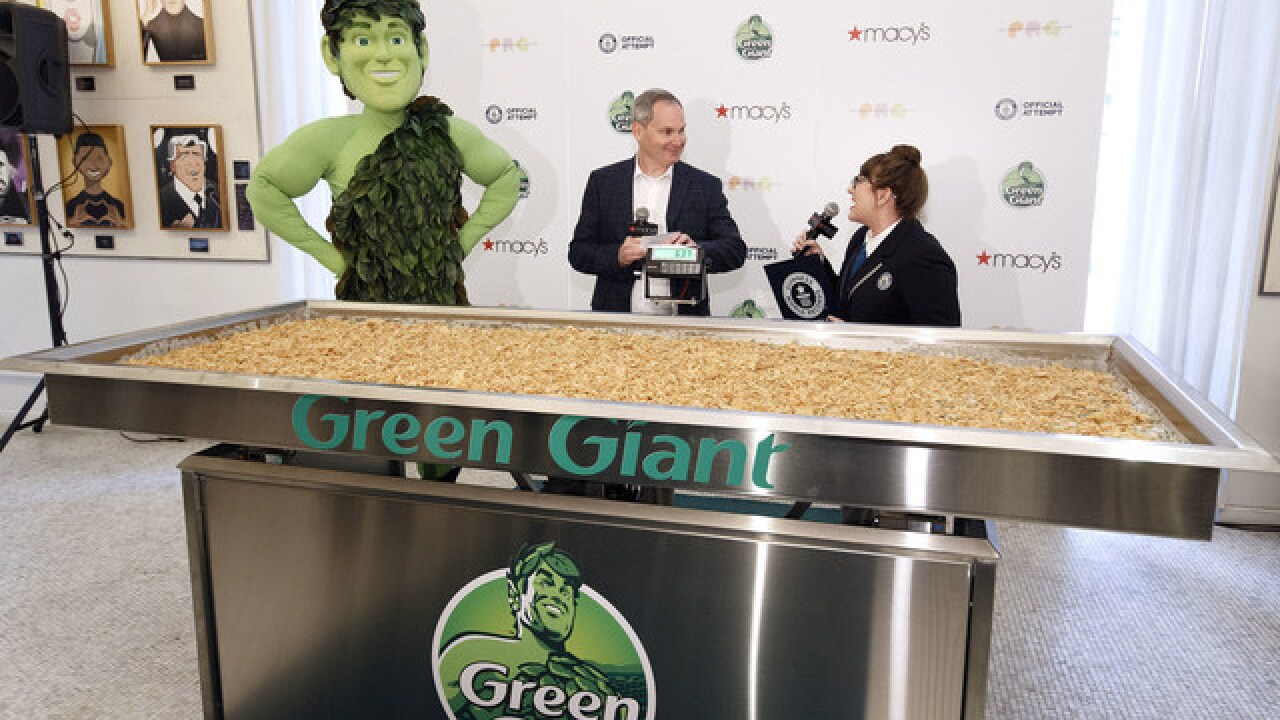 Green Giant partnered up with Stella 34 Trattoria in New York to set a Guinness World Record for the largest serving of green bean casserole.

The dish was made using 780 cans of green beans, 53 cans of mushroom soup, 8 gallons of milk, and 65 pounds of French fried onions. A representative from Green Giant says that it took over six hours to open all the cans for the casserole.

In the end, the dish weighed 637 pounds. It was donated to Citymeals on Wheels to help feed nearly 2,000 homebound elderly in New York.

According to consumer research from Green Giant, nine out of ten Americans have had green bean casserole during Thanksgiving at some point in their lives. Green beans are also the company's best-selling vegetable in November, with more than 80 million cans sold throughout the month.