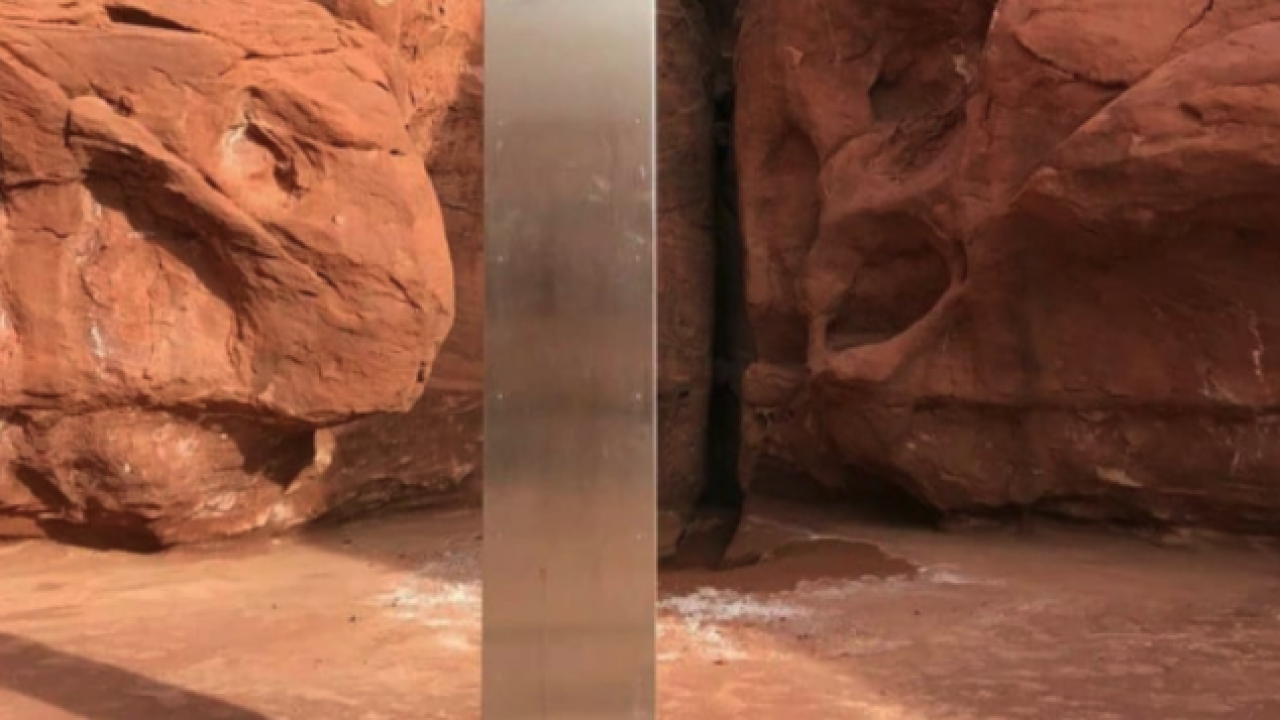 (KTNV) — Apparently the mysterious monolith in a remote area of southeast Utah wasn’t that hard to find for at least one person and his crew.

Dave Sparks, star of the Discovery Channel show “Diesel Brothers,” was able to find the tall and shiny object after reports surfaced online, in print and on television.

Sparks says the monolith is an “insanely creative piece of metal art.” He also describes how the monolith was most likely constructed in his Instagram video.

The existence of the monolith was announced by the Utah Department of Public Safety on Monday. It was discovered by a helicopter crew on a mission to count bighorn sheep in the area.

The DPS did not release the monolith’s location because it is in a remote area and they feared people attempting to visit the monolith would become stranded and require rescue.

After news of the monolith went viral, they posted a plea to potential visitors on Facebook.

At this time, it is unknown who installed the monolith in the desert. It is illegal to install structures or works of art without authorization on federally-managed public lands. The Bureau of Land Management says it will investigate if necessary.