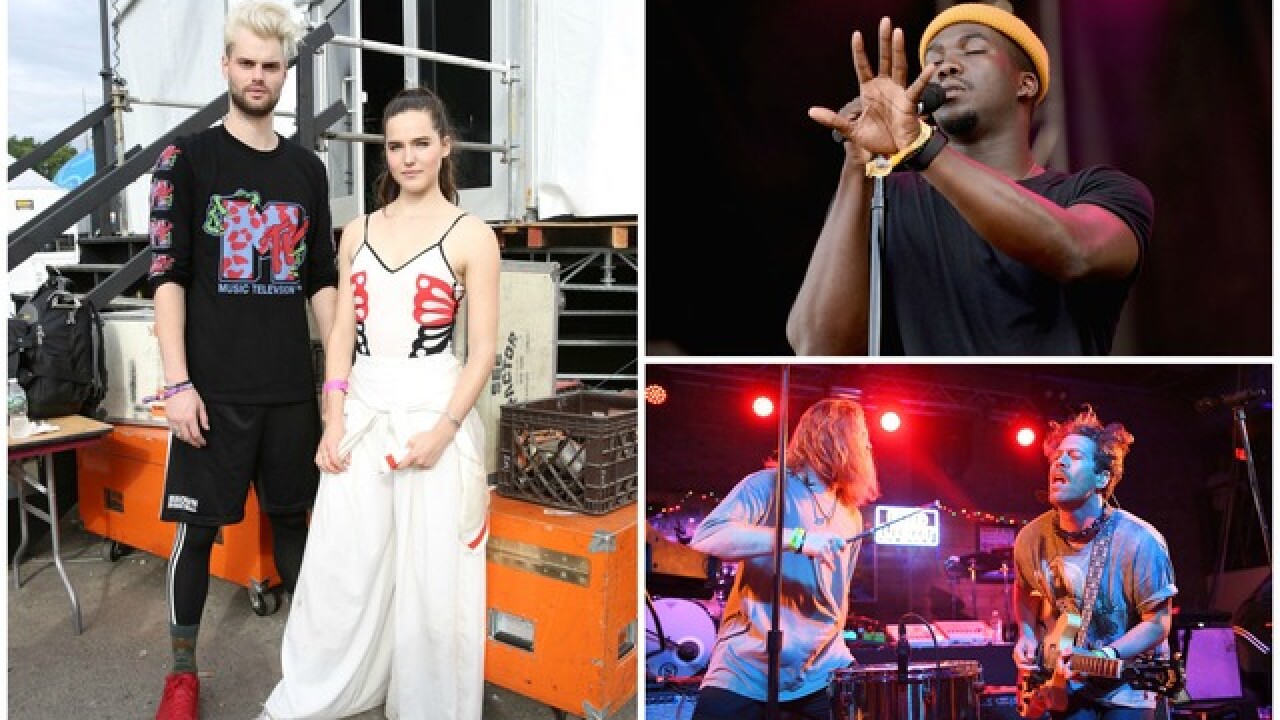 If you've been to a music festival before, you've probably run into a concert camper - someone who weasels their way into the front row early in the day so they can catch the headliner later in the evening.

It's a controversial practice that irks some performers, as concert campers don't always show the same enthusiasm for the artists on stage as the diehard fans behind them. That dynamic was on full, awkward display last year when Tegan and Sara called out a pair of campers during an otherwise solid Life is Beautiful performance. The campers were apparently waiting for Mumford and Sons to take the stage.

On the other hand, some musicians see campers as potential fans that can be reached with the right kind of performance.  That's according to three artists who spoke with 13 Action News at this year's Life is Beautiful festival in Downtown Las Vegas.

Tucker Halpern, who DJs for the dance group Sofi Tukker, says that he's never been to music festivals until he started performing at them. He admits that normal concerts are easier since you don't have to "convert people to buy into what you're doing." But he appreciates the challenge presented by music festivals.

"Some [people] are fans of ours already, and some have no idea who we are," Halpern said. "We have to go out, perform our butts off, do the best we can so that we can try to get more people to be like, 'Oh who are these guys? I love them. Now I want to be their fan.'"

James Sunderland and Brett Hite, who form the electropop band FRENSHIP, echo the same statements from Tucker, saying that it's the artists' job to "put on a kick**s show," even when concerts campers hog the front row.

The duo also says that they have a slight advantage over other artists since their style of music is hard to classify in one particular genre.

"We happen to think our music can go across all genres, go across all walks of life, all ages. I think it can tap into every kind of demographic," said Sunderland. "So if we're not doing a good job, then that's on us."

Jacob Banks takes a similar approach to winning over fans by creating music that intentionally appeals to a wide range of demographics.

"For the most part, I try to find the middle ground between really old school sounds and digital sounds," Banks said. His music typically pairs his soulful voice with both electronic beats and live instruments.

"At least they're here. That's how I see it," he explained. "The world is always torn because people have different agendas, but we're all here because we like music... For me, I celebrate moments of unity."