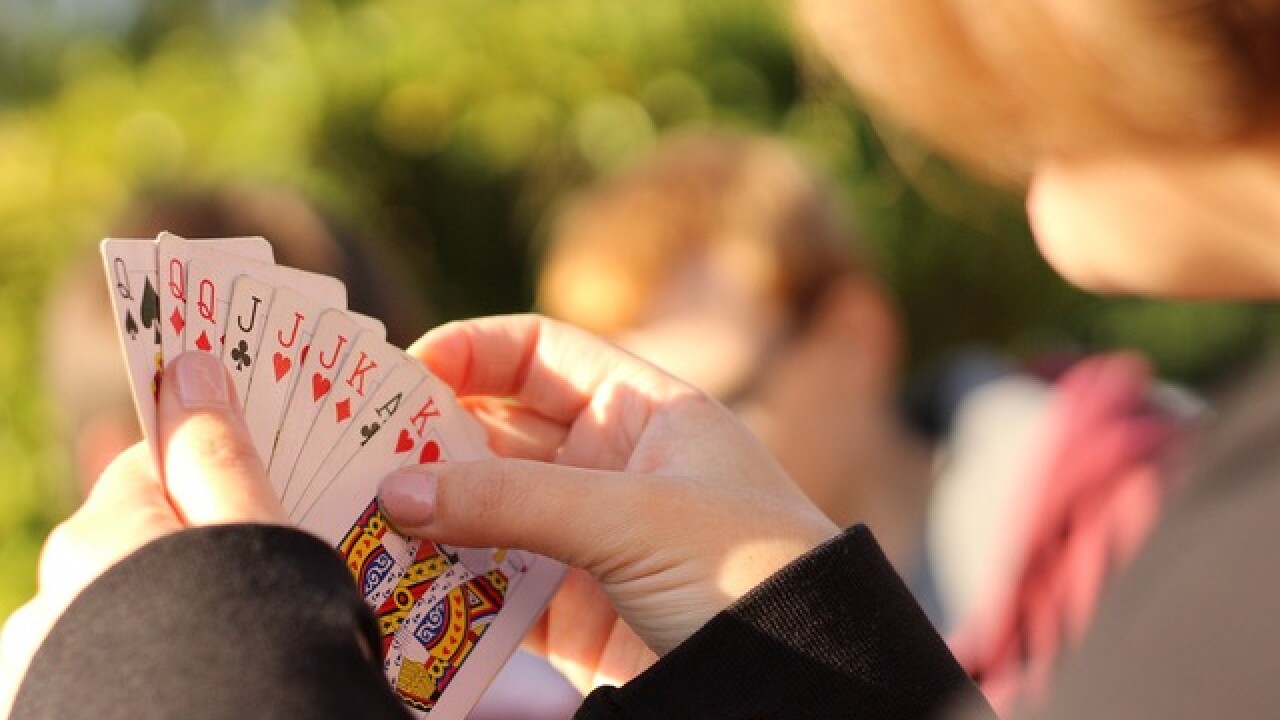 December 28 is National Card Playing Day! 13 Action News teamed up with Meepleville , a board game cafe in Las Vegas, to teach you a few simple games to play with your family:

The object of the game is to keep the total number of points under 99. If someone goes over 99, they're out of the game.

At the beginning of the round, each player is dealt three cards, and the rest of the deck is placed in the center face down.

One card is removed from the top of the deck and placed face up in the center. The number on the card indicates the total number of points.

Players decide ahead of time who goes first. On a player's turn, they will place a card from their hand on top of the face-up pile in the center. The value of the card adds to the point total.

(For example: If there is a four in the center of the table, and a player places a seven on top of it, the new total is 11.)

After placing a card on top of the face-up pile, the player draws a card. Play continues clockwise.

If a player cannot place any cards in the center because the point total would go over 99, they are removed from the game and the next player begins their turn. The last one standing wins the game.

All cards are worth their face value, except for the following:

The goal of the game is to get as close to 31 as possible.

At the beginning of the game, each player is dealt three cards and is given three tokens. The rest of the cards are placed face-down in the center of the table

Players decide among themselves who goes first. On a player's turn, they will draw a card, decide which of their three cards to keep, and discard one card in the center of the table. Play continues clockwise.

When a player thinks they're close to 31, they will knock on the table. The other players then have one more round to draw a card and remove a card from their hands.

Once the final round is complete, all players show their hands. The player with the lowest hand places a token in the center of the table. The cards are then shuffled, new hands are dealt, and a new round begins. The player who lost the previous round goes first.

When a player loses all of their tokens, they are removed from the game. The last player standing is the winner.