Most popular Halloween candy? Every state has a favorite, study says 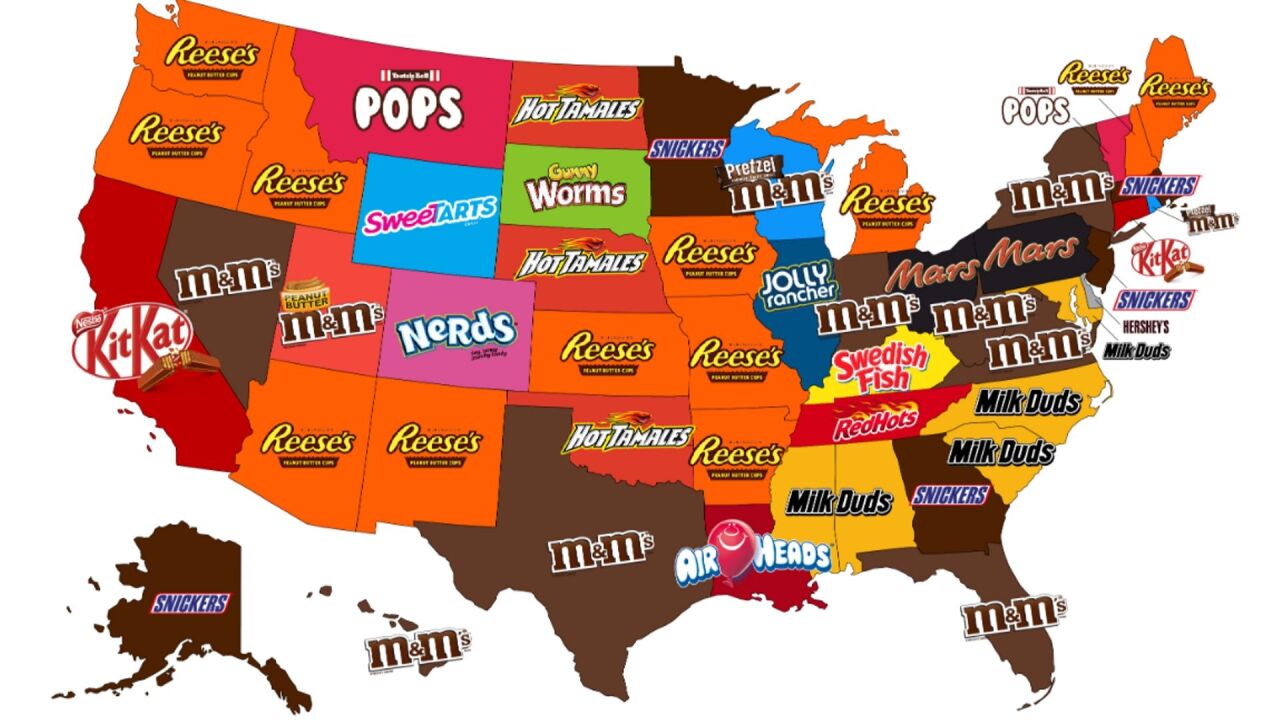 LAS VEGAS (KTNV) — As Halloween is quickly approaching, a study was conducted to find the most popular Halloween candy.

Digital Third Coast informed media outlets about the study conducted by Bid-On-Equipment that broke down the state-by-state candy results.

Numbers were pulled from Google searches with a total of 2,004 people participating in residential neighborhoods across the country.

Reese's Peanut Butter Cups came back as the most popular candy in 12 states, according to the study.

The study also says consumers are expected to spend an average of about $35 on Halloween candy, and the most popular time for trick-or-treating is 6 p.m. to 9 p.m.

Halloween, Oct. 31, falls on a Thursday this year.