Mario and Luigi win the election in GameStop poll 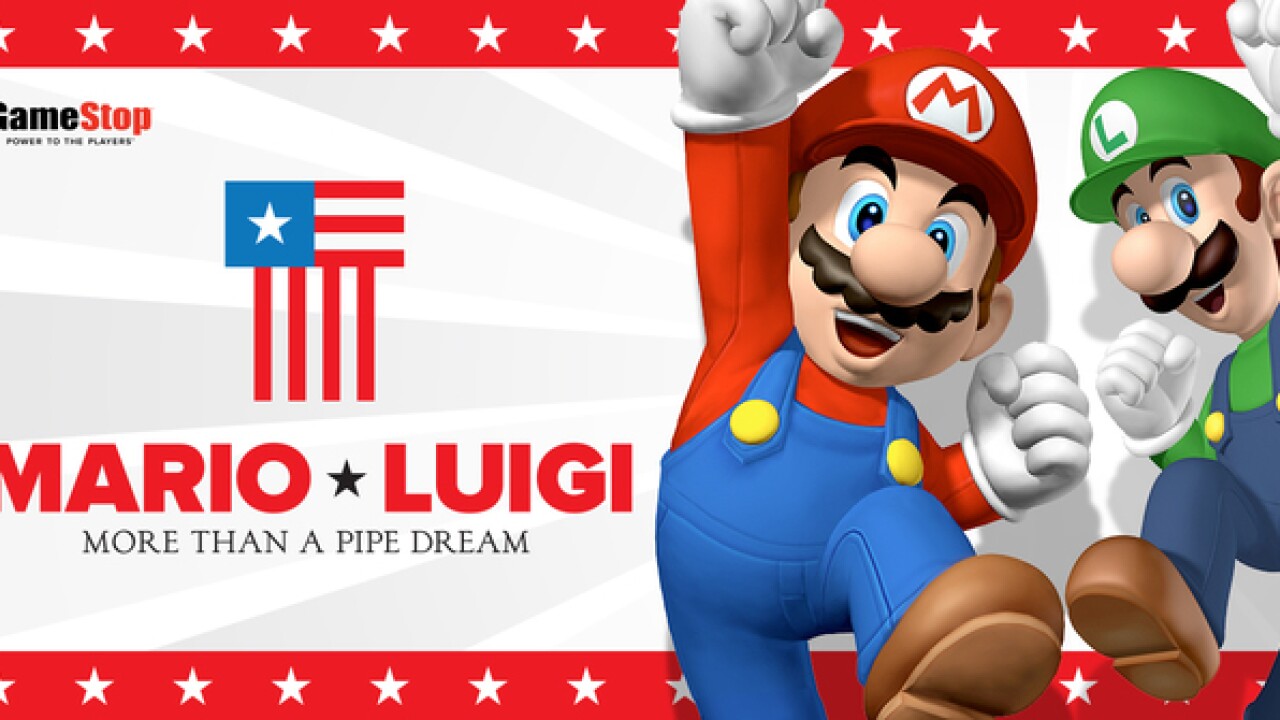 By: Bryce Riley
Posted at 12:41 PM, Nov 08, 2016
If video game characters ran for president, Mario and Luigi would take the Oval Office, according to a poll from GameStop.
The company surveyed more than 500 men and women ages 18-44. Mario and Luigi won president and vice president with 36 percent of the vote, with Nathan Drake and Master Chief coming in second place with 25 percent.
Other poll results show the following:
--If our political candidates were a video game character, 33 percent of people said Hillary Clinton would be Ms. Pac-Man, 24 percent said Donald Trump would be Pac-Man, 31 percent said Gary Johnson would be Luigi, and 31 percent said Jill Stein would be Princess peach.
--When asked about the current candidates' favorite video games, respondents speculated that Clinton's favorite would be Rise of Tomb Raider, Trump would prefer Call of Duty: Infinite Warfare, Johnson would like FIFA17, and Stein would prefer Lego Dimensions or Skylanders Imaginators.
--Master Chief was voted to be the best debate moderator, while Sonic was voted to be the best candidate guest on The Tonight Show with Jimmy Fallon.
--When speculating about which political party the video game characters may represent, 40 percent said Master Chief would run as a Republican, 28 percent said Lara Croft would run as a Democrat, 34 percent said Sonic would run as a Libertarian, and 45 percent said Link would run for the Green Party.
Copyright 2020 Scripps Media, Inc. All rights reserved. This material may not be published, broadcast, rewritten, or redistributed.