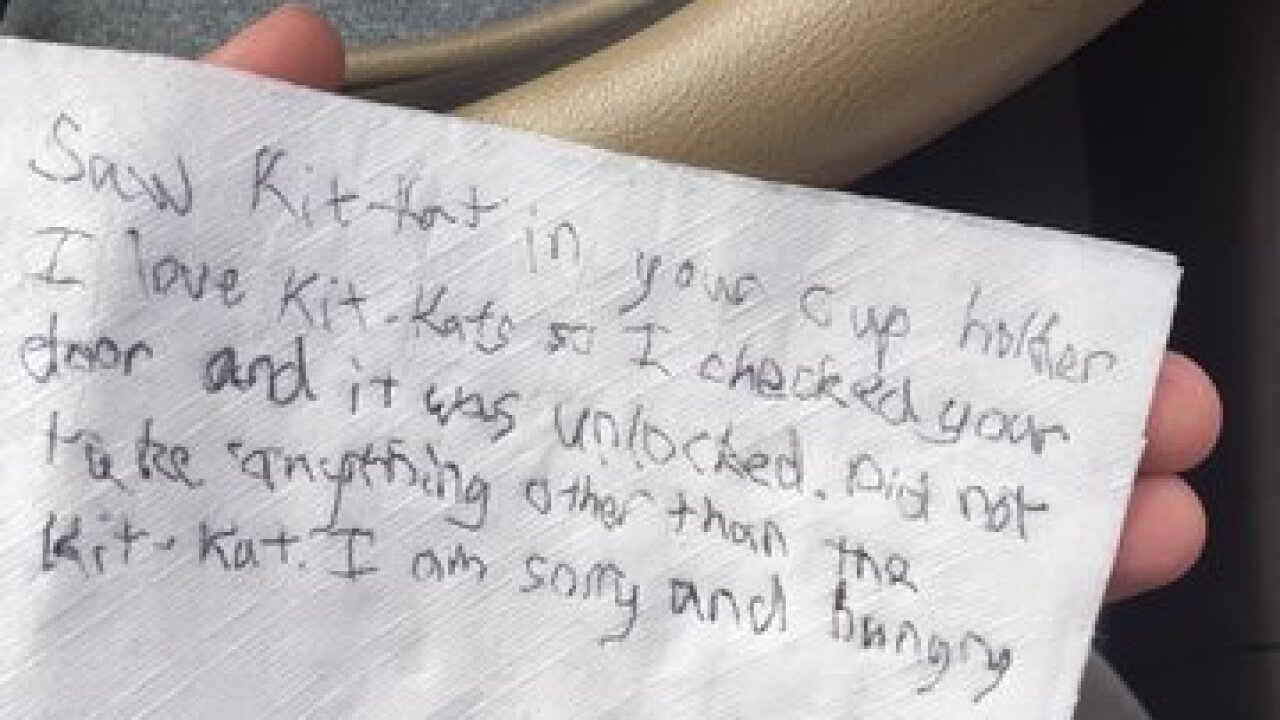 By: Bryce Riley
Posted at 5:01 PM, Nov 06, 2016
On Oct. 30, tragedy struck as one Kansas State student fell victim to a Kit Kat robbery. The hungry thief left a note on a napkin apologizing for the burglary.
Hunter Jobbins posted the note on Twitter, which caught the attention of Kit Kat. They promised to replace the stolen candy bar.
On Nov. 5, the Hershey Company filled Jobbins' car with 6,500 Kit Kat bars, according to the Huffington Post. Hundreds of K-State students gathered around the car to snag their own treat, with Jobbins more than happy to share.

Give 'em a break! Now everyone can have their very own #KitKat from @jabbins car! pic.twitter.com/PBPSfETz2C