One burglar is even recorded on camera petting the guard dog. 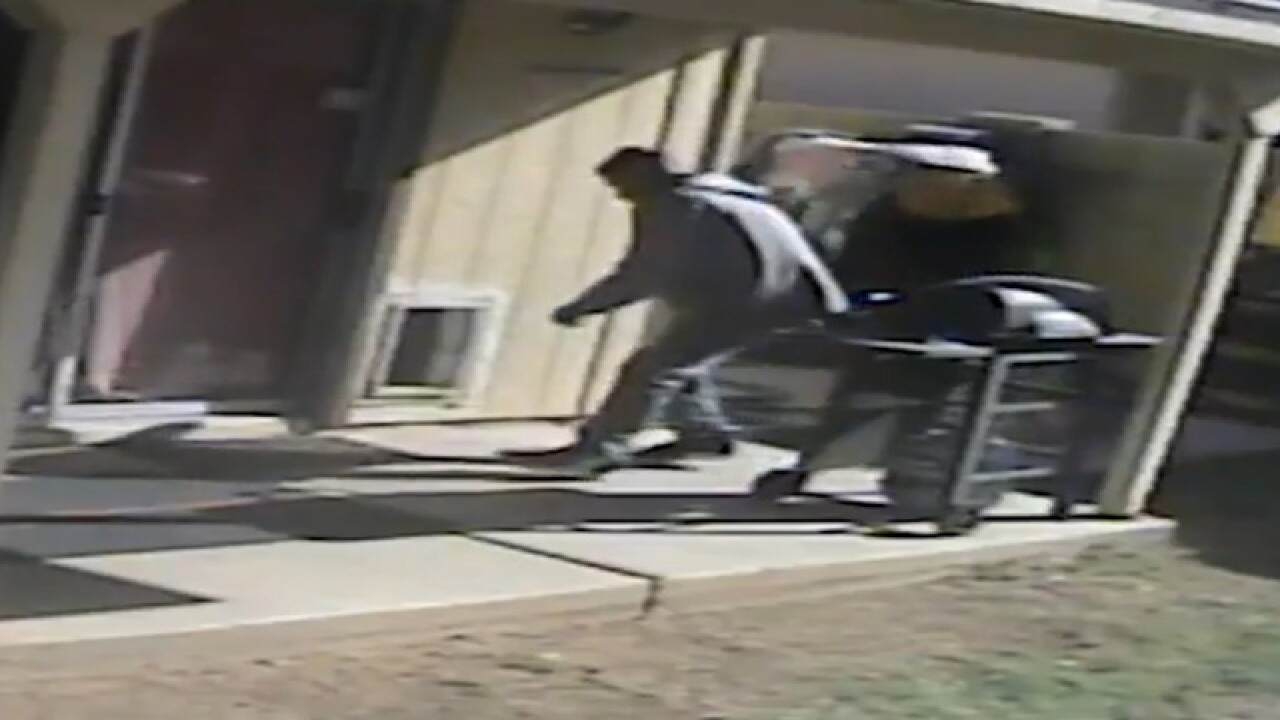 Police in an Arizona city are looking for a man and woman who were caught on camera breaking into a home through a dog door.

Home surveillance video captured the entire ordeal on camera from several angles, including interactions with the family pet. In the video, the suspects are seen backing into the driveway in a black, four-door Chevy Impala with temporary license plates.

The homeowner, who asked not to be identified, said the burglars made off with thousands of dollars worth of electronics and other valuables.

"They knew exactly what to look for, where to go and what to take," he said.

The man and woman exit the car and knock on the front door before the man jumps the wall to get through the back dog door. The man lets the woman inside by unlocking the front door, and they proceed to remove items from the house.

"Me leaving the house was planned," the homeowner said. "If you look at the tape, they were driving around before I even left."

The whole time the thieves were at the home, the family dog was following them around and was left in the driveway when they took off with the stolen goods. Fortunately, a neighbor found the dog and took him to safety.