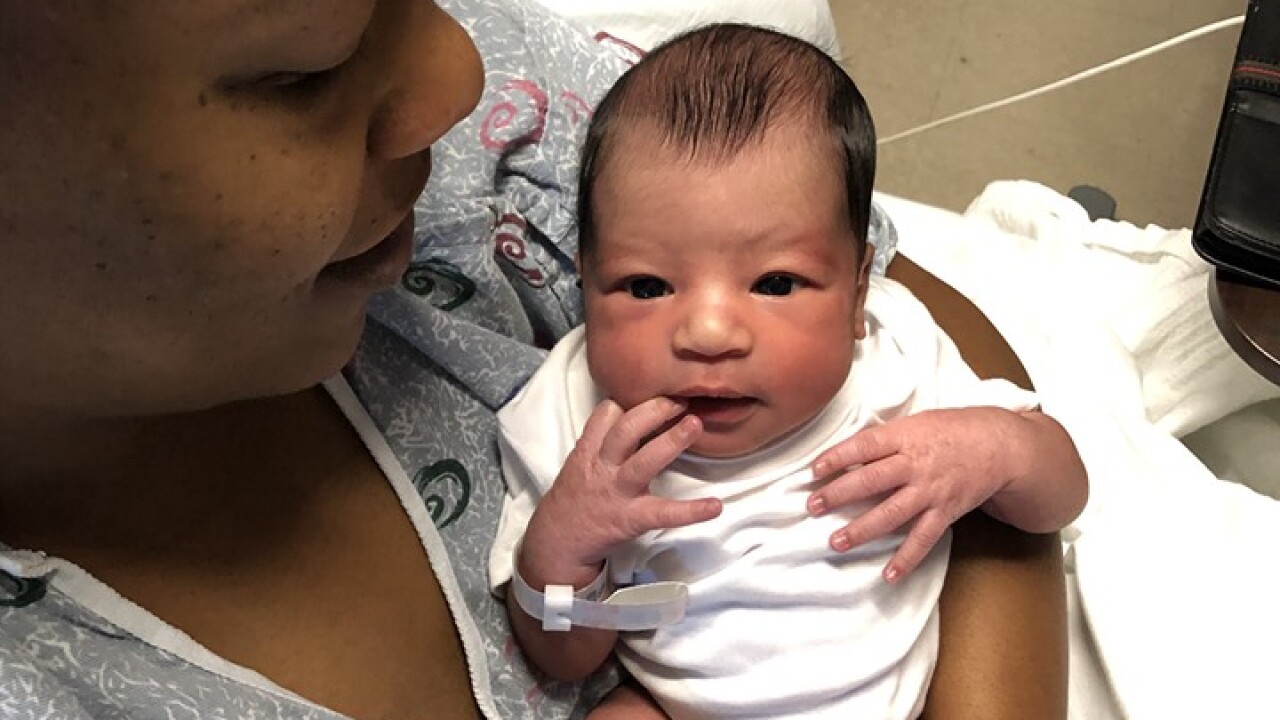 HENDERSON (KTNV) — Without the help of doctors or even 911 dispatchers, a Henderson couple delivered their baby in an unplanned, unexpected place.

Michael Addison, the father, told 13 Action News it was a "beautiful nightmare" since their baby girl was born as he was driving his wife to her checkup at the Henderson Hospital.

Addison's other three younger kids were in the back seat, his two daughter were crying since his wife was in obvious pains.

"That was the most intense situation I've ever been in," Addison said.

The couple lives less than 10 minutes away from the hospital but that was not close enough.

His wife's due date was June 8.

The mother was in the passenger seat having contractions, and it wasn't long before she delivered the baby herself.

Their 10-year-old son Jayden captured the entire thing on video.

"We were making a pre-baby delivery video to get ready to welcome our baby into the world, for the future. We didn't expect in to happen within the next four minutes," Addison said.

The internet is now calling their newborn "Infinity Baby' since she was born in the family's Infiniti FX35, hence the nickname.

Addison said the drive to the hospital felt like an eternity and had forgotten Jayden was recording a video.

"Six hours later, I watched the video. Oh wow! He recorded the whole thing and it was the perfect PG 13 angle," Addison said.

"[It was] crazy honestly. I would say I was surprised cause we were just in back seat. I was recording and I guess he forgot I had the phone," Jayden said.

Nurses and doctors are also seen in the video helping the mother once they arrived to the ER.

"After I watched the video [and] I felt like I had to share it with the world. It was exciting to me. It was a beautiful nightmare," Addison said.

He posted the video on Saturday and has been shared and viewed thousands of times.

The happy couple is back home with their fourth, healthy child.

"She is so precious," Addison said.

Addison said their family no longer fits in their Infiniti and started a fundraiser on Facebook in hopes to raise some money for a minivan that will fit their family of six.