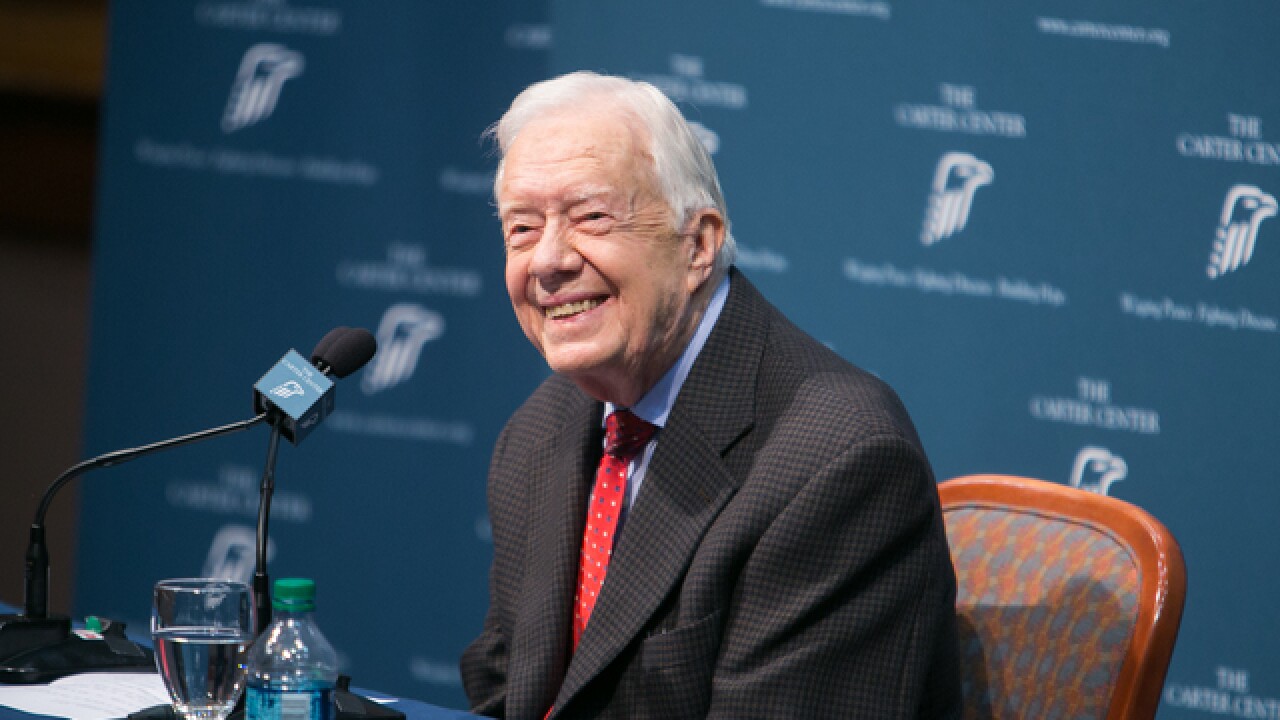 Copyright 2017 Scripps Media, Inc. All rights reserved. This material may not be published, broadcast, rewritten, or redistributed.
Jessica McGowan/Getty Images
<p>Former President Jimmy Carter discusses his cancer diagnosis during a press conference at the Carter Center on August 20, 2015 in Atlanta, Georgia. Carter confirmed that he has melanoma that has spread to his liver and brain and will start treatment today.</p>

Although some people consider Jimmy Carter one of the worst presidents of the United States, his popularity has soared since he left office.

The 92-year-old president was recorded shaking the hands of every passenger on board a recent Delta flight from Atlanta to Washington.

It is a friendly gesture that he has made a habit of, according to the Huffington Post.

Jimmy Carter is on my plane to DC from ATL and just shook every hand of every passenger. #swoon #atl #delta pic.twitter.com/y6otolbhPj

Carter faced formidable challenges during his presidency, including a major energy crisis, high inflation and unemployment, and the hostage crisis in Iran.

However, he has built a distinguished career as a diplomat, humanitarian (Habitat for Humanity) and author in the three decades since then.