A new strip club could be opening in Las Vegas and it probably won't surprise you who is behind it.

Boxer Floyd Mayweather Jr. announced via Instagram and Twitter on Saturday morning that he is planning to open his "very own strip club in Las Vegas... ." The strip club reportedly will be named Girl Collection.

No other information was given. Mayweather is well known for hiring beautiful women to attend his parties and spending thousands of dollars at strip clubs.

He once reportedly spent $20,000 at a Los Angeles strip club and he showed up at a club in Miami one time with $50,000 to spend on strippers. 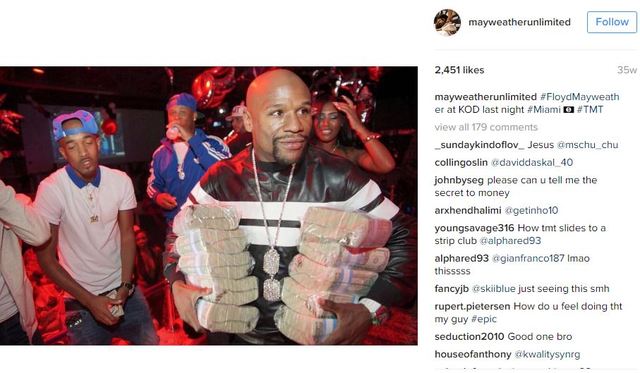 Mayweather is also known to frequent Las Vegas strip clubs and even sent a tax bill to Larry Flint's Hustler Club in 2014 because he reportedly spent so much money there.

Once reason Mayweather may be considering opening his own place is so that he can do whatever he wants without being hassled.

In November 2014, TMZ reported that Las Vegas police were asking Strip clubs in Las Vegas not to let Mayweather and his friends into their clubs. However, the clubs that TMZ spoke to said they had no intentions of banning the boxer and they never had any problems because of him.