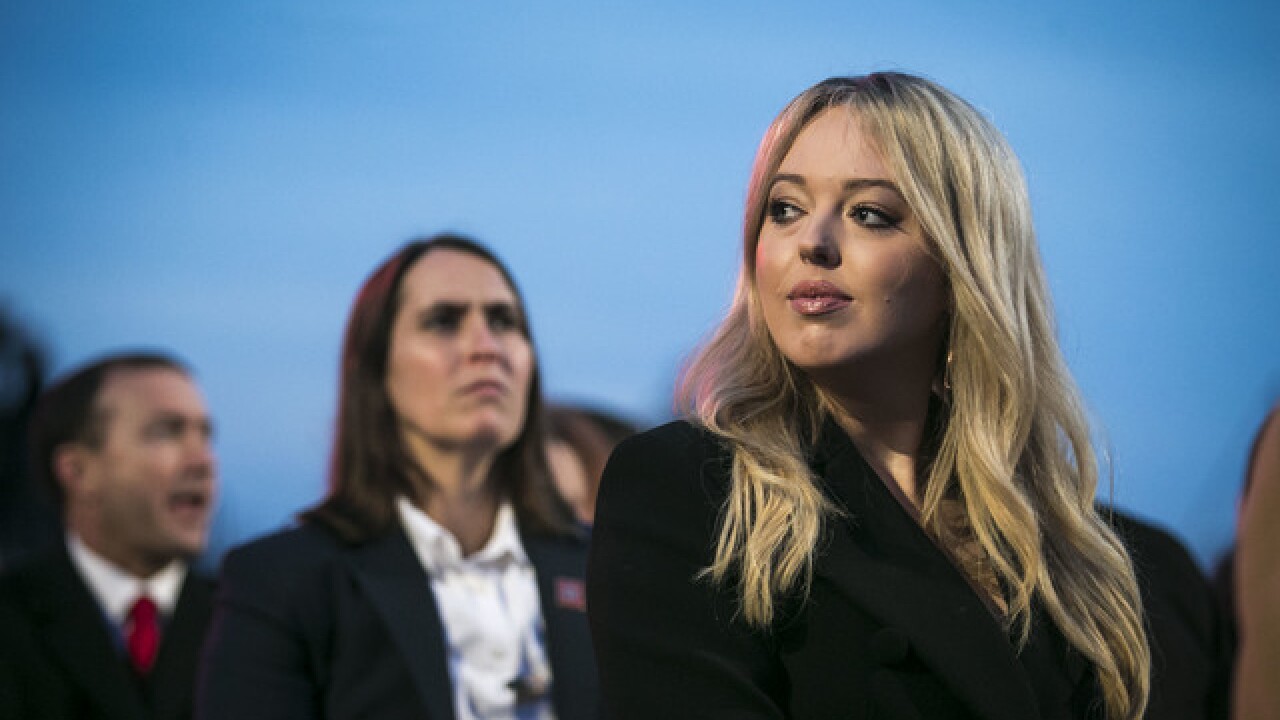 Copyright 2018 Scripps Media, Inc. All rights reserved. This material may not be published, broadcast, rewritten, or redistributed.
Pool
<p>Tiffany Trump, daughter of U.S. President Donald Trump, attends the 95th annual national Christmas tree lighting ceremony held by the National Park Service on the Ellipse near the White House on November 30, 2017 in Washington, D.C.</p>

First Daughter Tiffany Trump was in Las Vegas over the weekend to help her friend Just Drew designer Andrew Warren celebrate his birthday.

Trump and Warren are BFFs and Warren is the leader of what is known as the "Snap Pack." The BFFs have been photographed numerous times.

Warren posted a photo of himself and Trump on his Instagram account with the caption "Thank you for the amazing celebrations @lavolv."

Peter Brant also posted a photo on his Instagram account of the festivities. The group celebrated with LAVO’s giant ice cream sundae which was served to the table in an ice-sculpture bowl and topped with sparklers.

On Sunday night, Trump and actress Abigail Breslin dined at Beauty & Essex in The Cosmopolitan. The two friends were joined by nine others including Breslin’s boyfriend. The group enjoyed a selection of signature items from the chef while sipping on cocktails. Breslin, a regular to the pawn shop inspired retail store, purchased an array of items including a Dillion Guitar, Hello Kitty earrings, Deal or Neal sign, collector Barbie and Marilyn Monroe photo.

Thank for the amazing celebrations @lavolv !🍾

Good things come in blue packages, no better way to spend my roulette winnings than on this bae 💋👑💎

Tiffany Trump is President Trump's only daughter with former wife Marla Maples. Photos of Tiffany in a very short dress during the annual turkey pardon ceremony at the White House in November caused quite the stir.