Firefighters rescue raccoon that got head stuck in mayo jar 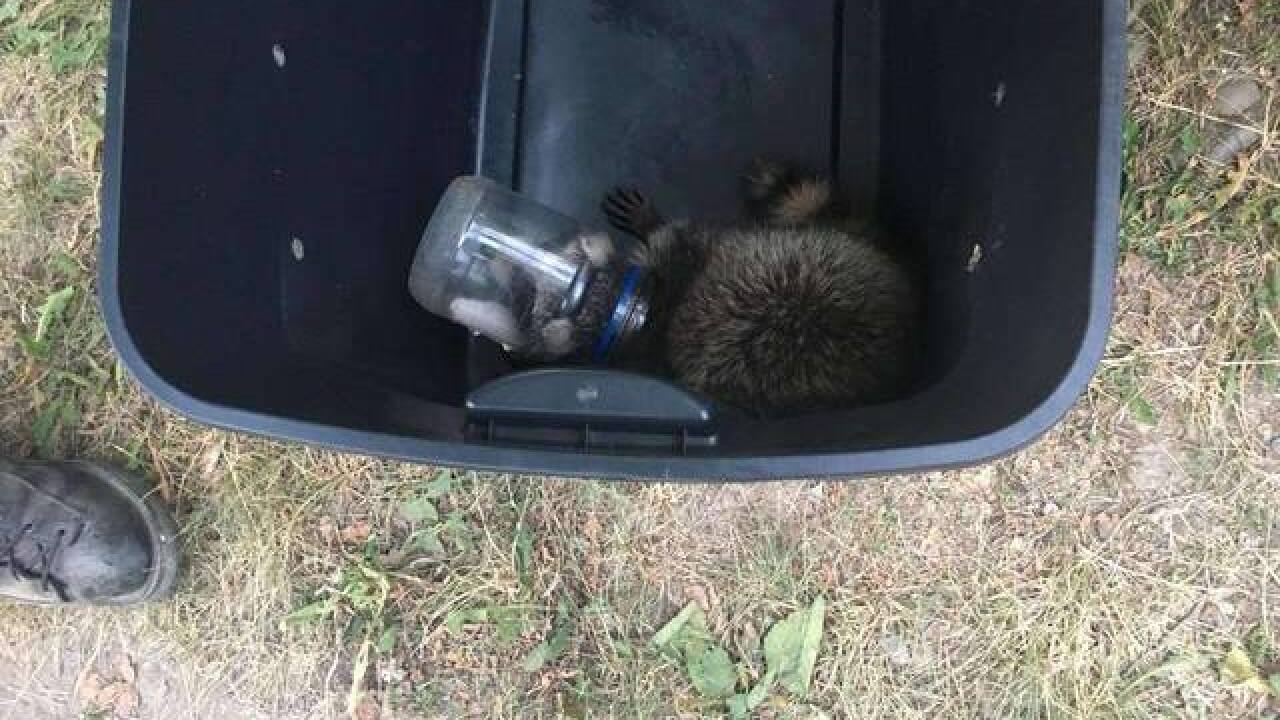 Copyright 2018 Scripps Media, Inc. All rights reserved. This material may not be published, broadcast, rewritten, or redistributed.
Ithaca Fire Department

Firefighters in upstate New York helped out a presumably hungry raccoon that got its head stuck inside a mayonnaise jar.

The Ithaca Fire Department says the raccoon was spotted in a tree during its recent predicament.

The Ithaca Journal reports both city firefighters and a state Department of Environmental Conservation officer got the animal down.

They placed the raccoon into a large plastic tub and freed its head.

Once the DEC officer determined the raccoon was not injured, it was let go. The critter was last seen running toward a nearby creek.