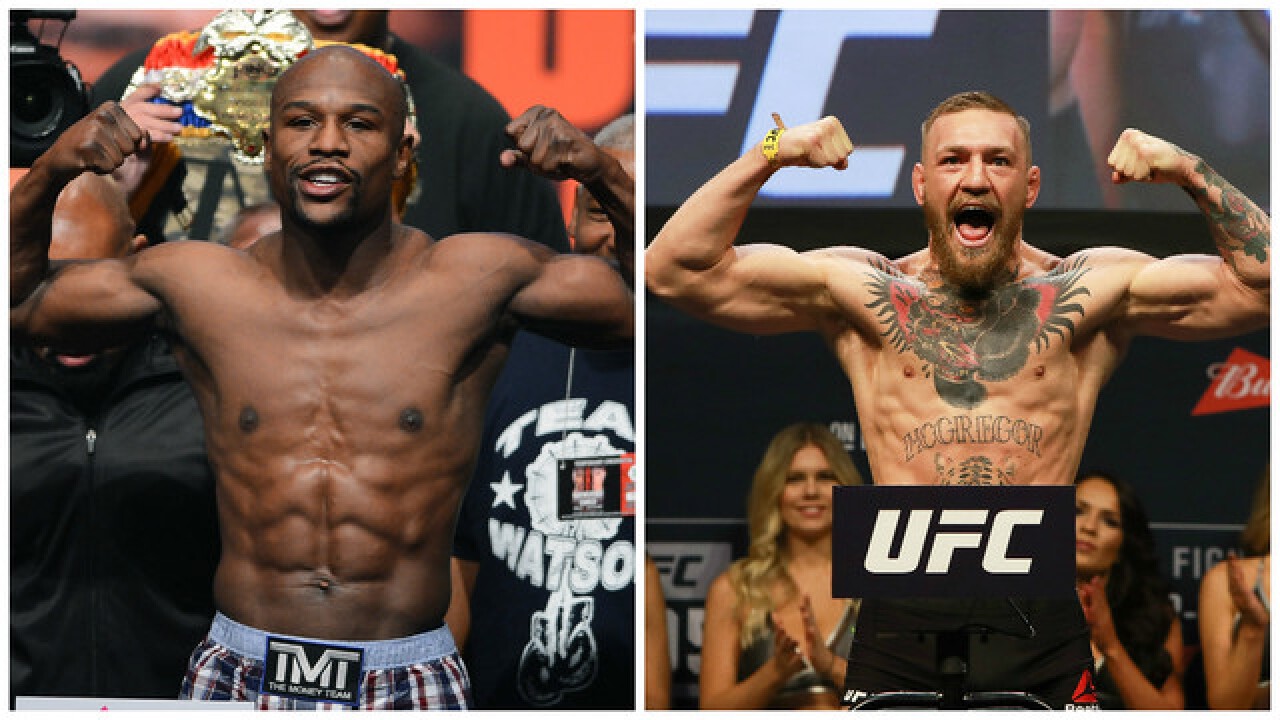 Copyright 2017 Scripps Media, Inc. All rights reserved. This material may not be published, broadcast, rewritten, or redistributed.
<p>FLOYD MAYWEAHTER AND CONOR MCGREGOR</p>

Mayweather told ESPN on Wednesday that he offered McGregor $15 million and a cut of the pay-per-view to take part in a boxing match.

The rumors of a fight began in 2016 when Mayweather posted a mock-up of a poster on social media.

McGregor added fuel to the fire when he obtained a license to box in December.

However, McGregor has supposedly demanded $100 million to fight Mayweather, who retired after his fight September 2015 win over Andre Berto.

Mayweather pointed out that McGregor has probably never even made $10 million for a fight.

McGregor made $3 million (not counting pay-per-view bonuses) for his victory in August over Nate Diaz.