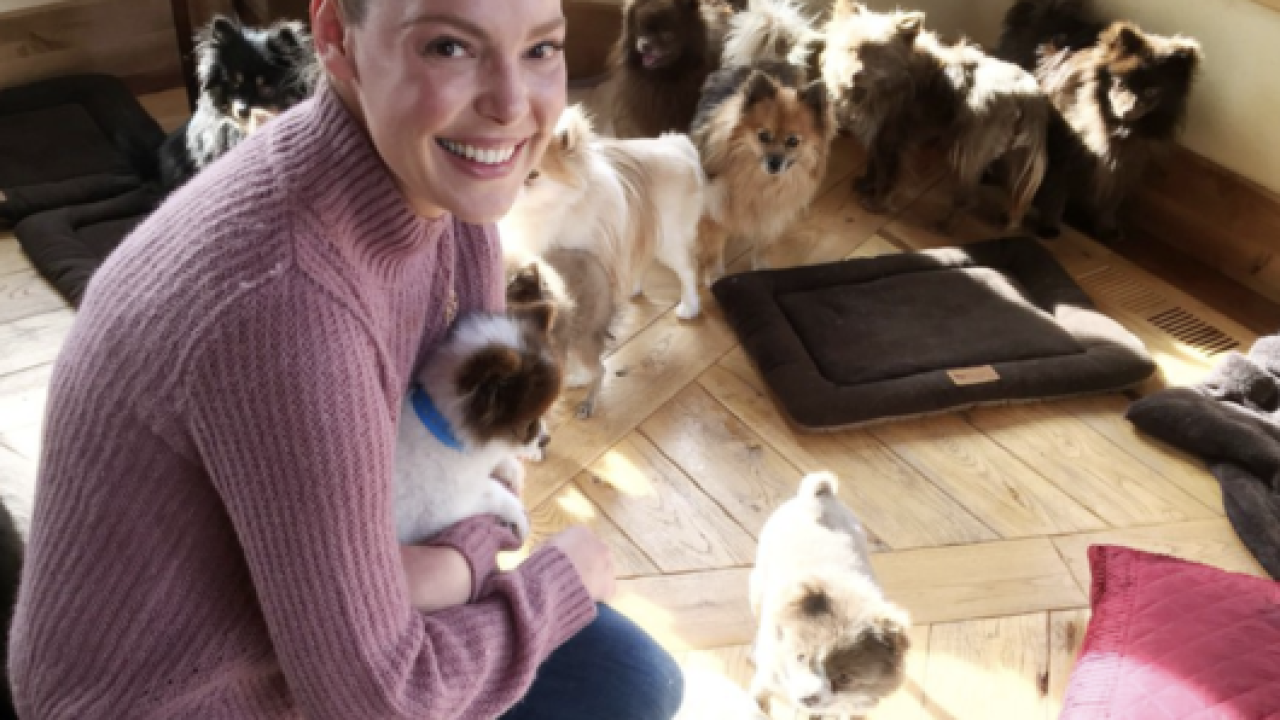 Copyright 2018 Scripps Media, Inc. All rights reserved. This material may not be published, broadcast, rewritten, or redistributed.
<p>PHOTO FROM TWITTER</p>

Remember those Pomeranians that were rescued from a big truck in November near Sandy Valley?

After the Animal Foundation nursed the dogs who had previously lived at a puppy mill back to health, they were made available for adoption.

RELATED: More than 160 Pomeranians rescued from truck near puppy mill

One of those dogs ended up in the home of a famous actress and animal lover.

A couple of months ago a UHaul truck was found abandoned by the side of the road in Las Vegas. When police officers opened the truck they found over 160 Pomeranians shoved 2 to 3 in crates only big enough for one dog. They were left with no food. No water. No fresh air. pic.twitter.com/DuBVp4v7PX

The @animalfndlv swiftly stepped in, got the dogs medical care and assessed each one. They did a phenomenal job caring for these cruelly abandoned creatures and I'm so grateful to them!

My @JasonHeiglFound took 12 of the older dogs who needed more medical care. I’m thrilled to say that as of today all 12 have found their loving forever homes (as have all the rest of the poms!)

One of them found his home with me...meet the newest member of the Kelley family Sergeant General Major Sir. Named for his commanding and in charge personality. We like to call him Sergeant Snuggles...he is not amused by this nickname. 😏❤️❤️❤️❤️ pic.twitter.com/CWMGID0sQX

Heigl, who is also the mother of three children, lives on a ranch in Utah filled with cats, goats, pigs, donkeys, chickens and other dogs.

Heigl and her mother Nancy also run The Jason Debus Heigl Foundation, which is a nonprofit animal welfare organization. The foundation apparently adopted 12 of the rescued dogs and has found homes for all of them.

As noted in Heigl’s tweet, all of the dogs have been adopted by people who were struck by their story.

Heigl’s breakout role was as Dr. Isobel Stevens on the popular television show “Grey’s Anatomy.” She won an Emmy for the role in 2007. Her most popular movies include “Knocked Up,” “27 Dresses,” and “Life As We Know It."