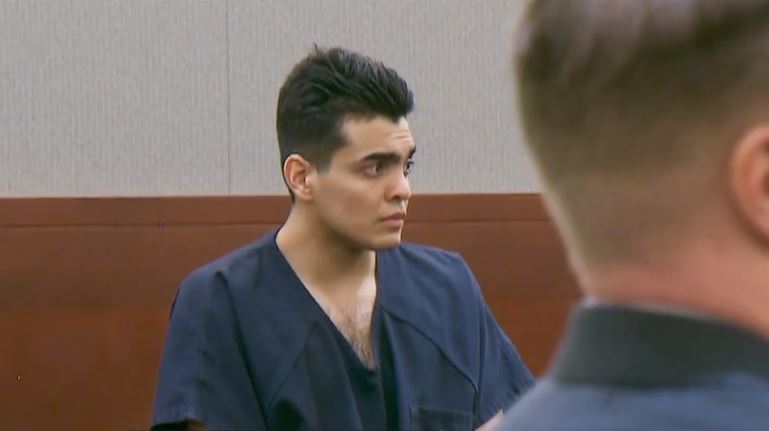 LAS VEGAS (KTNV) — May 22, 2019, 19-year-old Alexander Brewer was celebrating at his going away party. He was set to leave for the Air Force in five days.

That night, he drove drunk, hitting and killing 18-year-old Garrett Meriwether, a young man who had just finished his freshman year at UNLV and had goals of running a hotel some day.

RELATED: Vegas family raises over $25K for scholarships in honor of late son

Brewer pleaded guilty to his two charges of driving under the influence resulting in death and reckless driving, and in court Monday, was sentenced to between five and twenty years behind bars. The court date would have been Garrett's 19th birthday.

In court, his parents gave final statements before the sentencing came down.

His mother, Debra, shared letters written by Garrett’s younger siblings, both saying how much they had looked up to their older brother. His father, Steve, is a retired Metro sergeant and said that in his decades of work, he thought he knew what pain felt like, but found the real feeling of pain when his son died.

“My wife and I will probably die of broken hearts one day because we are broken,” said Steve.

In court right now for the sentencing of Alexander Brewer. Brewer killed a Las Vegas teen in May in a DUI crash. Today would have been the victim, Garrett Meriwether’s, 19th birthday. Meriwether had just finished his freshman year at @unlv and hoped to run a hotel some day. @KTNV pic.twitter.com/3Tm792w37x

In court, Brewer’s mother, Helen, asked to speak but was denied. After court got out, she told 13 Action News that her son has always said he needs to pay for his mistakes.

“He said mom don’t take me out of this, let me face it. My son was the first one even bleeding to go and run and try to save that kid, he’s the one who called 911, tell me how many teenagers doesn’t run,” said Helen.

In court, Brewer made a statement, saying he has always said he is guilty and he knows he hopes others learn from the mistakes he made and don’t make the same ones.

“I do believe that I should go to prison but I also believe that my actions aren’t okay, but I do ask for forgiveness from the family ,” said Alexander.

The judge also got emotional. Judge Jacqueline Bluth shared a personal story. She said when she was 20 years old, her three friends were in a car crash. One friend drove all of them drunk, flipping the car and killing the other two.

“My friend who killed my other two friends, he took responsibility and he did what he was supposed to do and when he got out, he became a firefighter in the hope that he could save many more lives than the ones that he took,” said Judge Bluth.

As she gave out the sentence, she looked at Brewer and said she hopes he takes the same path.