Customers of a valley nail salon say they are being attacked online for posting bad reviews by the salon itself. 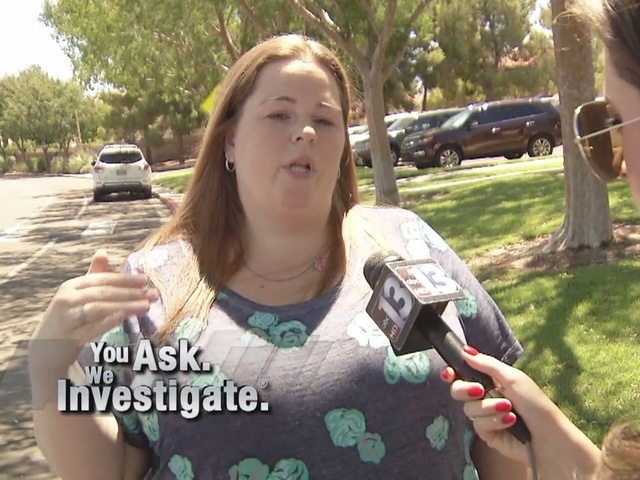 By: Stephanie Zepelin
Posted at 5:39 PM, Jul 06, 2016
Customers of a valley nail salon say they are being attacked online for posting bad reviews by the salon itself.
After what she calls a bad experience last September, Melissa Rogers said she left a review on Facebook for Nailed and Lashed Salon.
"So I did my review, but I didn't do the review that they wanted, I did the review that was truthful and then the attacks started," said Rogers.
She said the nastiness started with her and then got more serious.
"They posted a picture of my daughter," said Rogers. "They took a picture from my Facebook page and posted it to their business page, which is open to the public, so the whole world, all 6,000 of their fans got to see my little girl who's only 7."
Rogers was not the only one. Another woman who left a bad review shared two screen shots: Nailed and Lashed ripped a picture from her Facebook and posted it on their page, making fun of her hair. Then the owner's son posted the same picture calling her "white trash."
13 Action News went to the salon for answers. They referred us to owner Andrea Panning who came in Tuesday to talk with us.
She said the Nailed and Lashed Facebook page was hacked and she was locked out.
"It makes me feel awful," said Panning. "I sincerely apologize to anyone that was disrespected or there were disparaging comments made."
Then, 13 Action News heard from more customers and a former employee who said the owner and her son have been writing nasty comments to people who leave bad reviews since April of last year.
When we called to follow up, Panning's tune changed.
"Well we do have a social media person who is no longer with us," Panning said Wednesday. "I don't know what comments you're referring to. I had no way of getting into Facebook. I was locked out. I did not make those comments."
The Nailed and Lashed Facebook page has been deleted.
This story is a prime example of "doxing." Doxing, by definition, is to maliciously publish an individual's personal information online. That personal information can consist of names, phone numbers, social security numbers, or personal pictures.
Even First Lady Michelle Obama had her social security number, past phone numbers and credit report exposed. Other celebrity victims include Kim Kardashian, Mel Gibson and Beyonce.
But, as you can see from Nailed and Lashed customers, regular people are doxed too.
Doxing is not illegal since the details broadcasted can be found online.
Those details can lead to humiliation and job loss. Doxing can become criminal if the information is used to stalk, harass or gain access to private data.
You should pay close attention anytime you post online. Always make sure to review your privacy settings on social media accounts, and create complex passwords with letters, numbers and symbols.
WATCH BELOW TO FIND OUT MORE ABOUT DOXING.
Copyright 2015 Scripps Media, Inc. All rights reserved. This material may not be published, broadcast, rewritten, or redistributed.