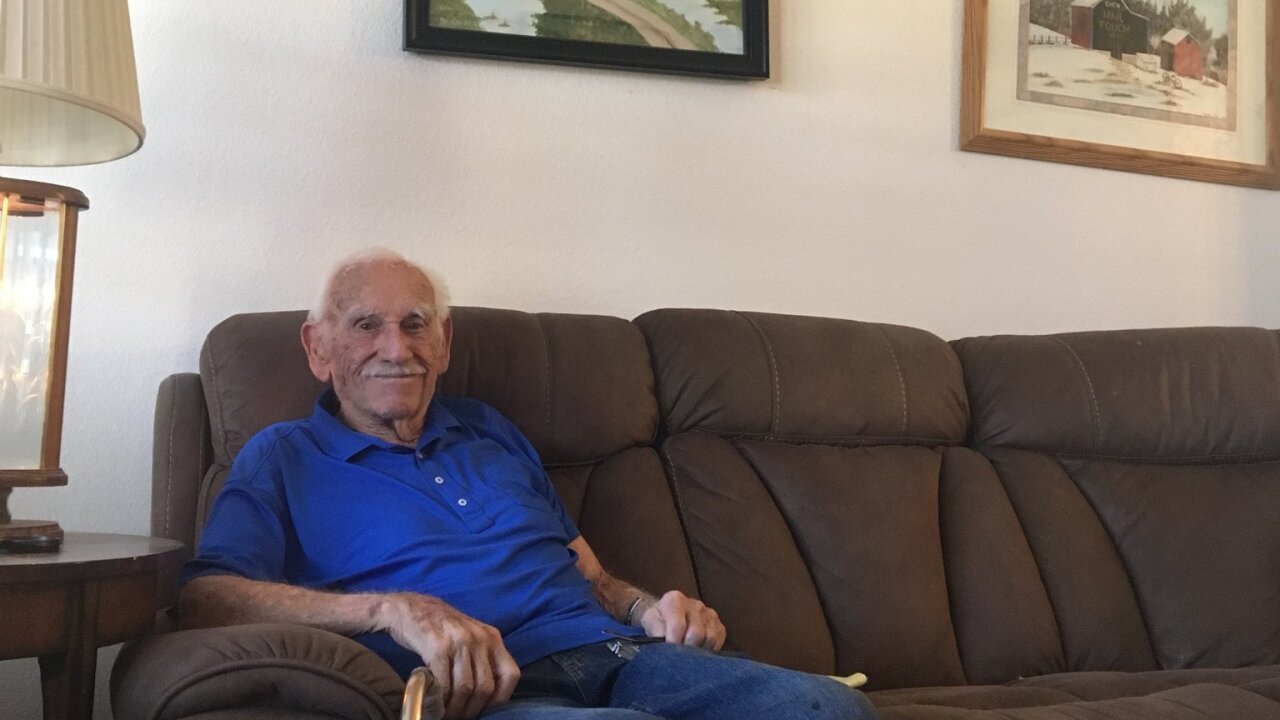 LAS VEGAS (KTNV) — If anyone knows about how to survive tough times, it's World War II veteran Dean Whitaker.

"It's hard to talk about because it's so plain to me," he said on Memorial Day. " I remember it so well. And being alive today is a miracle."

Whitaker flew 20 missions over Europe as a bombardier in the U.S. Army Air Corps. His service is bookended in bravery, earning a purple heart on his first mission and getting shot out of the sky on his last.

"I got down to the ground and they were coming up at me with guns," Whitaker said of the German troops.

Whitaker survived. Most of his crew did not.

"I got out and the co-pilot got out, Paul," he said, pointing to a picture of his crew. "The rest of them were killed by the Germans."

A hero himself, Whitaker has spent much of his life sharing the stories of the men he fought alongside.

"One of the fathers of one of these boys visited me when I got home. It was very sad, explaining to him what happened to his son," he said.

On this Memorial Day and every day, Whitaker hopes you'll remember those who came before.

"There's sure a lot of veterans that didn't make it. We should remember them.They should be grateful to live in the United States," said Whitaker.

Whitaker has lived many lives since his service. He's been an architect, a teacher, a real estate agent and now, he spends most of his days painting. When he was being held as a prisoner of war, he drew blueprints of houses for his friends - something that gave them hope for the future.

Whitaker said hope and gratitude are what got him through.